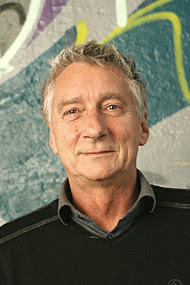 
The Edgar Broughton band met Arne on our first Norway tour and we became friends. Steve and Arne were very close. Arne, older but fundamentally unchanged, was at our last Bergen gig many years later,.

Arne was a very skilled photo/graphic artist and was well known for his fine work. When the EBB was working on Bandages, recorded in Oslo and later re worked and re mixed at Mike Oldfield's studio, Arne was commissioned to design the album sleeve. The tall ship on the rear of the sleeve is still docked in Bergen where the sleeve photo was taken. In the sleeve design the earth is bandaged. The band was going through some challenging times and the bandaging seemed very appropriate to me then and still does. 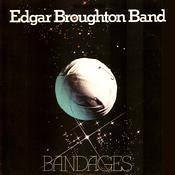 The album, recorded in Oslo, included contributions from Norwegian musicians and it seems right that the sleeve was also the work of a Norwegian photo/artist.

Arne was a generous, kind, gentle man who was a constant and loyal friend of the EBB and one of the exceptional Norwegians who made our times in Norway very special.

I will always remember the happy, wild times we spent together as well as the calm, reflective Arne who supported and encouraged us.

Sorry to hear about your friend!

Sorry for your - and the bands loss of a good friend Rob.
Looking forward to your gigs in Kristiansand and Stavanger, will be nice to hook up with Luke and you again and have a good time together.
Pitstop and pizza, K's the chef :)