﻿Luke's winner of the caption contest is number 1. We liked 2 and 3 a lot as well so, they get a signed copy of the ONE cd.
So folks, if you wrote any of these captions email to edgar.broughton1@btinternet.com with your postal details, telling us which is your slogan and we'll send the goodies.
By the way if there had been a team prize for multiple entries Otter would have won that too.
1 One day, Luke my son, this face will be yours
2 Just how much botox did you give me?

3 What do you mean Kenny Dalglish is in goal for the Everton game????
NICE ONE FOLKS!
OK
So you didn't win but ....
you still want one.
The FIRST person to work out the missing sentence in the coded pic below and email it to me gets the Harvest Years boxed cd set.
Here is a clue - THE LAST LINE IS ALL YOU NIED. 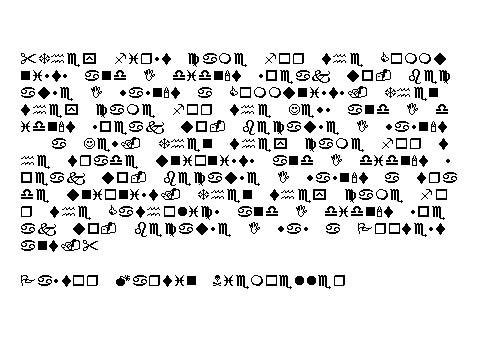 There are slightly varying versions of this text but Jim (from Bristol) was first to identify the text and to send me a version of it with the missing last line so he wins.

You'll never walk
You'll never walk alone.
Inspiring words and a truly great song from Rodgers and Hammerstein. As an LFC supporter it means a great deal to me. Things are not going well for our team at this time but it is a fairly insignificant problem when I consider what is happening in the UK as a result of Government policies. There are times when it can feel as though the walk is a solo exercise. I guess we all know that feeling. Some of you write to me and tell me about some of the difficult walks you are undertaking. Sharing is good.

As some of you will know I have been spending a lot of my time sounding off about the issues raised by the Cut Deep Cut Fast policies of the ConDems and it’s time to get back to making music for a week or two.
While I realise that not every one who likes the music is of the same political persuasion as yours truly, it would be good to know who is willing to walk the walk. So, let me know if you would like to be part of a steering group for First Supper Actions. Let me know if you are someone who wants to give teeth to The First Supper in 2011. What ever your views are I welcome your feedback, thoughts and your suggestions.

info@edgarbroughton.com
In the message title please write:
"out of the blue"

I have decided to leave this post until The Hot Phones demo on Monday the 31st of January and won’t be posting again until the day after on Tuesday the 1st of February. Keep the stream of humorous captions coming for The Harvest Years competition. When Luke picks the winner I will announce it on this post. The winner can contact us by email and we'll send the goodies.

I haven’t a clue what will happen at Anfield on Sunday when we play Everton but I would be very happy with a BIG SOCIETY - 1   Con Dems - 0  score on Monday the 31st of January. 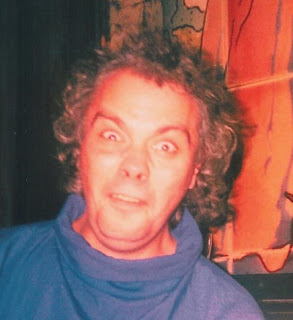 I have just got copies of THE HARVEST YEARS the 4 cd Edgar Broughton Band  boxed set from EMI. There are 6 previously unreleased live tracks from the 1970 Hyde park Concert.
So best caption for the photographic blast from the past above, will receive a signed copy. Usual rules. Leave as many "captions" as you like as comments (no emails for this competition please). Competition ends on FRIDAY 22ND.
Luke will be judge on this one.

http://edgarbroughton.com/hot%20phones.html
It is my belief that for the cost of a phone call it might be possible to make an effective protest against Government policy providing enough people made a call at roughly the same time.
The ConDems have said they will instigate large scale consultation by referendum and petition in order to canvas the people on matters of policy. The Government already has a website for the purpose of receiving  petitions with more than 500 signatures. http://petitions.number10.gov.uk/
It was set up by New Labour but is now suspended. I would like to see it reinstated. It seems a reasonable demand and one in the spirit of democracy and THE BIG SOCIETY.
So - What would happen if lots of people phoned / emailed Conservative head Office and the Lib Dem head office on the 31st of January to ask -
Why is the Government petitions site suspended?
When will it be possible to submit new petitions?


After a small but successful "event", further "events" of larger dimensions could be delivered on a regular basis e.g. the 31st of every month.
I will be making my call at 11.30 am on the 31st of January. I will be emailing as many people as I can, inviting them to join me by calling and or emailing the ConDem one or more times during 31st January. If you are going to join me please invite your family and friends to join in.
It's a cheap, legal, experiment that could have a positive outcome or at least disrupt the Condem machinery for a while.
If any one out there would like to join me  you could call
Conservative Campaign Headquarters at:
0207 222 9000
You could also email David Cameron at:
https://email.number10.gov.uk/
You could call the Lib Dems at:
0207 222 7999.


You could also email Nick Clegg at:
https://www.libdems.org.uk/contact.aspx


If any one would like to help me organise things a few days before please email me.
peace

animation by http://www.sevenoaksart.co.uk/
﻿2010 seems quite a while ago already. I’ve been looking back, as you do, picking the high and low lights as well as thinking about the important people from the year. Assange is definitely one of them. Bob Crowe is another, warts and all. Recently a friend wrote to ask me if I thought Mr Assange would be a worthy contender for the Nobel Peace prize. My friend cited a list of previous winners who, in my opinion, he quite rightly identified as not entirely worthy winners. My pick of those would be Olof Palme, the assassinated Swedish prime Minister and International Arms dealer.
It is clear that Mr Assange is loved or hated, doted on, persecuted and likely to be prosecuted. He has the qualities that endear him to millions and it is alleged, the power to threaten governments ability to function as they would like. His enemies are those seeking to hold on to their power at all costs and to keep secret much of what they do. Critics have said that he is threatening the very basis on which governments operate. For example, if ambassadors and diplomats cannot secretly report back to their masters on the workings of the nation they are ambassador to then – government will not work. It is highly likely then that to some followers and supporters of Mr Assange this kind of talk of the potential collapse of world order is manna from heaven or the other place.
With all of his other attributes and capabilities, it could be said that Mr Assange has all the qualifications for the post of Anti Christ according to Biblical description. I once played with the idea that the Communist reformer Gorbechev was also too good to be true so don't be alarmed. It is only a game. According to Jehovah's Witnesses the Anti Christ is already among us. So, never mind about the Nobel Peace Prize. What about Assange as contender for the Anti-Christ? Can’t see John Pilger as his “ John the Baptist” myself but it’s a good un for the conspiracy theorists, don’t you think? End timers take note. The USA End timers want to see the end of the world because then comes the rapture when they will float up to heaven as the last of the rivers dry, the air is thick with the smell of burning oil and all the fish are gone from the seas (sob).

Moving swiftly on, a First Supper correspondent in the East Dulwich area informs me that a person who is well connected told him Lady Margaret Thatcher thinks she is David Cameron. How sad and ironic when we can all see Davey boy thinks he is Lady Thatcher!

So what else was especially interesting in 2010? Many of us decided we didn’t need many things so we stopped buying them. Hurrah! For myself if you don’t sell something useful and something I need as opposed to something that would look nice on my wall, I will not be buying. One of my other resolutions is that I won’t be celebrating Christmas in the same old way. This year I will be working for a homeless charity called Crisis so that is where I will be. I finally worked out what it is that I hate about Christmas. I can moan all I want pre Christmas and make fun of all of those already buying for the 2011 Yule tide etc, etc. I can moan all I like about Christmas post the ludicrous event but during it I have to shut and put up so as not to offend others or give the impression I am the reincarnated Ebeneezer Scrooge. Enough! I suggest next Christmas should be a time when we do something for those less fortunate and little else. Don’t buy all that stuff no one needs and be truly happy knowing that we have made something meaningful out of a pigs ear. After all who among us really needs yet another silk purse?

Finally it is very clear that Condem party is desperate indeed. They seem exceedingly anxious to minimise the damage to themselves as they begin to hack away vital services to the poor and vulnerable. They are inept so that their attempts to consult, in the spirit of the big society, are being met with feedback they really don’t want to hear and cannot act upon because of their cut deep and fast doctrine. It is interesting that there are no new petitions on the Government website after New labour left office and currently it is not possible to post a new one.
Still, they have been forced to backtrack on a number of issues already. For example they have decided to offer two free years university education to the poorest students. The idea is that the universities will pay for one year and the government for the other. Like most of their thinking there are gaping holes in their logic. The poorest students will mostly attend what are called the new universities which cannot afford to match the governments offer to pay for one of the two years.

Meanwhile the Condem plan to remove mobility allowance for disabled people and those with additional needs. Already firemen and ambulance workers are being made redundant and the Society of Midwives is up in arms about a diminishing service. The Condem has decided that 50% of Coast guard centres can be closed. Why didn’t any one spot that we didn’t need half of our coast guards before? Shouldn’t someone lose their job for such an error? And so it goes on and on. The Norfolk Disabled Coalition have said their members will lose as much as £1000 per annum when benefits they are entitled to are cut as well as the loss of services to them. I estimate this would be the equivalent of around £70,000 if the same was cut from Cameron's salary

2011? The year of massive civil unrest and disobedience or will most of us be apathetically thankful for what we are about to receive?