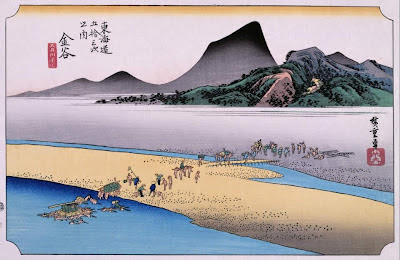 When the caterpillar crawls out from it’s chrysalis it doesn’t wait to see what will happen. Small and vulnerable it makes it’s way in the world immediately and the small change that is necessary, before most of us can begin the significant change we really need in our lives, is not necessary for the caterpillar. Does it worry about being food for the birds? No. Ah but we are sentient and there is the problem. We think and we worry. Some times we think too much and worry about the wrong things and cannot see the value of what is with in our grasp, what we already have. We worry about time passing and don’t live in the moment we have. We rush through beautiful time and spaces seeing nothing because an old and redundant reality demands it. We want more stuff or less stuff. We want to be young again and potent because that was when it was all good. Was it? No, nor is it now but these are exciting times.
I believe that in order to grow and know we have to participate with others and not always on familiar ground. Push the envelope. It is good to be out of one’s comfort zone, with others, some times. It broadens the outlook and fosters positive change.
We have to have some thing to say, some thing to contribute. We can change so much and we must all have hope or be defeated. Even when we are low and sad most of us have some capacity for choice and meaningful change that will bring real benefit.


Of course some times the darkness is seemingly insurmountable but often the way forward is brighter and clearer than we think. Even then we are some times afraid the way forward might rob us of our comfort zone where we languish in the place we know best. I have had my share of suffering brought about through my own contrivance and I was not able to see it for what it was.
Some times the well intentioned support system provided by friends, family and colleagues can be a negative force that may provide a kind of security that keeps us locked in our pain. We can get used to it and we can get used to needing to be where we are in spite of our complaining about the cost of staying in such a static mode.We can’t live in the past nor take enough succour from past glories to carry us into the future. What is gone is gone and done with.
Every new day presents an opportunity to re-invent ourselves, to throw away the old us that doesn’t work well according to the new day’s review and to make a new us. I know that this opportunity is not an option for all people. Capacity is critical though I constantly see the efforts of those for whom life is irrevocably challenging and I am humbled. We should try to become how we are supposed to be. How do we know what that is? The answer is in the quest for self awareness and then self development.  The barometer of success in this is felt as happiness and contentment and the increased well being of those closest. 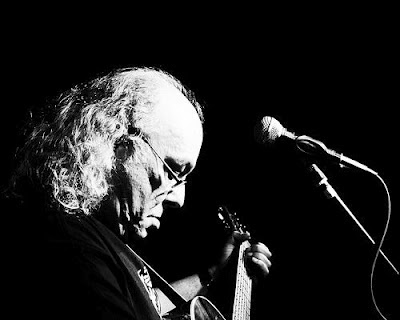 
The first of the public gigs rolled up over the past days kicking off with a very enjoyable evening at The REAL MUSIC CLUB based at The BRUNSWICK in Brighton and Hove. I was accompanied by my very good friends Ramblin Randell and Dave Clarke who took some great photos . We drove down via the scenic route courtesy of Ramblin's mad American female sat nav voice. Ramblin had re programmed his sat nav and performed an update producing some very strange and amusing utterances from the voice he'd named Doris. I hadn't seen Clarkey for ages and it was very nice to catch up. We have all recently joined the ranks of the semi-retired and were all agreed that it was going very nicely thank you.
Great to see Shoreham Steve and Bournemouth Tony and a blast from the past in the form of 15th Screen a band I programmed drums for many years ago on a project I co-produced which still ranks with me as one of the most original recordings I have had the pleasure to be involved with.
Thanks to Greg Mckella and all at the Brunswick for a great evening. Andy Twyman had started the evening off with a stomping set of bluesy boogie. Paradise 9 were on their usual head warping form with a lovely set of pure psychedelia that hit the all the right spots.
By way the food at the Brunswick is superb, very reasonable and the atmosphere is great.

Next day I was off north to Wigan to stay with my tour manager John and his partner Val. The next day John drove me to Hull where I played the New Adelphi which is a very long established music venue that has stood the test of time. As a venue it sits some where between Pheonix Nights and Mothers the famous Erdington club which closed many years ago. Slightly faded though gloriously funky the New Adelphi is a treasure. Thanks to Eddy Brewsher for  organising a great night for me with one of the warmest and attentive audiences you could wish for. I will certainly be looking forward to being asked back in the future. One high light of the evening for me was a kind note left for me by Michael Chapman. Thank you mate. Another high light was the very amusing and unusual set by Johnny solo laced with northern wit and political comment. Ace! A great night out in Hull. Job done. 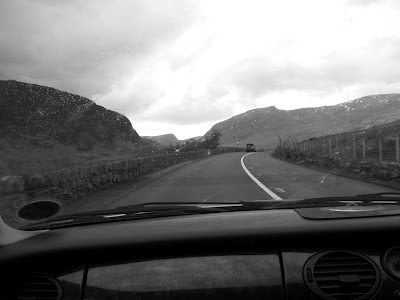 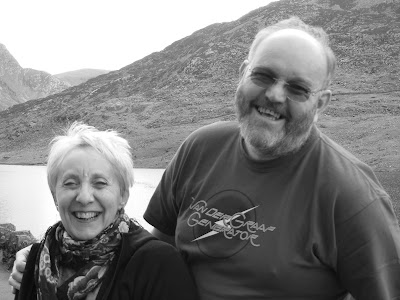 I was in the north with my friends for about nine days all together and as well as taking a trip down to North Wales on one of the best days of spring, we had a meeting towards the gig we are putting together for the end of the year. Based on the castaway experience I have decided to make another one off show along the same lines with a set of old , previously unplayed material for acoustic treatment and a set of new material. The show will be a couple of hours long and we have a few other surprises up our collective sleeves for it.
While staying with the Bradshaws I made some head way with songs I am writing for the new band and some with songs I am writing for solo performances. The rest of the time was spent swopping tales and having a great time laughing a lot. 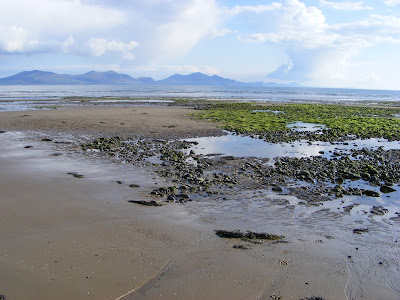 next time i'm taking the bass rod and lures 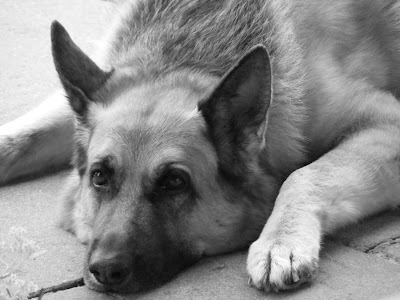 my mate inca one of john and val's twin "pups"

I never cared much for dogs until I met this one who has taught me some thing I never knew. He is so cool. 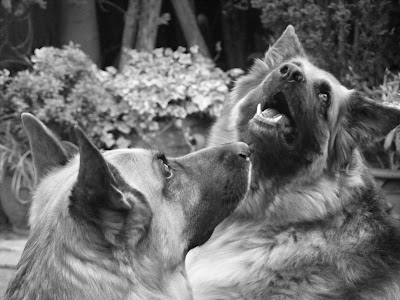 inca and his sister aztec 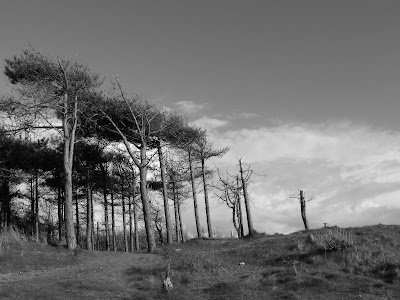 my kind of country

The week passed by and it was time for John and I to head north to Ayrshire where our host Ian Hay and his family and friends were awaiting my performance at the first Fair days pay For A fair Days Work show this year.
A very roomy conservatory had been added to the house and the show was to be the opening event. Ian and his family live in a beautiful part of Scotland in a lovely big old house with land. A lovely setting for a fair days pay soiree. 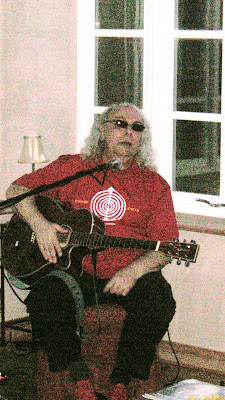 
The gig went nicely and I managed to relax even more than I usually do at these gigs allowing me to play around with some improvisations that were a surprise to me.This was  largely to do with Sandy the guy drafted in to do the sound. Ah! So just a guitar and voice, you might be thinking. Who could screw that up? You would be surprised and when the sound guy gets it right with just a little " chapel" reverb on the voice it is so cool for me I can't tell you. I had a ball so thanks Sandy and to every one else who made it happen and the invited audience who were a pleasure to play for. At the end of the show Ian Hay asked me to unveil an engraved plaque in the new conservatory with the legend "Opened by Edgar Broughton on the 27th March 2012". I was truly honoured.

I didn't exactly stick to the set list but I never do. 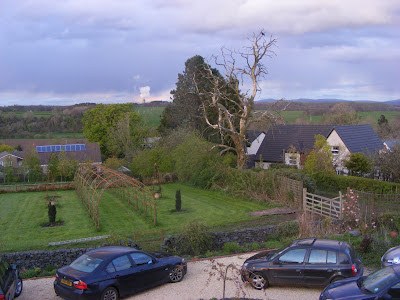 the view from my room

Breakfast was different with the Hay's version of a full English, vegan breakfast. After saying our farewells John and I headed south towards Wigan and another days plotting and planning the rest of the year before the trip back to London on Monday.
Thanks to all who made it possible and special thanks to my special friends John and Val Bradshaw who look after me so well.
Back to the grind stone then. I have lots of writing to do and I have to plan band rehearsals and finish the pre-production tasks for them.
Next week I am off in the wilds for a sea bass or two with lots of luck.