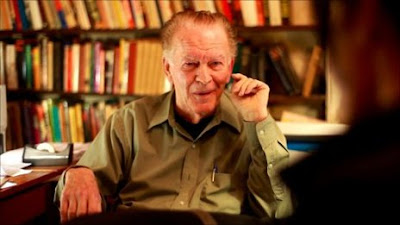 
There is no doubting mans potential for betrayal and his capacity for turning on his fellows. I was shocked when I first read the evidence that showed the white men who bought the slaves for transport to the colonies and to the UK met the slavers on the shores of West Africa at the waters edge. They were black like their captives. They were Arab and African and they sold their neighbours. They brought them to the beaches where the white men transported them in small rowing boats to the nearby, large sailed ocean going ships. The white men had no need to enter into the hostile interior of Africa searching for slaves.
Examples of such atrocities have resounded down the years and we have seen the tragedy of neighbour against neighbour in all the wars and conflicts. It is a human trait and capacity that seems to be present in a percentage of people of all races and is never more prevalent than in times of civil war.
So after the fall of the Gaddafi, revelations of systematic subjugation and the use of terror by Gaddafi’s soldiers against their own people were not so surprising. Nor is it surprising that many of the people remaining after the over throw of Gaddafi had become inured to violence and traumatised by it. They might struggle to throw down their weapons and discard the martial way of life. There will be concerns over the way they will dispense justice as in the case of Saif Gaddafi and co. Democracy isn’t just a process it has to be part of culture. This will take time even if it is the route chosen by the majority.

In Egypt The Muslim Brotherhood may yet be a wolf in sheep’s clothing after protestations that they want a civil society with no religious discrimination. There seems to be a growing tendency that favours Sharia Law and all that goes with it. Still the people have the right to choose their way and that is what freedom means. I don’t suppose there will be massive liberalisation in any of the Arab Spring countries, any time soon, but at least the over throw of a tyrant affords the opportunity to begin anew with better values and rights for all. To be free is to be able to get it wrong and it will take a long time before we can properly evaluate the outcome of the sacrifices made by so many.

At the onset of The Arab Spring the people who simplistically asserted that, violence is bad and therefore, the freedom movement was doomed to fail dismayed me. Few want to fight and I will always admire those who will not. The rest of us would probably fight if our lives and liberty came under serious threat.
Despots and their cronies have no problem with putting our lives under serious threat and their delusion and sense of entitlement knows no bounds where torture and fear are their instruments of rule.
The extra ordinary book From Dictatorship to Democracy by Gene Sharpe has become the bible of many of the protesters who make up the Arab Spring and clearly advocates and demonstrates the power of peaceful protest. How ever while it is being widely reported that Assad’s death squads are targeting children it is clear that peaceful protest is still being met with massive force. Where the basic rules of law and justice are absent the freedom movement will feel forced to defend it self.
Assad and his like will only take comfort as the bodies of martyrs pile up in the Syrian morgues. He will not be repelled by his own actions and he has to be stopped. We cannot be far away from a UN resolution that requires this. Meanwhile the seeds of The European Spring are germinating across the great divides.

My favourite quote of the week :

“If Dave truly believed in 'moral capitalism', Fred Goodwin would be in jail sewing mailbags” - Daily mail.
The new boss of Royal Bank of Scotland has probably done a reasonable job for his new employer – us. He gets a million a year for it so does he need a bonus?


By Myself is currently sold out but we are still taking back orders at http://www.edgarbroughton.com/shop.html
Back orders will be dispatched as soon as we get new stock.
You can also down load the album at I-Tunes, Amazon etc.

Most subscribers to the monthly EB News Letter will have received the first edition by now. Please let me have your feed back and any writings you would like to submit for inclusion in the subsequent editions.

Don’t forget I am looking to hear from folk putting benefit gigs together in 2012 with a view to offering my services. Keep me posted.

Finally. If you want a Fair Days Pay Gig For A Fair Days Work gig, during the summer months book now while dates are available.
http://edgarbroughton.com/special%20offer.html