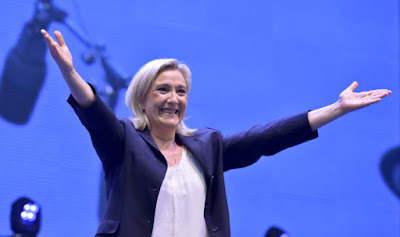 I sat up all last night, as I always do during elections, to watch the vote. I will never forget it. Politically it was the saddest thing I have ever experienced. Brexit supporters have had their way and created the worst night in UK politics for many years, as far as I am concerned. I feel crushed.

I am afraid that the divisions caused by this will be long lasting. As the disastrous consequences roll out I will find it harder to respect those who voted out. After a general election we can all carry on the fight according to our political colours. We can even work with political opponents and debate the issues. National politics is ongoing and presents positive possibility in the future. This is final and very different. There is no way to overturn this at a next election. I can't help thinking that the seeds of division sown last night will result in the poorest harvest. As I write this there are people on the radio phoning in to say if they had known last nights vote would have resulted in todays mess they would have voted remain.

Did the Brexiters want Scotland to leave the UK? I doubt it was even a consideration for most of them but now it is highly likely. Perhaps the SNP have no option but to hold another referendum. Most of Scotland voted to remain in the EU so now more of them might be in favour of exiting the UK. Many of us believed the Welsh would vote to remain in the EU partly because Wales has received more financial input from the EU than almost any where else and more than any one in the UK. For example they have the best roads in the UK. Wales stands to lose most financially from leaving the EU so who will make up the shortfall?

A day or so before the vote I had a very interesting and heartening discussion with Steve, my brother. He was fired up about the attitude of some of his friends who were voting to leave. I haven't heard him so passionate about any issue for a long time. He was talking about the divisions caused by the vote and the Little Britain position of some of his friends.
This act of ignorant stupidity will take years to recover from and the young will pay the biggest cost along with the disabled and vulnerable who will be further fleeced in order to balance the books. My young nephew Sonny who is in Vietnam with his girlfriend tweeted that he was gutted to no longer be a European.

Today the Treasury provided 1billion GBP to prop up the pound and this is just the beginning. Today the French are talking about changing the Le Touqet agreement but I suspect none of this means much or matters to most of the Brexiters.

The man who began this process and who railed against the unelected leaders of the EU was the unelected man celebrating Brexit victory all over the media in the early hours. His name is Farage and if you voted leave you have opened the door to the narrow, xenophobic game he wants to play.

If any one thinks I sound bitter after this debacle then they are correct. I do feel bitter, especially towards the people of my generation who have opened the door to the far right. The bitterness will subside but the repercussions of the 23rd June referendum will last forever. To those who pleaded charity begins at home, I say let us see what benefit the needy will get from this. It won't be long before we know. To those who wanted more autonomy and democracy I say let us see how we meet global / european challenges on our own.

Cameron's legacy will be coloured by the fact that he put his party before the UK. He wanted to satisfy the euro sceptics in his own party and promised this referendum to appease them. Corbyn has soft pedalled his remain message all through this process and I suspect he will have to go.
Boris will play his part in the New Britain and we shall all see his true colours very quickly. Remember this is the man who tried to fudge air pollution stats in London that were way below EU standards.

Farage will want his place in our history acknowledged. After all with out him none of this would have been possible. Don't be surprised if there is a large increase in UKIP membership.
Little British xenophobia and petty self interest was the big winner in this referendum no matter how much Brexiters deny it. This has tarnished this country and will give heart to far right figures such as Marie Le Pen all across the EU. The UK far right could never achieve what Brexiters have achieved with one little cross. 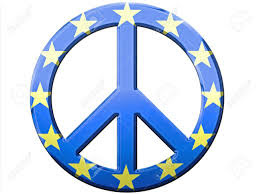 When I can I like to spend time fishing on beaches and rocks by the sea in the UK. I am always amazed by the amount and type of rubbish left in some places. I wonder how folk cannot see the implications of trashing the country side, for them.
I remember the fury expressed by many seaside towns at the idea that a European council could enforce a new standard of beach and sea water cleanliness with sanctions for those authorities who did not comply. Now the beaches are clean.
I remember when I couldn't buy a cycling crash helmet, any where in the UK, for my young son who was to ride in a kids seat on the back of my bike. I found one in Germany on my first attempt. It is clear the Germans had a better view of childs safety in that context than could be said of the culture here. A small example of how we might benefit from membership of a diverse community with different values.

I remember this Tory government wanting to deconstruct the human rights acts formed in Europe. Yes, we have always maintained a bill of human rights of sorts but, when former government ministers repeatedly lie about UK complicity in the torture of alleged terrorists, alarm bells ring. I suggest it becomes necessary to look at the stops and checks that limit the worst excesses of our beloved leaders, of any political colour. Our current membership of the European community ensures that our government is monitored, as are all it's members. With out this authority who would we appeal to when our own justice system fails us?
There have been countless occasions when the European Parliament has decreed that new and some older UK law is flawed, undemocratic and impacts negatively on UK citizens rights. It is said, by leave campaigners, that leaving the European community will bring more democracy and justice. Why don't I believe Boris Johnson?
There are arguments for and against EU rules that affect life in the UK. There is need for reform and for taking out the Kafkaesque nonsense that all government produces but if I listen too long to the out campaigners leaders I sense new darkness and the coming of a right wing, claustrophobic, Little Britain, narrow, isolated and mean.

Recent rainfall and flooding in France tells us that global warming is here to stay unless we work together. Not one European leader has the answer nor the will to do much about it. I expect like all serious potential threats government faces it will be almost too late to solve the problem when the penny drops that the only solution is collective. The only forward is by combining resources and working from the same plan. The threat to our ecology has reached a critical stage and is probably the most challenging problem we all face. I say this knowing that apparently millions of Brits think that immigration is the big issue. They are wrong. Controls have to be made. Reforms have to be made but make no mistake, the problem does not lie with the immigrants and refugees, but with those who want to conserve the ethically bankrupt sytem that governs who gets what. I suggest that ethos will not be overturned by coming out of our European partnership. It is more likely that the ethos will be come more entrenched.

We hear the expression charity begins at home. It seems to me that it is usually said by people who think that as a nation we give too much to outsiders and or foreigners. They have no concept of the value of diversity and it seems they are mainly concerned that they don't own enough stuff. They will never achieve satisfaction via the ownership of yet more stuff. Their stuff will never make up for a hole in their lives or bring them the happiness they seek. They don't seem to have the ability to understand just how bizzarre it is, that while one man wants new windows for his home and a new car, another wants some where he and his family can be safe and drink clean water.
This is a reality that will only be changed by a collective and not by separation. At this time I do not believe that a UK government of any colour can be trusted to run this country with out some stops and checks. I do believe the fears expressed regarding the financial cost of leaving the European community have some validity but I am more concerned about the possibility of a Boris lead society, politically estranged from its near neighbours.
I REMAIN yours truly.