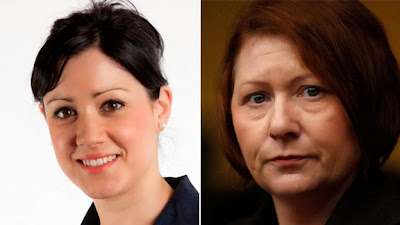 
Another year draws to a close and it has been a satisfying and interesting year for me. It has been a great pleasure to have met so many of you and some of you on several occasions. I feel I have got to know many you via the fair days pay gigs. I have become so used to playing these shows for you I really don't know why I didn't do some thing about it earlier. I first had the idea years ago but there it is. Better late than never and so the fair days pay gigs will continue next year. Looks like there is one or two  in the pipe line already.

The gig high light of 2013 for me has to be The Drug Store shows in Athens and I am looking forward to a return trip.

The electric band stuff has been held up by illness and the vagaries of life but next month is crunch time. Time to stand and deliver. I do enjoy my trips back to Warwick as long as I don't have to visit Warwick town for a bit of shopping. It is the most disappointing place if you discount the historical interest.

Some how I seem to have been less active on the fishing front this year. Other interests take over slightly and I seem to have been busy or the weather has been against it. I do seem to be gently sliding into the mould of fair weather fisherman these days. I didn't get a bass this year though Wales always throws up a fish or two from the sea and I had a few perch and pike here and there and some fun with tiny ultralight gear in Weymouth in the summer.

I am writing a lot these days and endlessly sifting through ideas for the ones that might fly. So much to do. I spend an increasing amount of time in front of my  Mac book's screen developing the songs for the 2014 shows and album.

The Condems continue to assert they are saving the world but it is unlikely that new planned cuts to services and resulting unemployment will assist in maintaining the upturn they are crowing about and unfortunately it is the poorest who are paying the price. I believe the recovery lauded by the Condems is built on sand. There is always a way to make the figures/data they have fit the avowed, political intent. No one was more adept at that than Blair. He still lurks on the world stage, in the background, like some gaunt and grim spectre waiting for apocalypse.

In 2013 we have discovered, it is official, to become a whistle blower is not a good life style choice.  Lots of sympathy but no legal protection and in some cases, no future in your line of work. Whistle blower Chelsea Manning was treated like a terrorist insurgent then jailed for years because she told the world about a US helicopter gun crew shooting civilians for fun. She also released documents, such as the manual of heavy handed protocols for dealing with the induction of alleged insurgents into residence at Guantanamo Bay, all of which the US government would like to have kept secret. They know decent Americans and Brits would be appalled at the low level ethos employed in so called anti terrorist practice.  After Edward Snowden's revelations Obama is desperately trying to placate US criticism of UK/US spying on "ordinary citizens". According to commentators, there is a growing awareness in the US that Obama only applies the laws he likes. Obama spouts about Mandela's achievements as though he could almost take credit for some of them yet Guantanamo Bay operates on a business as usual basis.

Among the large and growing world community of dispossessed, the refugees of Syria are hanging on in barely tolerable conditions on minimum rations in camps with out sanitation.  It is obvious their salvation is not part of the US foreign policy lead grand plan, what ever that is. It doesn't seem to be working any where in the world. It seems the big players only manage to make things worse. Start with ten radicalised insurgents. Kill half of them and some of their their civilian brothers and sisters in Pakistan with a wayward drone strike , now there are twenty new ones and an English Boy Soldier dies in Woolwich. It was shocking but was it so surprising? US lead foreign policy is out of control and with plans for imminent military pull out of Afghanistan, the so called War on Terror is failing.

Such is life in the modern world that some times the world can seem to be a dark and very depressing place where the obstacles to being happy seem insurmountable but it is also a very beautiful place to be and there are good people every where. I meet people all the time who do amazing selfless stuff. They are the ones who keep the standards high, save us from ourselves and yet it never seems to be enough. It's easy to see why some people give up and why others will not. Those who will not give up in the struggle to make a positive difference are the best of us but they are embattled and under pressure in the front lines.  In 2014 let's hope for more unity in the land from the grass roots and more participation from some of my generation who only watch.

Mean while, is any one else sick of Supermarket and other's seasonal ads vying for your custom? Beautifully photographed images of tables heaving with every kind of food imaginable and then, the ads such as those from the perfume industry that just don't know what to do or say because their product is expensively  superficial and superfluous. Still they hope another bloated Christmas is on the cards.
This winter charities such as The Salvation Army are stretched to the limit and say demand has never been higher for years. Our prosperity in the UK cannot continue be measured, in part, by the Christmas take in the High Streets while 80,000 homeless children will be dependent on charity for any Christmas cheer they get this year.

So I am not doing old school Christmas. I don't need or want presents. I am going to give to people who need it this year and I am not the only one. I know a good few people who will be doing some thing similar. Having said all of that, of course I get why people still do Christmas and for little kids its so special and cool. So, if you are having what I call an old school Christmas, have a good one and I hope 2014 is a great year for you and yours. 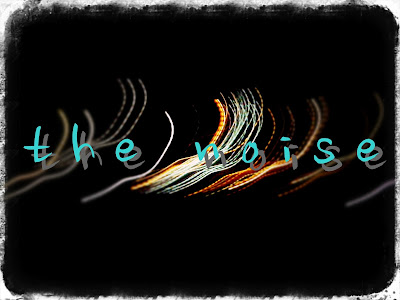 p.s. from jan 21st 2014 check your mail box to see if you will be receiving a free MP3 single titled the noise. watch this space and your email inbox.