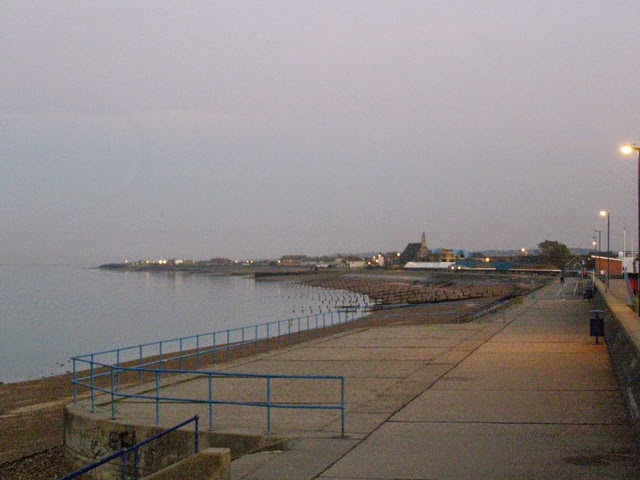 So it is time to reach out to you with a new post.  So you will notice my repeated use of the word "so" at the beginning of the sentences. The word has begun to appear at the beginning of peoples answers during media interviews like a linguistic, low level virus.  Have you noticed this strange trend?  I believe that until recently the word "so" was mostly used in the following way. "My mind is made up so, I will make the announcement right now".  The new usage works like this.
Question - "What is the likelihood that the deficit targets will be reached as planned"?  Answer  "So it is believed by most experts that targets will not be reached".  Do  I find this irritating?  So I may get used to it in time but why?  Senior grumpy moment over.

Years ago when the EBB was playing gigs on an almost  constant daily basis, we would suddenly find that over a month or so we would be travelling a specific road / route on three or more occasions.  It was not as though these gigs were carefully planned to make our lives easier. Far from it. The zig zagging we endured was seemingly, of little concern to those who booked the gigs for the band. We would travel the same road for seemingly random reasons and then we might not travel it again for half a year or more.  Coincidence.  As I just typed the word a film critic on BBC  Radio 5 said the word coincidence.  It happens to me frequently. How about you? Is there a difference between one kind of coincidence and any other in so far as some things occur in sync and others are random / accidental.   I ask this because the process  of making Our daily Bread in the the church  in Upholland  lead me to meeting the Rev Hilary Hanke, a lovely woman who impressed me with her calm assuredness and clear purpose. This meeting and subsequent events has lead to only good things and continues to evolve as an ongoing process.  So, was it a coincidence or some kind of synchronicity that the next gig was a gig for the Rev Ken George in the form of a FDPFAFDW at his home in Sheerness on sea?  Ken is the chaplain in a local prison. I flow along with all antennae extended these days. I am on full listening and watching mode and my mind is wide open. I am fascinated by the path I'm on. Never a dull moment because I never know which connection will lead to what. 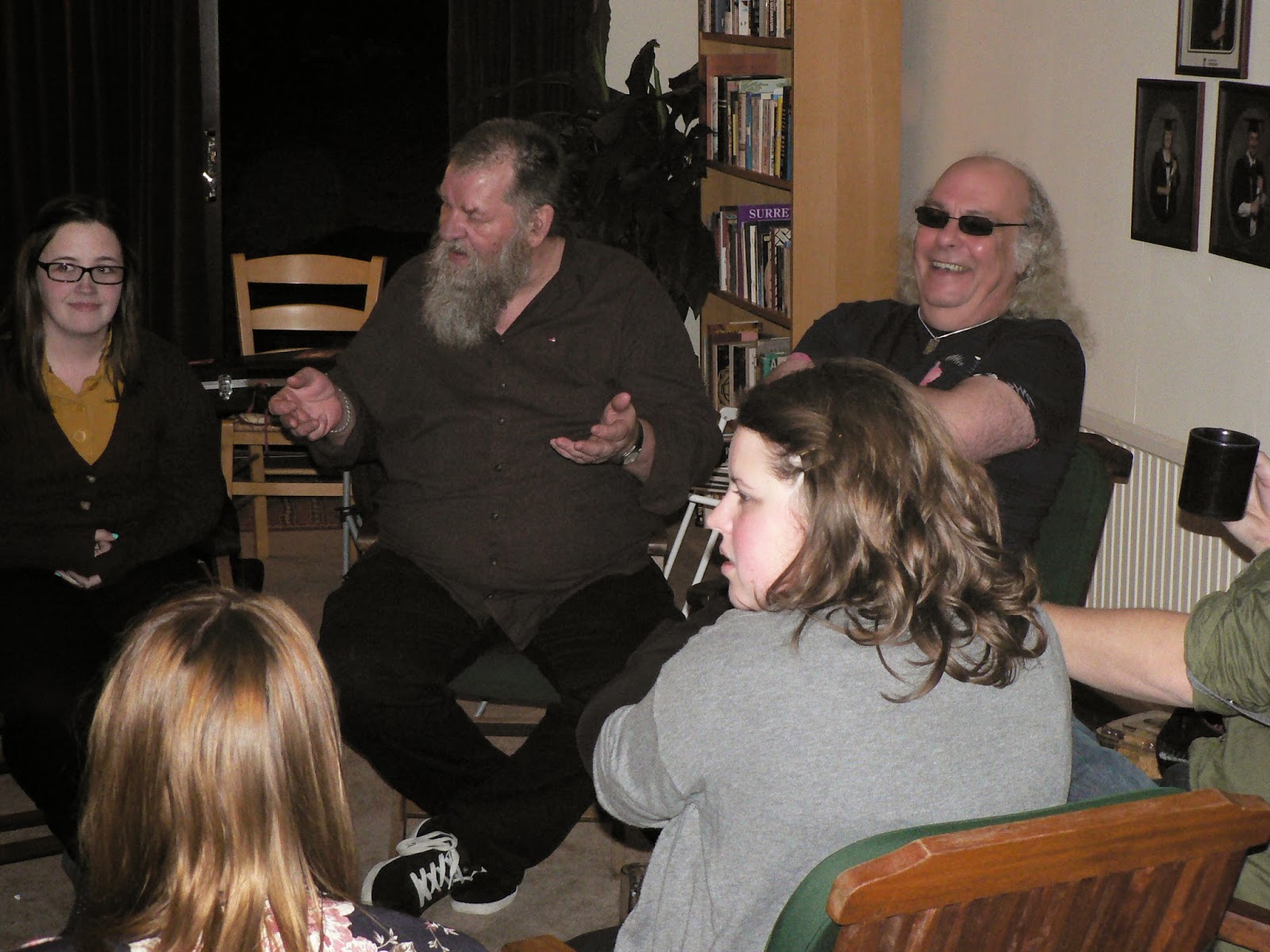 I was warmly greeted by all at the George household and soon relaxed before the show. Ken and Gill have a long dining lounge which was soon converted with an array of chairs that gave it the  look and feel of a very small theatre. Very cool! A wonderful selection of buffet food was on offer and as is usual at these gigs, most people attending work with people in some way.  What an eclectic and interesting bunch they were. The young people attending are always of particular interest to me and they were  lovely. I  like to listen to the chatter and I can usually learn enough to gauge what might work in my performance. I knew my stories would strike a chord with this audience and they did. They were one of the most attentive and appreciative of all my FDPFAFDW audiences. I could run through the list of songs but I played everything I wanted to play. Well almost. I always seem to leave something out that I had planned to play and on this occasion it was the song On the news.  A pity because I think it would have been well received.  I thoroughly enjoyed myself and the time flew by.  A few cognacs later I was happily chatting with folk and finding out all sorts of very interesting stuff. I was chatting with a guy who told me that the old guy in Kings Lyn I sing about in the song Beggar Man is a well known character. It is a small world these days and full of coincidence and there was more to come.  Later I was telling Ken that during the most recent conversation with my roadie John, I had mentioned that I thought it was time to reach out in 2015 trying to do something special and different. I guess this came out of our work on the Upholland gig for The Brick homeless project in Wigan. I suggested a prison gig or two. There has been a plan to play a secure hospital in the pipe line and we were both interested in putting together a string of off the wall, useful shows. Ken smiled and told me that a senior prison officer had been at the show and had asked Ken if it might be possible I would want to do a gig in the prison.

After a good sleep in a local hotel ken picked me up for breakfast and that was very welcome. We had chance to chat some more before it was time to leave. Ken very kindly drove me to Rochester with two of his friends who were travelling north via London. This saved us from a couple Sunday Service bus rides. I dozed for most of the journey back to London and was soon back home. 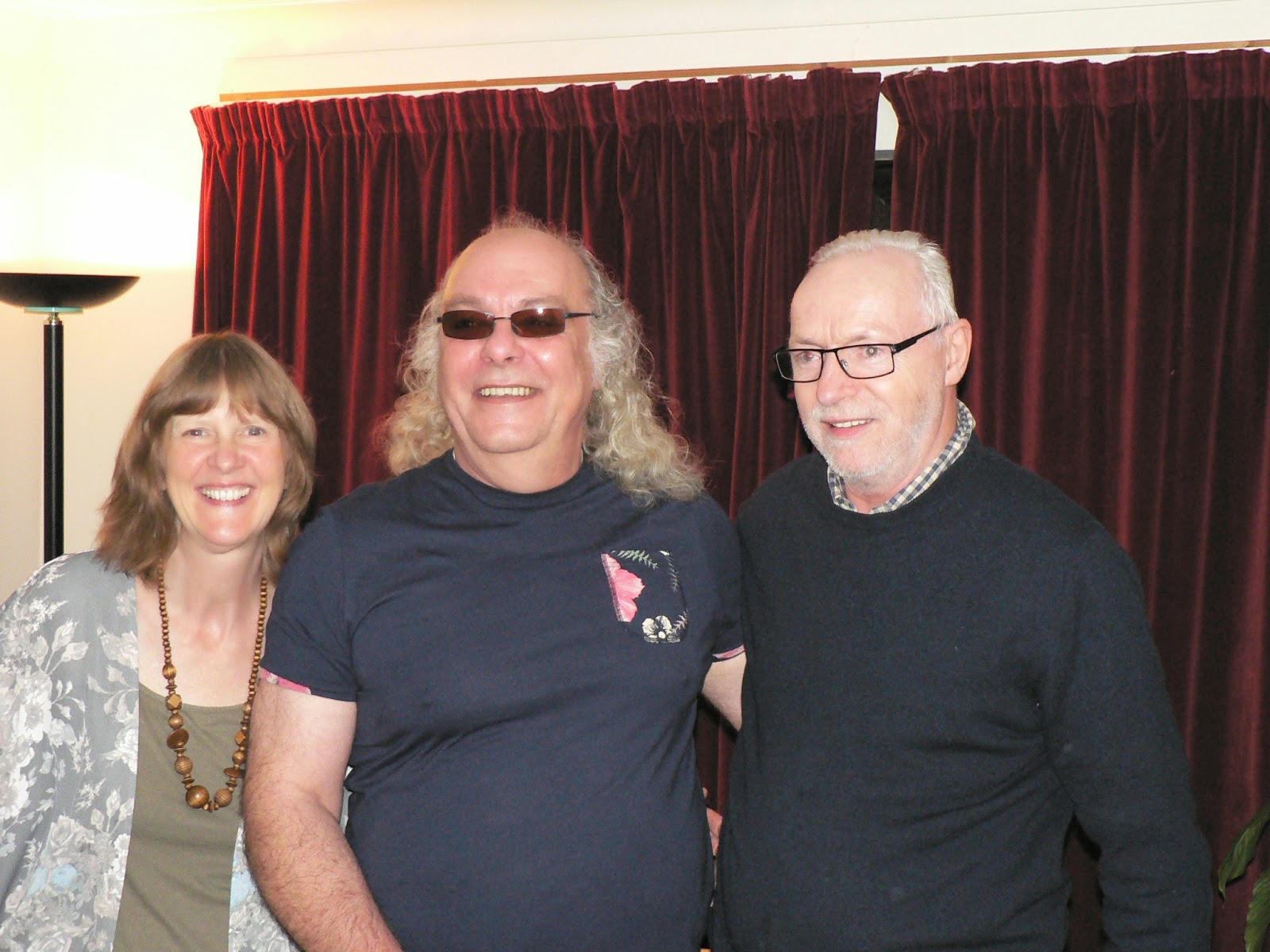 Gill, yours truly and Ken

I'd had a great time in Sheerness. I usually have a great time on the road but there was some thing about this trip that left me with the feeling that this would be a story not yet complete. At home I turned on my computer to check a few things in the diary and a letter arrived. It was connected with the secure hospital gig under discussion. It had been months since there had been communication on the matter.  A day or so later Ken emailed me to say the gig in the prison was under discussion. So, what is going on? So it is a case of coincidence or synchronicity and I am not sure which.