Psychedelic Britannia gets it's first screening on BBC 4 at 10pm tomorrow, 23rd.

All a bit last minute, I just received an email to tell me so. Yours truly will be making an appearance.

Don't know if I'll be around for Reformed rocker turned minstrel Britannia but I was in Metal Britannia with the EBB ha!

The competition is still running until the end of the month. See below. 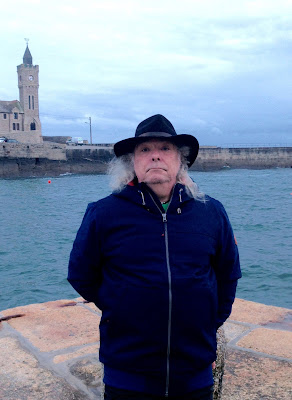 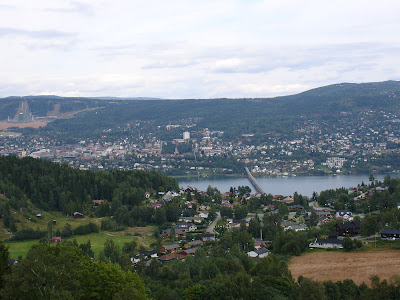 The flight from Gatwick airport to Oslo was uneventful. I slept for most of it. I usually sleep during flights and often wake up just before landing. I think that over the years I have learned to sleep on the road when ever I can and often when ever I am bored. It's a good trick and comes in handy very often.

My host Morten met me at the airport in Oslo and then we took a train from Oslo to Lillehammer. I had never been on a Norwegian train and so this was interesting. There was a modernity that you don't get on your average UK train unless it one of the very nice Virgin trains. Morten and I chatted about music and so got to know each other a little. I could tell he had quite an elaborate plan for his friends coming to visit on his fortieth birthday. Unusually it was to be a "mens group" apart from Maria Morten's wife and Karianne his younger sister. I was not only the surprise entertainment but part of the recalling and celebrating the music from and around the year 1975, the year Morten was born.
Maria met us at the station in Lillehammer and soon we were at journeys end.
I slept well after a very nice meal and slept in quite late. I had to be around and hidden for when the other guys arrived. I had already seen Morten's man cave where the little gig was to take place so it was there I waited as people began to arrive. I had been made very welcome and I was very relaxed and intrigued to see what Morten's plan would bring.

Eventually I came upstairs and was introduced to the very surprised gathering. We all ate lunch together and then we returned to the cellar where Morten showed a clip from a German TV show from the 70's where the EBB played American Boy Soldier live. Morten ran this like a radio show and I think he would be very good at presenting the music he loves. Morten has played bass in bands and has a very wide ranging knowledge of modern music. We all chatted about music back in the day and I answered questions and told a few tales from my experiences of the business and life on the road. Every FDPFAFDW has a different character and this was no exception. 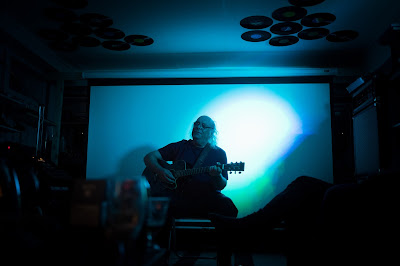 After a splendid dinner we returned to the cellar where I played my set and told my stories related to the songs. This was very well received, early on and I soon settled into my stride rolling through the songs. I played for a long time and only left out a couple of songs. I had a ball. 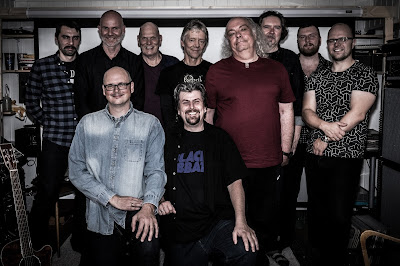 Morten's friends meet a couple of times a year to play music they love. the evenings are usually themed around a time in music history and every one bring music they like. They are a varied and very interesting crew and very knowledgeable about music from Black Sabbath to Kraftwerk and pretty much everything in between.
After my gig we all sat around and listened to tracks from albums and cd s brought by every one and all from around 1975. It was an eclectic collection and I was very interested to hear each contributors introductions to the songs and why the songs played were chosen. I had met many of their chosen artists and was able to tell a few related tales from my recollections.
It had been a long day and I was quite exhausted by around 2 am so I left the guys chatting and went to bed. 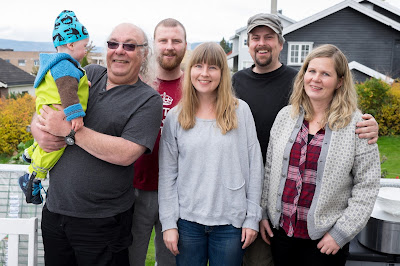 yours truly and the Reitens

After a wonderful breakfast I chilled for a while and got my stuff ready for the train journey from Lillehammer to Oslo airport. I had enjoyed my stay with Morten and his family and friends very much. I think we connected early on and I will never forget their warm welcome and kindness. I was very happy but a little sad to be leaving. I am very fond of being in Norway and the Norwegian people. They understand me and what I am trying to do. It is my favourite over seas country.

Maria drove Karianne and myself to the station where we were both headed for Oslo. The rail journey south travelled along the length of a great lake for almost the entire journey. Water is never far away when in Norway and I keep promising myself that one day soon I will travel to Norway just to explore and fish these great waters.
Karianne was very good company during the journey and had good tales to tell from her world wide travels. She is training to be a teacher and I am certain the kids she teaches will be well served. I liked her philosophy and attitude to life. I say again the young people are all right. In fact the world is blessed with a generation of young people like Karianne who will make great things if they are allowed to.
Karianne helped me get checked in at the airport and then she left to go home. I wish her well and all of the Reitens and their friends. I'd had a very nice time with these warm, kind hearted folk and I hope that one day we will meet again.

Just popped in here to say I have just returned from an idyllic trip to Cornwall. It was the best fishing holiday ever and very rejuvenating. 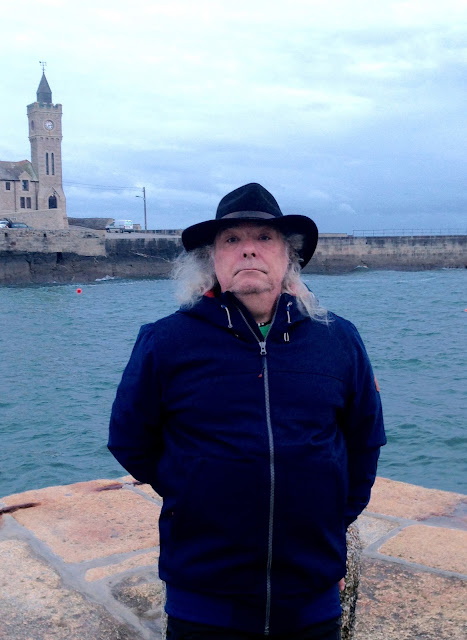 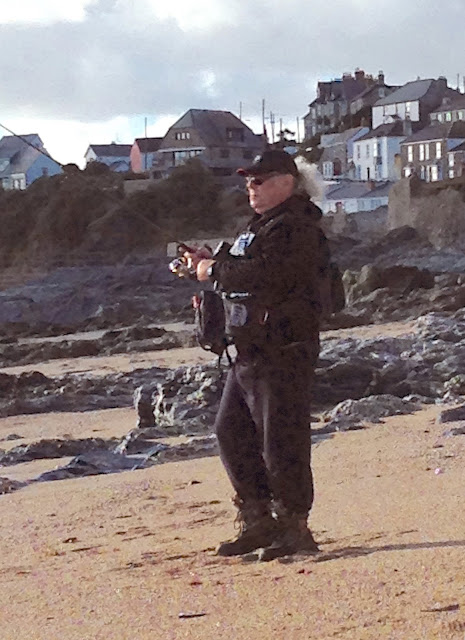 yours truly all togged up for action 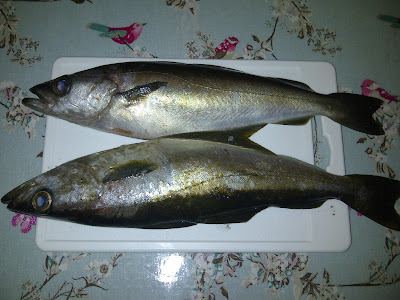 a nice pair of pollack

I am just preparing to head out Norway again tomorrow. This time it is a FDPFAFDW gig in Lillehammer.
I will write a full report of my trip to Norge when I return on Sunday. Then I will have a couple of weeks to work on new things for the show before heading back to Norway with Luke for a festival in Haugesund on 30th October. Next year will see some electric action. I want to see how much noise I can get away with on my own with a few new toys ha ha! More later.