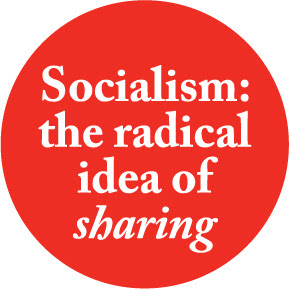 Jeremy Corbyn has been elected leader of the Labour party. The nay sayers will have their day and Mr Corbyn will have the opportunity to silence the doubters. Will he? Who knows but at least we shall have the benefit of real debate over the issues that concern us all and in Corbyn we have some one who will offer a radically different point of view. He says he will increase people participation in politics and he says the alienated young must be brought back into the political fold. It is clear that much of his support came from the young as well as old lefties like me.

Corbyn must modify some of his basic policy ideas if he is to unite the Labour party and he will have the very capable Tom Watson to guide him. Corbyn's and Watson's land slide victory must be seen by the old Blairite guard as a complete rejection of their values.

Some of us are very tired of the lack of real opposition to the increasingly right wing policies of the Tories and clearly, there are a lot of us.

Andy Burnham looked devastated as the leadership election results were announced. Earlier in the campaign he resembled Archie Andrews ( remember him?) with the unseen hand of Tony Blair pulling his strings as he jumped from one populist theme to another in his futile attempt to garner votes. While Archie looked gutted and could not get his face sorted, the defeated women candidates seemed much more dignified and magnanimous.

The voters sent a very clear message to Archie and his cohorts. We need an alternative view of what is ethical and decent. We need to put people before profit and we need to stop the poor paying for the damage done to the economy by the excesses of the banks. We need to look after the vulnerable much better. We need to change the way we take care of the children. We need to eliminate the need for food banks in the sixth richest country in the world. We need to fight back against Tory values so that we can take real pride in the policies of the UK.

Look how shaming European reaction to Cameron's foot dragging over the refugee crisis has become. Of course you might be one of those who say no to the refugees. I have come across some incredibly right wing views from some so called EBB fans. I would say to you that the times are changing and we must move with the times. The only way to happiness is through our determination to help the needy and equalise our society. We must restore pride in our nations and then productivity will boom. Otherwise every thing else will fail as we slip into a dark age where if a man or woman is sick or has nothing to sell, they will be isolated and considered to be with out value or merit.

I warn you now if Cameron is allowed to continue along his chosen route we will all be very sorry and some of you will have good reasons to be ashamed one day. Meanwhile Cameron seems determined to overturn hard won Trade Union rights and to undermine real democratic participation by the people. Fight back! I despise what he stands for and I despise the Lavender Tories who gave him a majority.

We shall have to wait a while to see what Corbyn really has to offer but thus far I am happy about his election to Labour Leader and the powerful message sent to the Blairites and their diluted Tory values. I look forward to more realism in politics, honesty, integrity and compassion. It is time for the old Blairite guard to put up or shut up. They are the big irrelevance right now and Jeremy, you had better deliver the goods.

Ramblin sent me the link below to a short video by professor Hans Rosli from the Gapminder Foundation. 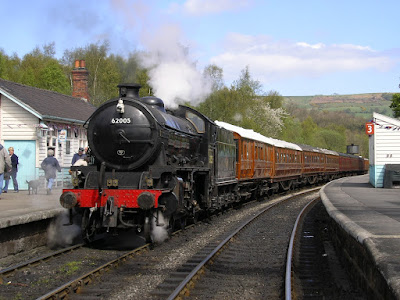 It has been a while since I played for the sleep out crew who were fundraising for the Brick Homeless Project in Wigan and so it was a treat to be going back north to stay for a few days with our good friends John and Val Bradshaw. John is my tour manager and Val and John were responsible for the larger part of the organisation for the gig last October in Upholland at the church.
This time was to be a little different as Luke was to join us for a gig in another lovely little church at Grosmont in North Yorkshire.
On Saturday we went to see Wigan v Crewe at the Latics ground. Wigan won 1-0 and it was a nice way to spend some time in the fresh air and, it didn't rain.

Sunday rolled around and after a reasonably early night, for a change, we began to prepare for a day on the road to the gig. The scenery on the way was very beautiful. Luke was especially taken by the views on the moors and I realised he hadn't seen this part of the world on our travels with the EBB. Back in the day the EBB travelled up to Whitby and Scarborough where we often played the Penthouse in Scarborough which was run by Peter Adams. We became good friends and often stayed with him in Whitby.
One summer Peter organised a lorry float for us to play on in the Scarborough Carnival. The very evil Jimmy Saville turned up to order every one around and I decided then that he was a narcissistic freak. We soon f+*-ed him off and he disappeared. Now I wish we could have made it permanent.

John's sat nav decided to take us down a narrow, winding and steep track towards Grosmont and it was a good opportunity to test out his new car, a classy four wheel drive VW. The car did good and after crossing a couple of shallow fords under a canopy of sunlit emerald leaves we were in the delightful village of Grosmont. John is an avid steam railway enthusiast and the timing of our arrival at the level crossing was perfect. A train puffed it's way into the station and John looked like a little boy on Christmas morning. While he and Luke parked up I dashed onto the platform to video the last of the moving trains for John as he and Luke arrived just in time to see the last train pull out towards the sheds.


Now we had to find the church where the concert was to take place. St Mathews is on the side of a hill. The whole character of the village speaks of the need for accommodations and a church at the height of the Industrial Revolution when the steam engine was the engine behind all mechanisation. There is a co-op shop in the village which is truly that, a locally owned resource that reminds one of what might be possible if we ever decide to take more control over our own lives and culture. 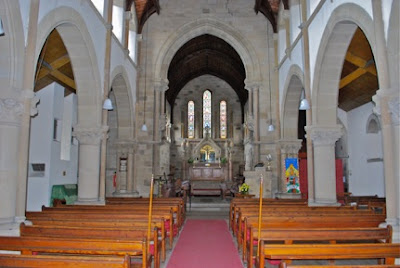 The church is not grand but its simple design is very appealing and almost puritanical in a good way. Cool and light with a lovely vibe.

The "supper in the basket styled jazz band" had sound checked and Luke and I sound checked after a hiccup or two with me finding my way around the system. Soon all was resolved and we were ready to play. It was so nice to see an old friend from way back standing at the back of the church. Always good to see you Alistair and here's to the next time.

John sneaked off to the engine sheds to have a close look at some engines and on his return, the evenings entertainment began. After the "supper in the basket"  support act Luke took his seat and began his show. It was beautiful if I do say so and I will argue with any one who doesn't get it ha ha! He has become more polished after recent shows and his gentle amble through his own songs and a couple of well chosen covers is compelling and evocative. A woman came over to where I was sitting during his show and simply said " mesmerising". The audience was very warm and appreciative. I did notice that as the evening wore on and the beer flowed the ambient noise increased with chatter. Still it was not a problem and mostly people listened intently. They were one of the nicest audiences of my recent gigs.

It was time for yours truly. I had a ball. I loved the way the sound rang around the stone walls of this superb venue. I'd had a conversation with a very nice chap earlier who was in fact the local doctor. I didn't know this at the time. During my gig his table became quite noisy and I am afraid his wife became very drunk. I had to pause while they moved their table with much scraping and banging. The good doctor then helped his good lady through the crowd to the toilet at the rear of the church. Eventually they left and I continued. I could say more about this but suffice to say if I were he I would have been very, very embarrassed.

The rest of my set went smoothly and I threw in Belle of Trevellyan, a song I have not performed before and it all went very well. So that is a new permanent feature of the set list. It all seemed to fly by and soon we saying our farewells and heading across the moors en route to Wigan.

Many thanks to George Morton for organising the whole thing and thanks to all of those who helped make it work.
If you are ever in the area you must visit Grosmont the village that time forgot, It is one of the most charming, unspoiled places I have ever seen. A jewel on the landscape. 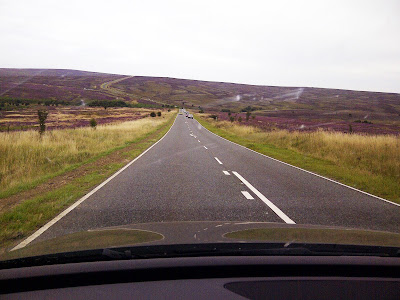 
Thank you for every thing John and Val. You are so special!