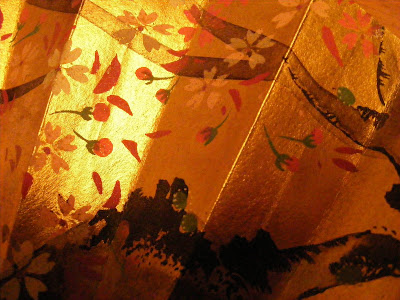 The year is getting properly underway now and it is time for me to emerge from the cave and venture out into the 2010. I’ve been lying low for a while now meditating on the future ahead and writing some new songs. It has been too cold to fish or ride the bike but it is time to pump up the tyres to about a 100 psi and tear off down the road at 20 / 16 / 14 mph. In truth a gentle meander might be a more accurate description of my next ride but I intend to make this year partly about increased fitness. I have already stopped consuming rubbishy, fattening foods so I am feeling a little virtuous and a little lighter.
Helpful ideas on keeping resolutions, whenever they are made, in the comments section please. Best suggestion gets a signed copy of Parlez Vous English.

We begin rehearsals over the coming weekend in readiness for the 100 club on the 12th of Feb and the 19th and 20th in Bergen, Norway at the Garage so this should shake out a few cobwebs and wake the ears up. We are going to play around with a couple of old songs we haven’t played as well as look at some new songs we stopped playing for a while.
My thing of the moment is to re examine some of the older material we play so that the live performance is more representative of the recorded version. Any way, there will be lots to do and laughs to be had and as always I shall be looking forward to hooking up with the guys again. It’s been a while since we were all together in the same room.
I guess the EBB activities will throw up the odd adventure and now doubt, the odd curve ball.

I’ve been busy working on edits of my YOIK videos project and soon it will be time to head out again with Ramblin to shoot some more stuff. It can’t be finished until we’ve shot some Spring and Summer stuff and of course as the ideas flow the time required for realisation is extended. I will be calling on people who have offered to help and have locations in their area. Ha ha! I hear a voice saying, “ You say this Rob but will it ever be finished”? These days time lines are put up on me only by people who financially support me, employ me or offer other patronage otherwise I’m on Rob time. It takes as long as it takes.
It is 2010 and time to actualise a few good ideas that have been kicking around for some time. Perhaps it is the 10 in the year or perhaps it’s just that it’s high time. One idea is to head off out for a couple of months towards the end of summer this year and emerse myself in a strange and wonderful place, finish my book and come back changed. I had an opportunity to go north for the Sami reindeer gathering in November last year. My good friend Jarle and I copped out in the end as 2009 temperatures plummeted and pockets were empty. Hey Jarle! let’s walk through your northern wilderness with the sun in our faces or on our backs.
Previously I don’t think I ever began a year with such a thirst for adventures, challenge and change. I feel stronger than I have for some time and although my demons conspire to ambush me on occasion I am mostly well, happy and confident that 2010 offers lots of lovely, good stuff.