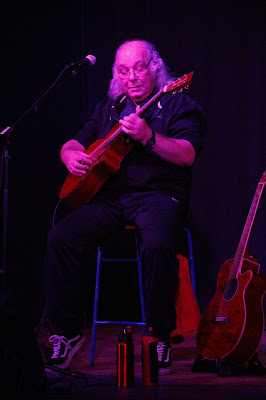 It has been a while since I wrote any thing here. I have a good excuse. I have been very busy in front of the screen working with Logic on my Mac. For months I have been writing material and didn't open the Mac for music making during that whole period. I think my need was to sing and write and labouring over digital detail seemed boring and a bit alien for a while. Things change so recently I decided to make some thing that needed all the digital armoury I could get my hands on and so Logic was rolled out and work on the piece was begun. With the imminent re release of Superchip I wanted to make something that would partly update the album but I also wanted to drop the last episode in the part of the world that typifies the religous/tribal conflict btween peoples that is causing so much suffering. At this point I should say that the re release of Superchip as a down load has been slightly delayed but it will contain a new track called The Desert Wind. I have re mastered the album, for down load, achieving a fresher more dynamic sound.

Over the years I have spent a lot of time reading manuals and more recently I tired of it. I'd find myself flitting through stuff and not taking it in. I put it down to age. How ever, since I began working on the screen again, my ability to absorb new info from the manuals has returned. This has made me realise that incentive is the key. When I am fired up enough to get really stuck into some thing then I will work until I drop. On the other hand if I don't see a point to it I will slip into almost total disinterest. I have learned to manage this to some extent and today, I can say that I only do what I really want to and most importantly of all, they are mostly things I will enjoy. I am fortunate but, I have worked hard at prioritising time over money and this given me considerable skills around “cutting one's cloth” as the saying goes. It has also lead me into some very interesting experiences and fine company. I think I give the impression that at times, I am a bit lazy. Of course this is nonsense ha ha! I work hard and do a lot of thinking by way of preparation. That is my explanation and it will have to do.

A week or so ago I played the Sarah Thorne Theatre in Broadstairs in Kent and I just haven't got around to writing it up. On a cold and blustery evening I had a really special time in Broadstairs. The welcome was warm and every thing ran smoothly from the beginning. J , the sound guy was so on it and quickly. The sound check was a delight as he ran through very subtle and appropriate effects with out any prompting from me. It was like having some one who knew me mixing the sound when in fact we had never met. The people who run the place have made it a work of love and devotion for around 30 years and it shows. They put on a surprising variety of shows and drama as well as folk like me. The show went very well. The audience was very warm and some how very polite, as Ramblin' noted. Ramblin', who drove, was on his usual good form and the journey home flew by. This was the first public UK gig for a while so it was important that all went well. I was very pleased with every thing and I would love to go back.

For any one wondering what happened about the postponed gigs in Frome and Exeter, all I can say is that if I told you why I'd have to.......
Suffice to say I am sworn to secrecy. After a good laugh, I was very glad that the gigs, as they were originally planned, are not taking place. Nuff said!

So, it is back to the screen for me and more recording. February will provide the time for me to work on new recordings with out much interuption. I am really looking forward to it. It is high time.