UPDATE re "The Mohamed Project".

I have decided for security reasons to remove the narrative back ground to this post. At this time it is the very small list of code names below that is "the rock" of this project. While many espouse good intentions it is usually left to the few to carry the load. No surprises there then! So, thank you to the people who have already given cash or pledged to do so. Some one has offered to provide transport. Some one has offered to accomodate M for a week. Any more for any more ? Will the following code names and any one else wanting to ASSIST please contact me by email at edgar.broughton@btinternet.com I will email you with the latest information re the situation and how to send your donation. 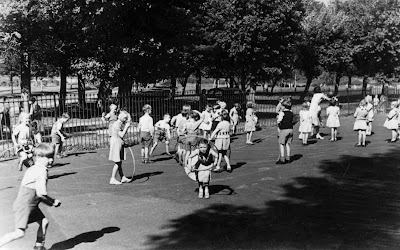 As many of us will recall it was not so not long ago when a Unicef report declared the UK the worst country in the developed world to grow up in. Recently another report has suggested that parents/guardians may be too cautious when determining when and where a child might be allowed to play outside. According to The Childrens Society in 1970 the average nine-year-old girl would have been free to wander 840 metres from her front door. By 1997 it was 280 metres.
In 1970, 80% of primary school-age children made the journey from home to school on their own. It was what you did. When I was at Junior school most of us kids walked home and I don’t remember any one being picked up by car. Today the figure for children going to and from scholl alone is under 9%. Escorting children is now the norm - often in the back of a 4x4. It sems we are rearing our children in captivity - their habitat shrinking almost daily.There is increasing concern that kids are having their development hampered. This suggests that children might become stifled by fears which are more phobic than real and that so called “stranger danger” is a rare and exaggerated problem. We are certainly more likely to be aware of crimes aginst children be they local, national ot international than we were when I was a child. The information revolution has enabled us to know about anything and everything happening in our world. A startling piece of evidence from the Childrens Society report suggests that a lack of unsupervised play might reduce the opportunity for children to form deep friendships in early years. Evidence presented to the Children's Society's Good Childhood Inquiry suggested the number of teenagers who don't have a best friend has risen from one in eight 20 years ago to one in five today.
The recent case of Madeleine McCann has highlighted the debate about the supervision of children. What has happened to the McCann family is guaranteed to strike terror in the heart of every parent. In spite of the fact that abductions of children are very rare this case like all others before it will cause some parents to stray across the “over protective line”. As a parent of a young one I am sure I did many times. My worst fears never materialised. I was dreading the day when my child would have to go to school on their own and anxious to the point of deep emotional upset as we waved him goodbye on the first time. Of course he coped. He also coped with some serious bullying but he was for the most part well protected and supervised. Today he is a gregarious and highly socially skilled with a host of bright and intelligent friends. Now he takes care of himself and I am incredibly grateful. Job done.
When we were kids we played outside, weather permitting whenever we could. We lived in a town surrounded by beautiful countryside that was filled with great places to play. During summer holidays we were out all day only coming back to our house for food and drink. On many occasions we would be far from parental supervision. I completed my first solo 100 mile bike ride before I was 16. Was it safer then? I don’t think it was really. In Britain, there are now half as many children killed every year in road accidents as there were in 1922 - despite a more than 25-fold increase in traffic.
So what are we to do about this problem? It will be difficult to persuade parents to be less protective but they should try to attain a balanced practice that will enable children to development to their full potential. We live in a time when the demands on children seem more than they were when I was very young. The issues in their young lives seem more complex than ever before. Young people interviewed for the Childrens Society report often indicated they wanted stay indoors, especially after dark. They cited a long list of fears that indicated to them that the outside world was a dangerous place. This seems to me to be a very sad sate of affairs and another contributory factor in the process whereby children might easily be robbed of vital experiences that would normally enhance their development.

Fact: By the end of the decade, education will be receiving 5.6% of GDP - which compares to the 5.5% that is the current average for education in industrialised countries. It means a huge amount of cash has been spent to push us all the way up to average. Is it enough? More than one in five children have spent six or seven years in primary school without learning to read and write properly.