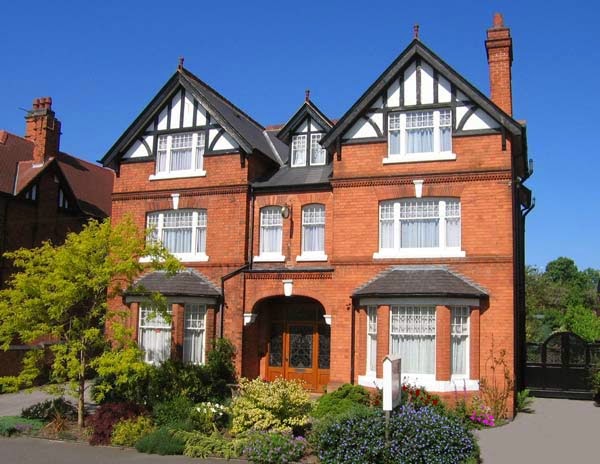 Geoff Carminke picked me up from the station in Derby after a train journey through the most changeable weather I have seen for some time. The view through sun lit rain and dark, threatening, thunder clouds was very impressive, especially from the inside looking out of the train.
We soon arrived at Geoff and Rea's guest house which happens to be one of the nicest places I have ever stayed in. If you are ever in the area and need a room go straight here. You will not be disappointed. Geoff and Rea have worked hard to make this place what it is and the welcome is second to none. So that is my very sincere testimonial for the place now on with the show. 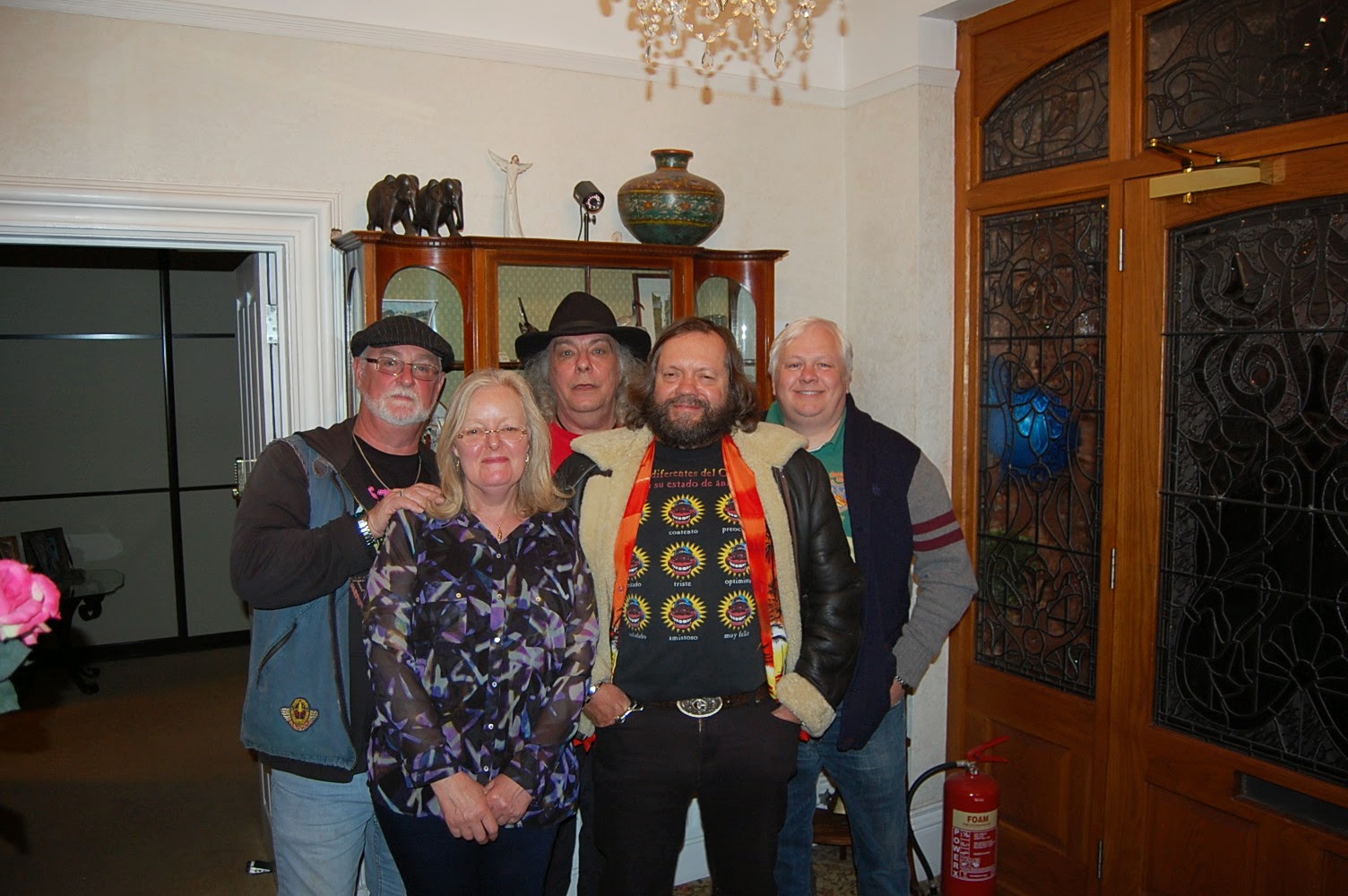 I stayed over night before the gig and had a splendid sleep and an equally welcome breakfast. Soon after I went out into the garden to watch the preparations for the festivities later on. Geoff has a band called STAIRWAY. It is a three piece featuring Geoff on guitar, Kev Ball on bass and Mike "Ringo" Epling on drums and he does have a touch of the early Ringo about his style, cool!
Geoff has a stage area in his garden and for the occasion, a Stars and Stripes flag with an overlaid skull and crossbones. No doubt the pirate emblem saved the scenario for me lol! I 'aint gonna play in front of that flag at any price.

Geoff has some lovely guitars and we talked equipment for a while as it all came together. Tea was plentiful and the vibes were lovely as some guests began to arrive. They were a mix of old and young from all over. I get to play to the whole generational set these days and happily, the grand children feature more and more. The weather continued to rant and rage in periods of blustery rain with storm clouds looming and then abating every twenty minutes or so. The sun came out to dry every thing and this was followed by another soaking time and time again.

Eventually John arrived from Wigan and we watched the first set from STAIRWAY. I loved the slightly self concious way the lads eased into their set. Soon they were knocking it out nicely with an eclectic mix of covers. They are a good bit better than I believe, they think they are. They should definitely play out if they want to and I think Geoff does. Next me and the sky cleared a little. ( I know. Some times I underestimate my powers lol!) But, it wasn't long before the rain poured down again. I carried on and, perhaps strangely, part of me revelled in the slight spray in my face and the wind seemed an appropriate accompaniment during some of the songs.

The guys played another cracking set, better than the first, and we all retired indoors for a warm up and a stunning array of refreshments. The centre piece of the tables laden with goodies was a home made cake in the shape of a guitar. I loved the "Fender blue colour". I always fancied a guitar that colour. 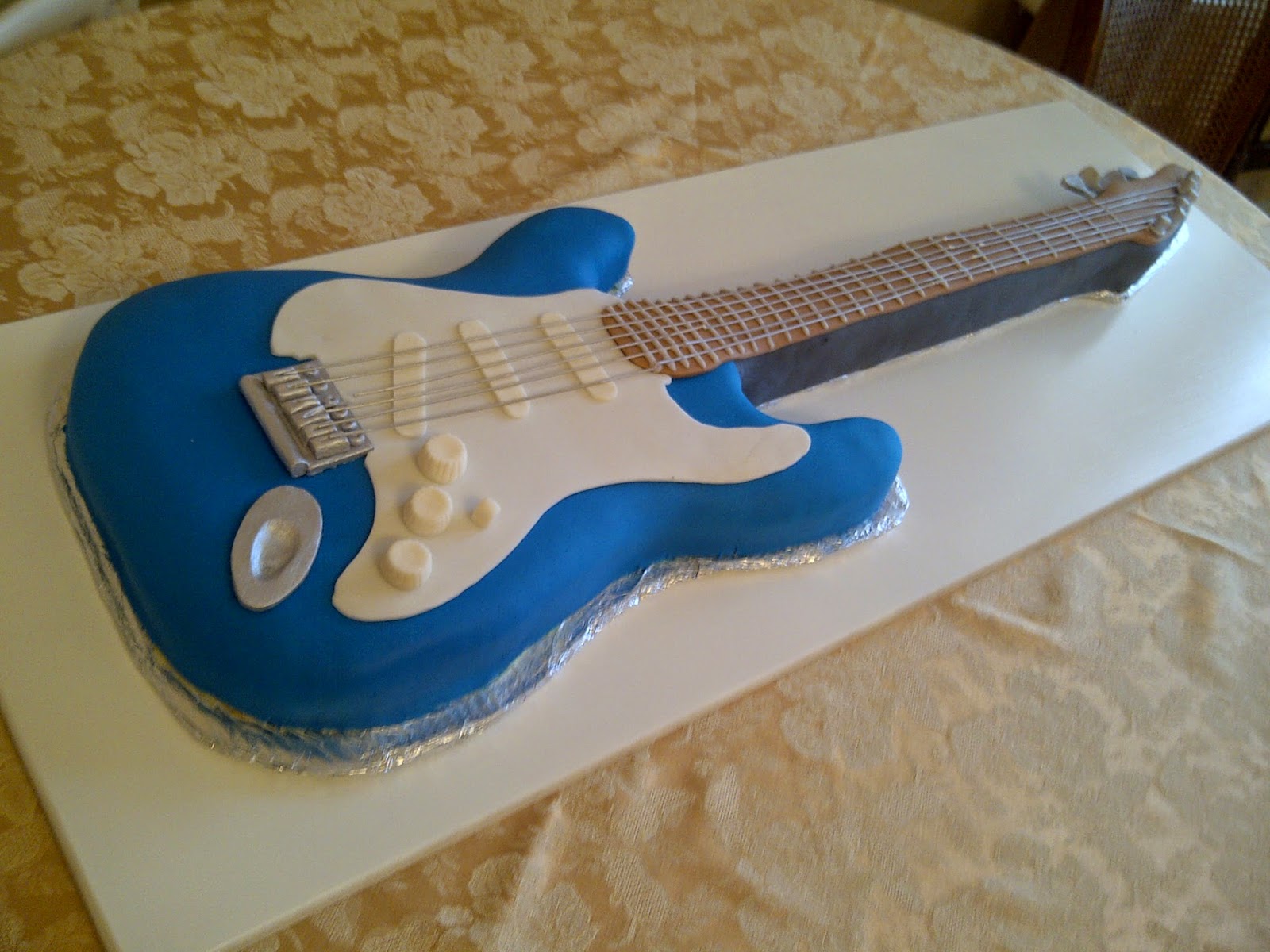 The rain came down in sheets and so I played another set, repeating some songs played earlier, inside the house. I enjoyed that set most because there were no weather distractions and I could tell a story or two. I can only say, as I often do regarding FDPFAFDW audiences, they were lovely, warm and attentive. They are always from the widest back grounds with great stories to tell me about their lives and we almost always have a great deal in common. John and I had a great time and Geoff and Rea's hospitality was as warm as it gets. Power to them and all of their people! On a rough day I ask myself why do I do this? On days like these I know.

John and I drove back to his place through the darkness with the sound of Geoff's band pumping out through the stereo. We sat up very late discussing plans for the future and on Sunday we had a chill day and a meal with friends in the local pub. Think I found me a an organist in the perhaps unlikely guise of a man who plays church organs locally. Well I am hoping he might be able to play an accompaniment to a song I am writing for the show in the church. After a meet with the vicar, a lovely serene woman and the local publican and his wife, we hope we will get the okay for our Autumn special. Working title OUR DAILY BREAD. This is to be the charity concert for homeless folk I have mentioned before and might be a model for other similar community initiatives. The church interior is fabulous and kept in pristine condition. I hope we can go ahead with things, with this church, as the venue.

There was a great deal to think about on the train back from Wigan and as it pulled into Euston London I must admit to having a well satisfied feeling that the weekends aims and objectives were nailed.

On Sunday I will be meeting up with Steve and Art for another jam session. I am quite excited about this and really looking forward to seeing the guys. After that I shall be Norway bound

off to Geoff and Rea's 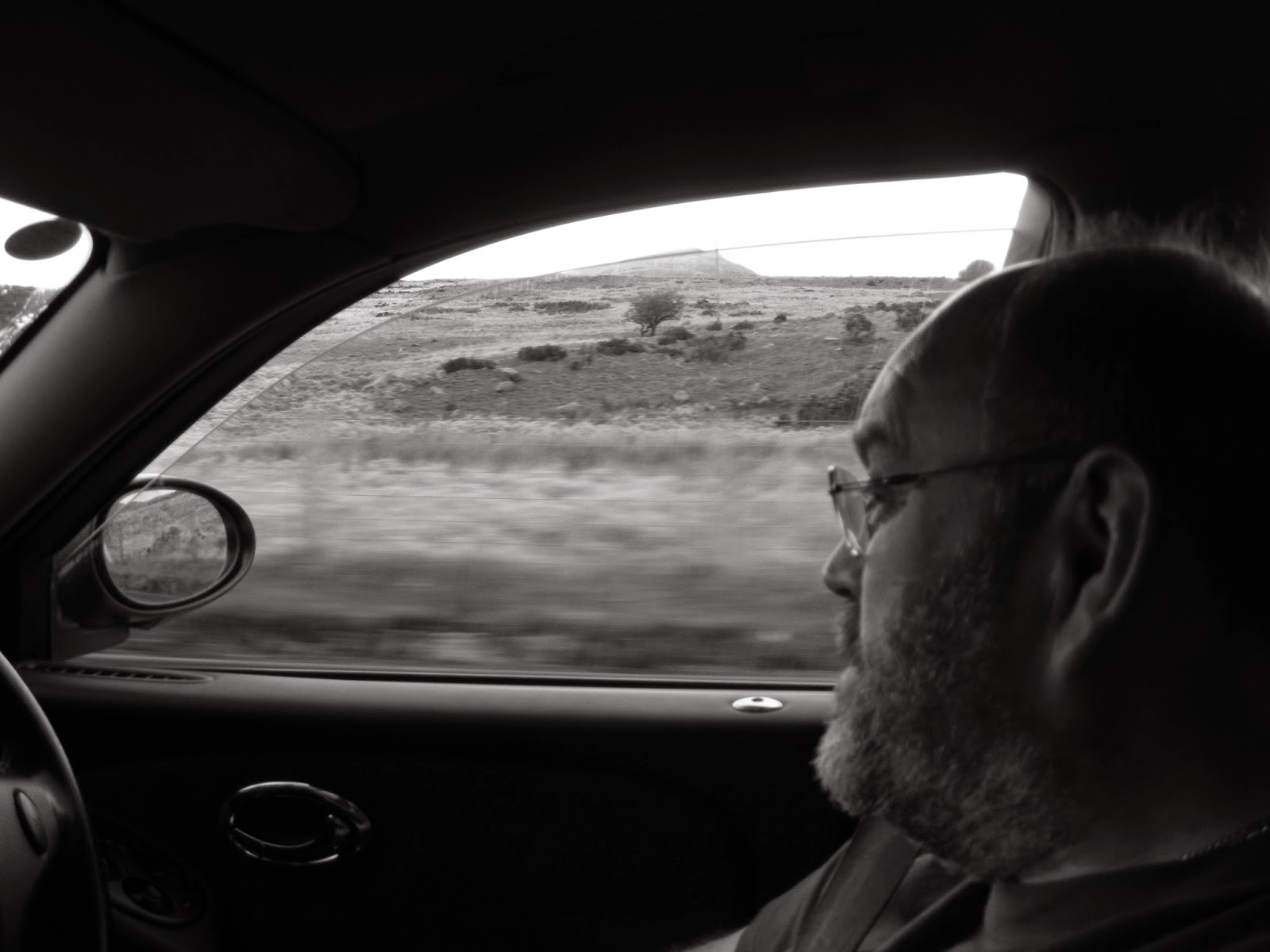 mr bradshaw at the wheel

Well I am off on my travels again. I'm off tomorrow to play for Geoff's birthday on Saturday in Derby. It should be really good 'un. Geoff and Rea run a guest house and apparently, I will be staying in The Wasa Wasa suite. Cool!
Geoff has a three piece rock outfit and lot's of lovely muso gear for me to peruse and possibly use. I hope the weather holds. I will always remember the fair days pay gig in the Lake District. It poured the whole time but still we had a great time. That was one of my high light gigs. After the gig, on Saturday night, Mr Bradshaw my tour manager is coming to collect me at about 1 am. We will drive to Wigan for meetings with all concerned, on Monday, around our concert for the local homeless folk in a Wigan church, later in the year. I want it to be very special.

I had a very nice time with Steve and Art a couple of weeks ago. A nice social and jam session. Very laid back just rolling around bits and pieces and just seeing what came out. I liked it. It reminded me of the earliest days when we played just because it made us feel good. In my case it didn't always make me feel good but it usually made me feel better. After years of getting together to fulfil an obligation, gigs to played or a recording to be made etc, it is very good to play music for pure pleasure, with out restraint or any commitments. I was never very fond of rehearsing at the stage where it is necessary to polish parts of an arrangement over and over again though I like the results. I want what I do to have a similar free styled frame work that we had when I started playing in a band. This why I love the freedom of solo gigs but, I miss the noise. Any way Steve, Art and me are going to do it again in a week or two.

I'm off to Norway for a couple of gigs towards the end of the month for Elisabeth at her cafe/bar called Kulturbua in Kristiansand on the 23rd May and next a FDPFAFDW gig for Gry and members of the Rock Club in Larvik. After that four or five days of chilling, sight seeing and fishing in the Larvik area.

Ok so this next idea is a slightly new departure for me but one I would like to explore further. I recently had a FDPFAFDW enquiry for some one who has been a long time fan and who is ill. This came from some one who is also a fan and some one who obviously has a deep attachment to the person on whose behalf, they contacted me. Neither has income enough to pay me one days worth of it. So what do I do? I play the gig that is what I do! That gig is a surprise gig so I'll say no more.
This got me thinking that I have time and some resources, including friends and associates who can assist me, so if you know of some one who really deserves a freebie email me and we'll consider it. I cannot promise to give a yes to every one but I will try.

It is time to pack the last bits of gear for the next days adventures so I'll get on with that and get back to you later.