Well as it's turned out this post is more like a magazine. Still I haven't posted very regularly lately so there you go- all in one post. Please check Phil Robb's contribution at end after the Shaman calling video. 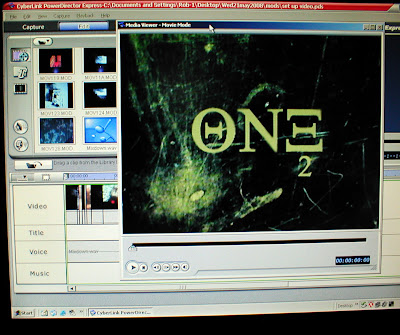 I know I promised photos and news of EB Band recordings scheduled for the weekend of the 23rd but it was not to be. That being the case I decided to make some thing entirely on my P.C. and with a video camera as an experimental extension of my recent blog videos. I started work on Wed 21st May and the whole thing was intended to take around 10 hours. Ha ha ! Still it only took around 17 hours over a week or two.

At the risk of boring some of you with stuff you don't want or need to know I wanted to tell you about aspects of the process and of the product made on very simple to use equipment. You don't need lots of expensive equipment - ideas are what counts. The microphone I used is available at all computer stores for around £12. The video camera cost £399 and I used the very basic bundled editing software ( see photo above). I used some thing called ACDsee which is a photo viewer that cost about £20 online. It has a very quick slide show down to 5 milliseconds between photos. I used this to make video out of stills. I shot the slide show with a tripod off the screen of my PC. 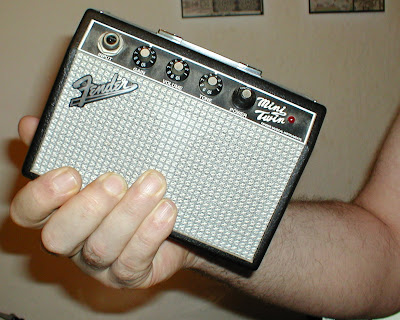 Some of the samples were re-recorded through my little Fender practise amp via the twelve quid microphone. I planned to record my 5 string bass and guitars through the amp but then decided I would make the piece with out playing a note. So no guitar and no bass. My kind of of techno. I decided I would only use samples I had previously made or those already existing in my library. I re modelled and re-processed almost every thing fairly extensively while trying not to be too precious about things. I made a couple of new samples (the voice and string) for the end part. 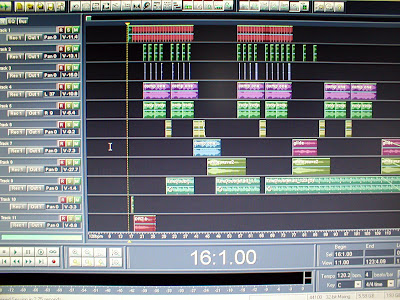 I started by moving sampled sounds from my library around the multitrack window of Cool Edit adjusting them as and when required in the editing window. I made a short voice recording which I wanted to be a featured "hook". It is me sneering into the microphone through the wonderful Steinburg Orange vocoder which is one of my many onboard effects. I made some of the drum sounds with my voice and then mangled them into shape and then loops. I would like to make a whole track with just voice but that is another project for another day. The audio was monitored using a pair of £16.00 PC self powered speakers by NTrust and a pair of Sennheiser HD250 head phones. OK they cost £145 but you gotta have some luxuries.

I had planned to make some thing including some yoik and chanting with a little bit of voodoo gris gris. Out Demons Out. At this moment I was just at the point of sticking pins in an effigy when the doorbell rang. It was Ramblin' so I had to hide the sacrificial cockerel as he is a vegetarian. He had arrived to upgrade my PC memory to 2 gigabytes. Other wise my PC is not a specialist music tool in any way. It does work more quickly though. Cheers mate!

Brian Eno had cards which he used to plot musical strategies such as what he would do to begin a piece. I just asked Ramblin' for a sample of his front door bell which he emailed to me. This inspired the title SHAMAN CALLING. Does any one remember the Shaman Lady? Sorry I mean Avon Lady. I later dumped the idea as the track began to take some sort of useful shape. So Ramblin's doorbell is now my text alert on my phone. Waste not want not.

I made and mangled all of the sampling in Cool Edit Pro 2. Sampling is like photographing sound and Cool Edit is a bit like Photo Shop for audio. It is the standard audio editor in Broadcasting and cost around £200. I used it to train young people on a youth radio project I was involved with some time ago. It has now been replaced by Adobe Audition which I have yet to see. The beauty of this software is that you can teach yourself the basics using the excellent manual on disk in a day. Simplicity of use is the main feature for me though it has complex layers of possibilities, some of which I have yet to explore. There are many other affordable software packages that do, more or less, the same job. 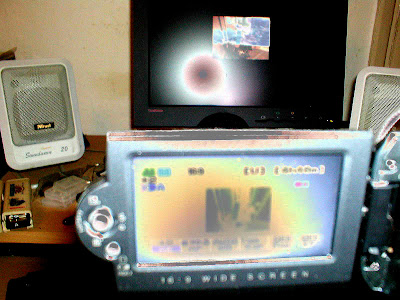 I am quite new to making visual material though I have always had images in my mind that fit with songs. I basically want to make video scratch stuff fairly simply that doesn't require huge resources. HD I don't think so, unless it stands for hard drive. The ability of video to be recorded on drive in the camera is manna from heaven as far as I'm concerned and warranted my buying one. I like intentional and some times accidental distortion of sound and visuals that contibutes texture. Some of the video was shot by Ramblin' on my phone while he projected images on me and the wall behind me. All of the sounds and visuals on Shaman calling are in some way distorted.

I have spent years in the pursuit of wringing great sounds out of standard, fairly inexpensive equipment. It can be done. Some times these things are difficult to re-create in a top studio with all the gizmos. I always try to employ a little programming creatively and avoid using instrument factory pre sets , unless they are great and they rarely are. You start to recognise them after a while because musicians working in the advertising industry and pop producers buy all the latest kit, fill the air waves with the best factory preset sounds and then dump the instrument for the newest model. You can make quite presentable stuff if you get to know how to get the best out of what you have, what ever it is. The video is compressed to a third of its original size to fit on here but I think the quality is kinda o.k. 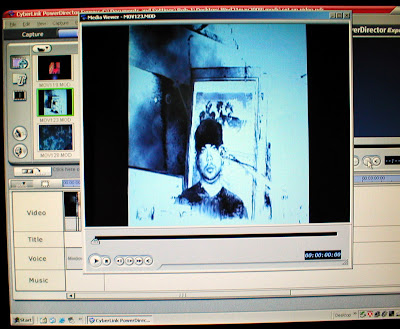 I hope the writing in this post is not too technical and gives some idea of the process involved. Enough chat - I hope you like the video. Peace.
copyright e d g a r b r o u g h t o n 2008


LATEST - We reached over 100,000 hits on the EB Band site.
Luke has more than 100 members on his EB Band group on face book.
http://www.facebook.com/ then type Edgar Broughton Band.
This was sent today from Phil Robb -
Thought you might want to sign this petition. I don't normally do this kind of thing, but you probably understand that it is an issue particularly close to my own heart, being very much part of the community this woman has chosen to slate. It doesn't cost anything to sign, just a few seconds of your time. Please lend your support.

Rob, does this warrant a comment on the EBBsite perhaps?

Subject: Oppose Iris Robinson - petitionIris Robinson is a Democratic Unionist Party MP and wife of Peter Robinson, the leader of the DUP. Mrs Robinson is now the subject of
complaint to the police on account of her recent public announcement that gays are "an abomination", and need psychiatric help to be "turned around". Yesterday she intensified her stance, with a BBC interview in which she announces that "as sinners", gays should be regarded alongside murderers.I'd also note that the DUP is the party whose support enabled the passage through Parliament of legislation to extend to 42 days internment by the police of "terrorist suspects" - legislation which is to apply throughout the UK. DUP spokespersons have already made it evident they expect government favour for their help in passing this legislation, which Amnesty International has described as an affront to civl liberty. As an MP, Mrs Robinson was among those who voted to carry this bill. In other words, to view Mrs Robinson and the DUP as influential solely in Northern Ireland is to disregard the role they are now taking in the wider sphere of UK politics.
Please add your name to the petition, to join in voicing opposition > against these developments.
> Petition link http://petitions.pm.gov.uk/Robinson-Gay/
>> Iris Robinson interviewed yesterday http://www.youtube.com/watch?
> Belfast Telegraph report http://www.belfasttelegraph.co.uk/news/
> local-national/article3785912.ece>> Iris Robinson's opening salvo
http://news.bbc.co.uk/1/hi/ > northern_ireland/7439661.stm
Posted by edgar broughton at 20:48 15 comments: