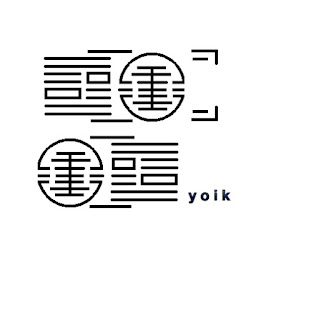 The darkness descended as the creatures of the night began their constant calling and crying. It all happened over a short time. The people gathered around the new fire. The tall one had carried the torch with great ceremony, dancing his way to the fire pile where he ignited the kindling around the base of the wooden construction. A woman danced towards the tall one who joined with her in a whirling display. The two moved towards and away from each other in circles. It was hypnotic and evocative as the people began to gather around the living fire. The sound of one drum beating a simple rhythm was soon joined by other drummers and the sound of sticks adorned with shells beating on the ground. the fire crackled in the dark night spreading a warming light through the assembled people. Twenty or so men, women and children were gathered for the evening after a plentiful meal shared by every one. Times were good. The river was full of fish and a great variety of fruit and nuts grew every where near the caves where the people lived. Now, some stood close to the fire while others danced in groups, in circles.

After some time the crowd became more subdued and few still danced. It had been a long day and tiredness was slowly coming over the people. They began to be seated, still close to the fire and secure in its light, beside it's warmth. They faced a young woman who stood with her arms folded waiting. The crowd became quiet and the woman began to sing. It was a low growling sound that rose and fell like a wave on a storm beach then it rolled in until it seemed to be inside you. Then the sound changed into a long droning note. Some times other notes were produced simultaneously as she visibly changed the rhythm of her breathing. It was of the earth and stars above and it was enchanting. Next a small boy stood up and sang a small song that imitated the animals the men hunted. He was clever and had a special skill  for this mimicry that delighted the audience. Several people stood up and performed a vocalisation of one kind or another. All of them with out score or script yet all drew on refined skills and an understanding of remembered musical components that would resonate with their audience. They all were the audience and they all were the performers when ever they felt the moment was right. An intuitive thing that allowed every one to participate, create and consume.

This went on for many years. The people had little by way of language. certain sounds became significant and recognised by all. It was easy to demonstrate satisfaction or dissatisfaction or love or hate. The grey areas in between the extremes were more difficult to construct and so basic sounds and emotive gestures were the tools of communication. One of the very first dialogues eventual took place between two drummers who seemed to answer each other with various beat patterns. This had become a regular event with several drummers "talking to each other" at the same time.
This lead to choruses of voices all joining together with the drummers at times. every one could be part of the peoples choir. One day, after a spectacular electrical storm that had the people sheltering in the caves, some thing happened beside the fire that would change things forever.

The usual communal meal of fish and fruit ended with building and lighting of the fire and the usual performances of the people began. The songs had changed. There were recognisable sounds featured in the songs that had meaning for the audience. Some time a sound would be met with laughter or shocked ahs and oohs. Sounds now resembled words as we know them and had universal meaning with the community.

A young man who had never sung before this night stood up as one singer finished and sat down. The young man strode across the clearing  and jumped up onto one of the many rocks that stood proud of the lush grass. Once the people had believed the rocks had powers that would protect them. Years before a young boy lost his sight in one eye when he smashed a piece of flint against one of the rocks. The people decided he lost his eye because he had attacked the rock.

The young man stood very still on the rock and did nothing. he stood with folded arms as was the custom of all singers while they waited for the audience to become quiet. They were already quiet but still he waited and made no sound. He seemed to be waiting for the right moment to begin. Like when a small flying insect waits on the bough of a tree for the right moment to take off on a favourable, breeze assisted, flight path.

The young man closed his eyes and sang beautifully. It was different and the people gasped in wonder as the new noise fell upon them. Some wiped a tear away as his sound filled the clearing. It was very moving. No one understood it but they felt it. It was clever but no one thought so, they just revelled in it. The man sang more songs with out words yet his sounds were full of message and meaning. He didn't understand how it worked any more than the people listening did but it was of no importance. Previously the people had not seen the performers as very good or very bad or any of the in betweens. They just accepted what was and joined in when they felt to. The night wore on and the singer kept on singing. People sat transfixed by his every note. The young man finished his performance with a quiet song that faded as the darkness slowly turned into bright morning. Every one decided this performance had been special. It was suggested by many that it might have been the best performance ever.


From that time on all performers stood on the rock to sing. More rocks were placed along side that original stage so that more performers could stand together. This elevated them above the audience. To some extent this invention lead to bigger stages and less audience participation. The people became divided now and they became either creator or consumer. Virtuosity became an aspiration for the performers and some thing shared was lost.

There are few times when the audience can be the performers today but do take every opportunity. Give voice to that music inside you when ever you can.