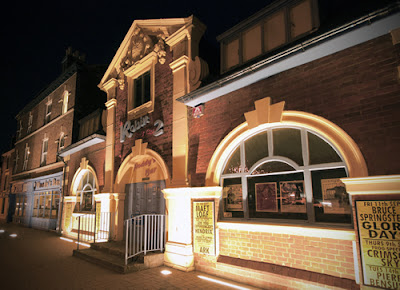 I am playing a gig at one of my favourite UK venues, the Robin 2 in Bilston on Saturday. I expect some of you will have seen the listing on the gig page of my site. Any way I thought you might like to know some thing of the story of the MOTHERS venue in Erdington so, I have taken the text below from the Robin 2 site.
If you are among my younger friends then this might be interesting from a historical perspective.

EVENING CONCERT @ ROBIN 2 (DOORS 6.00pm)
Don’t miss this unique event featuring some of the musicians that performed at this iconic venue. Meet old friends of Mothers, a quality night of great live music and nostalgia guaranteed!

DAYTIME EVENT – MEMORABILIA DISPLAY (10.00am – 4.30pm) @ St Barnabas Church, Erdington
A Mothers memorabilia exhibition will take place at St Barnabas Church, High Street, Erdington, Birmingham B23 6SY, 10.00am – 4.30pm, free admission, which is situated just over the road from the original site of Mothers.
A chance to see how Mothers was voted No1 Rock Venue in the world by Billboard Magazine & John Peel.
Come and see old friends, talk to people who were there, meet and greet with musicians who performed at the venue.
Over 300 items of memorabilia on display with background music from the times, stalls selling posters, t-shirts, records, Mothers 1968 – 71 History Book, psychedelic light show. There will be guided tours taking place throughout the day of the room where the mothers venue was and live broadcast of the daytime reunion by SWITCH RADIO 107.5 FM who will be interviewing not only people who played there but people who were regular members of the club and music from the era played throughout the day

MOTHERS MUSIC VENUE – A BRIEF HISTORY
Mothers (formerly the Carlton Ballroom) opened above an old furniture store in Erdington High Street on 9 August 1968. The club, run by John 'Spud' Taylor and promoter Phil Myatt, closed its doors on 3 January 1971. Between these times, more than 400 acts performed there, many of whom went on to greater success.

The Who performed Tommy and Traffic's world debut took place at Mothers along with fledgling heavy metal bands like Black Sabbath playing some of their earliest gigs there.

Mothers was voted number one rock venue in the world by America's Billboard magazine and John Peel, a regular DJ at the club, was quoted as saying: "People are amazed to hear that for a few years the best club in Britain was in Erdington.