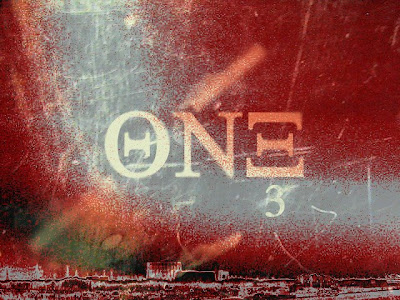 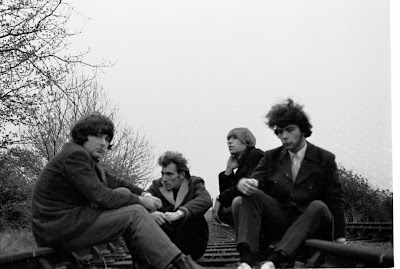 The album of the Rockpalast DVD is now available on CD and there is a signed copy waiting for the best caption for the photo above. Usual rules. As many entries as you like with different names. Comp will run up to the 12th of August. Luke will be judge for this one.
copyright e d g a r b r o u g h t o n 20 08

a spitting image ?
Last week new labour said they would be announcing new measures to deal with knife crime. From the announcement made re making offenders visit victims in hospital, it seems they cobbled a quick meeting together over a weekend barbecue. The idea has gone down like a lead balloon and today they are backing off from the idea as quickly as they can.
Recently police reported that a mother visited her sons (perpetrators)at the police station where they were detained. Apparently they laughed and joked together while their victim lay dead from stab wounds. Later in court the young men smiled and sniggered as their sentences were announced. The idea of people like that getting any benefit from visiting stabbing victims in hospital is ludicrous. One assumes their own victims, assuming they survived the attack, wouldn’t want see them at visiting time. I imagine hospitals don’t need the extra hassle either.
I don’t believe there is single section of our society that Gordon is “down with” or that any of his cronies have the slightest idea what is going on out here. As long as the boxes are ticked and the paper mountain is expanding exponentially they seem satisfied. They are clueless morons with out the first idea of what is wrong in the streets.
Some time ago I was working with a group of young men and they decided they wanted to have an impromptu quiz. The only problem was that they didn’t have any answers only questions. One thought that the Vietnam war was part of the World war two. Another that there was no difference between the Vietnamese and Japanese and any way – what did it matter? Ask any of them or their younger siblings today – What is the war about in Iraq. They will tell you it is oil. They might only get the headlines in terms of “the news” but the message has seeped into their awareness that the examples set them by “the grown ups” is extremely poor and that governments are like pirates or muggers when they choose to be. On top of this a declining education system has failed many of the young people I know. They feel excluded and dumped on. For years the example set by many “successful” adults has been laced with self serving schemes and a greed and the gap between the poor and well off is expanding at an ever increasing rate. We all remember the so called Thatcher years. Until there is a clear intention by government to address the needs of our young people and to provide opportunities on a level playing field the carnage will continue and the walls surrounding the enclaves of the rich will have to be built higher and higher.

As Gordon battles the slippery slope to political oblivion we are told he and the queen are planning a state funeral for Margaret Thatcher. It would be the first for a prime minister since Winston Churchill. It seems that Gordon’s advisers are total idiots. This is the woman who broke the miners, trashed the unions and flirted with a certain South American dictator. She was unforgettably the author of the poll tax fiasco. Even the middle classes turned against her over time, as did her own cabinet. Unfortunately Tony Blair took enough leaves from her book to cloth a forest and we are reaping the harvest. I don’t expect thousand of Marxist relics to turn out to pelt her hearse with rotten tomatoes though some might think it would be more appropriate than the proposed state funeral. I suggest that when she is good and stiff she be dipped in concrete and displayed outside a colliery or at Millbank, the head quarters of New labour, for all to see. Let the pigeons shit on her while tourists pull up to see who made Britain the place it is today. When the iron lady is finally gone the world will be very slightly more fragrant.

I have little to say at this time hence Short story, a tale of few words.