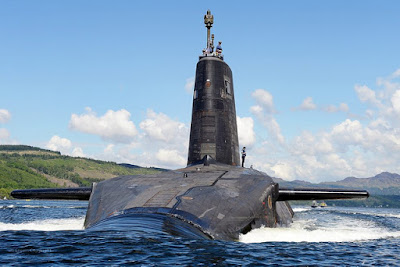 A Ferrari for the insane despoilers and arms dealing war pigs

The past few weeks and days have been astonishing and for too many good folk, devastating. Between Brexit and exit it looks like the way will be marked with momentous events. I wish I could say that I think that most or many of them will be good for the world but I cannot. There is a growing stink of division and confusion here and abroad. As I write this a man has attacked people on a German train with an axe. So have I lost hope? No!

I despair at the Turkish leader who has the opportunity to progress an agenda for a secular society, human rights and democracy but no, the first thing he thinks of is restoring the death penalty in a judicial system where, he has removed most of the judiciary.
But I rejoice in the story told by a USA dad about his teenage son and the school prom. His son decided to go to the prom in an off the shoulder black lace dress in the cause of gender equality and ......because he knew two of his female fellow students were concerned about their appearance.

Then there is the story of the 6- 8 year olds at their school sports day. One of their friends had a disability and he had never won a race. With out any coaching they decided to let him win the running race. He set off and his classmates ran behind him holding hands. He won. Later they told him they had planned it and he was very happy. You would be wouldn't you? They made his day and mine too.

We can make a difference to each other and some times we forget to try. I get reminders all the time though. For example, a friend recently sent me a video of a birthday greeting his young daughter had made for her mum. She is a very bright girl and has all of those - lets make a video in no time at all, skills that the kids have today. Media savvy and able to lip sync to a pop tune, edit it and hit send. The point is it is a lovely thing she did and it touched me deeply. We should all make that kind of effort to be positive in our expression to our own and to others.
So, there is goodness and love all around but in the melee and madness of thousands of negative media messages and dreadful news, goodness and love can be lost from sight. I admit I have been looking for it a lot lately, through the fog, I see it.


But you know all this already. Just saying lest we forget :)


I am off to Sweden for a few days now to play a couple of shows so I will share my Swedish adventures on here, when I return and on Twitter from time to time.

Posted by edgar broughton at 23:01

Those low lifes who voted to leave on the Immigration ticket will now get there way.Our brothers and sisters from Poland will be leaving our shores sooner rather than later.Why?Because there wont be any work here soon and the EU countries will be booming.Good luck to them.

Good to be reminded of kindness in these dark (for us ) times.
For a mature and considered book about the origins of altruism amongst humans AND animals written by a 'gentle atheist' scientist you may enjoy 'The Bonobo and the Atheist' by Frans De Waal.
Enjoy Sweden (would that the 'uk' could be more like the progressive scandi societies huh?)
TimCo
B'ham