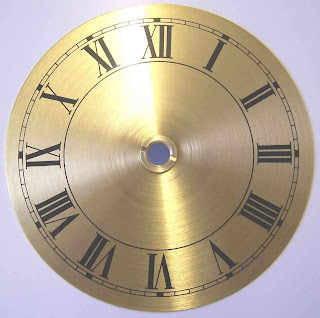 First my thanks to all for birthday greetings and good wishes. So, sixty years on this planet and in this life. I remember when I was a young blood I told every one I didn’t want to be old. I related to the Who line – “Hope I die before I get old”. Looking around at the old boys in Warwick wasn’t very inspiring nor conducive to looking forward to the golden age of seniority. Most older guys seemed so drab and grey and narrow in their philosophies. The Luddite ethic of leave it as it is was prevalent every where and people, especially men, seemed to give in to a norm which they accepted in respect of getting older and letting them selves go while in some ways they expected their female partners to strive to remain youthful and vivacious. To be fair it is also true to say that a lot of men I knew were virtually broken every day in some dark satanic mill or car factory and of course, they had fought a war so it is understandable that many of them would be aching to be still and quiet. They had probably seen enough frenetic change to last a life time and probably wanted it all to stop. There were a few interesting characters who stood out from the crowd but most were extremists in so far as conformity was concerned.
I don’t suppose of all my traits any one might pick conformity as a biggie but of course I conform and do so just as grudgingly as ever in some instances. But I pay my taxes etc, etc. I’m doing o.k. I still have most of my faculties though I’ve had a serious case of the blues lately and work has been a trial for some time now. I cannot perform to my best ability in the Kafkaesque environment that is rampant in local government agencies. I for see many large rooms in the House of paper and still many more citizens will toil to prove wrong is right and all is well through compiling huge mountains of statistical evidence. It will not matter that essential services will dwindle as the paper mountain rises from the ashes of commonsense.
There is no doubt that the people of my parent’s generation and of their parents worked extremely hard for not much though I think life is more complicated today and the stresses are probably as mentally debilitating as was the physical work load of the average working man back then. Now we work hard for quite a lot but all too often the resulting mental anguish is too high a cost. In spite of all this I am personally relatively unscarred by life. I would still rather have the time than the money.
I have very much to be thankful for and indeed I am. It is good to be older and hopefully wiser. I feel right in my skin if you know what I mean. I am not daunted by looking in the mirror though my protesting muscles and joints cause dismay when I occasionally push a bit hard on the bicycle these days. I am sorry for people afraid of the passing years. My mother was in some ways a victim of worrying about the day when it would all be over. I have had some of the best times of my life in the past ten years and I expect that to continue for a long time to come. Bring it on.
I have just begun to change my life around and have taken the first steps. I suspect that by the time I have been en route for some time, people will be a little surprised at some of the decisions I will have taken. Nothing new there then. So I say embrace today. Now is all there is for certain. Enjoy the moment while not neglecting to plan a future. The things that always thrilled me still do so and the dreams are still intact. It is very easy to get dragged down by the negativity of this world but it should be resisted. Then we find others on the same path who can lend support and power towards a happy life. I know this. Be true to your self. I wish you all a happy birthday when ever it is and the same for every day of your life and the lives of your people.
Peace

Glad to hear you're keeping well.

Just wondered if you were aware of any old footage of the band, apart from the OU programme and Beat Club?

I have been on the net lately, and there appears to be film of the Blind Faith Hyde Park 1969 concert with you guys performing and also of the Glastonbury Fayre in 1971.

Would be great to view that footage!

Backatyer mon, and many more. Whilst I do like a large portion of the negative pie, laced with much humourous (a hate my work-ish thing), I'm with you on that one, and would add that one of the major things that keeps me going is the happy existence of people that not only give me peace by accepting me for myself, but are also willing to help save me from myself "I will remember them, at the coming up of th....." well, you know what I mean. It's also of course, a very good feeling, knowing some trust me to be the same for them.
It is about the bike! give me two wheels against Public Transport any day - don't know 'bout you, but I still find it less painful than walking! You'll be pleased to know I'm seriously thinking of getting a bike rack.

The fanatic in my attic

Allow me to be personal for a moment ? I offer you ten grand or an additional 6 months to your life - what do you take ? I would always take time over money. Money is sewage (neccesary, but not something you want in your kitchen).
I really and sincerely wish you well with changing your life around. I have recently distilled everything about my life. All the things I thought important to my family are just a mirage. They want me...the bloke I really am, not some screwed up wage slave impersonating the bloke I used to be.
I hope we are on the same path.

Firstly belated birthday greetings - may you have many more. You have a few years on me but much of your writing rings true with me (and many others I suspect). 'Things aint what they used to be'(I am pleased to say)but are they any better? (perhaps not,but different? Yes). As Paul in the Dales suggests it is time that is in short supply these days. The encouraging thing to hear from you Rob is that you have identified certain areas of your life that need changing and you have the courage to do so. This isn't always an easy decision to make. Where ever life leads you I wish you peace and happiness.

Don't know what your planning for the future but have you considered growing your hair, starting a band and becoming a professional full time musician?

Now tell me. What is a man with his own ideas doing working for local government? Like yourself I sometimes find myself as a square peg ( I'm a Civil Servant) I've found the best way to make changes is to let those upstairs beleive your Ideas came from them.

When I was a kid you were an instrumantal (sic) part to my formative years. I don't really understand any more about politics now than I did then but if it was anti-establishment it was good enough for me.

When you talk about the path of your life, I think you are really fortunate. Yours and the paths of Steve and Art have run in paralell for a long long time whilst mine would look like a mobious Clapham Junction by comparison. It's nice to have been given this medium to touch the lives of old friends and run alongside for a while.

If I hadn't invented sex all those years ago we might be best mates now.

Really like the new MySpace stuff, and the other MySpace site as well (is that to do with the band or is it a fansite?) - and thanks for quoting my Surfcast EBB description in the Sounds Like bit - delighted. Good to listen to the interview as well.

Don't know if you've found it yet, but there's a Norwegian band doing a over of Evening Over rooftops on YouTube. Check out: