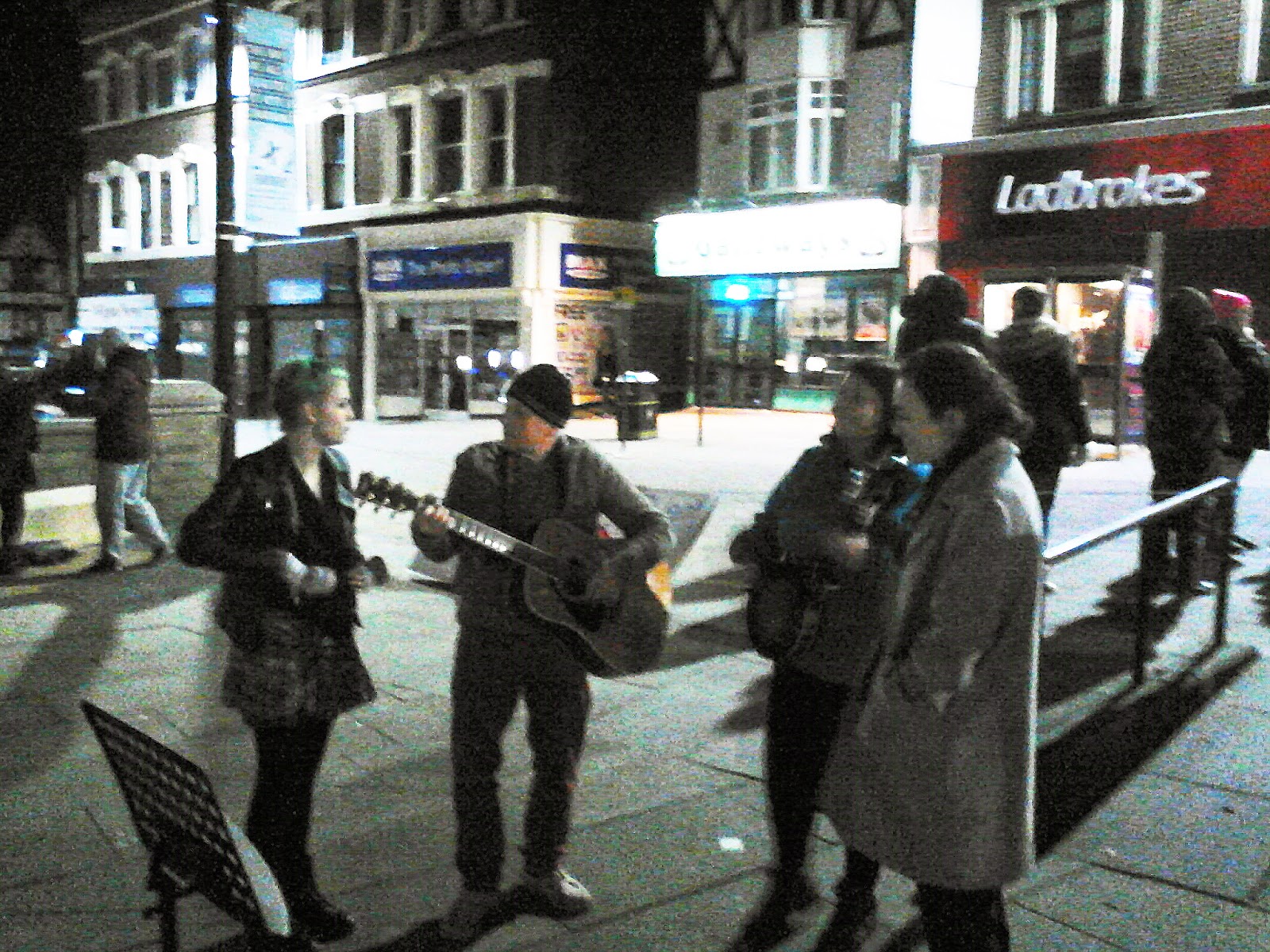 If Mister Spock had scanned the entire Earth in 1981 he would've stood straight, stepped back and uttered..."fascinating"...right after he scanned this album!...In the desert wasteland of post 70s music this record stands like a pyramid next to "Moving Pictures" and maybe no others as the last great albums in Earths evolution. Sadly the future of music seemingly died with Randy Rhoads...and if you want to know why, buy "Superchip" and study it like a college text-book!...A complete concept album in every way,...fast paced, funny, scary, weird and fantastic musicianship...Broughton, Grant & Broughton are as classic as the three stooges! Arthur Grant is second to no one on bass guitar,...solid as a rock! And although Edgars' guitar work is not the feature that it was on the first five albums 69-73, there's so much going on, and so many fresh new sounds you wont miss it. Unless you only prefer the "Love In The Rain"..."I Got Mad"...trademark sound of this band. If so you may be disappointed,...there's a lot of keyboard to be sure. Also you need a good sound system and ears that function,...there are sound effects out the ying yang...an a vocal presentation an auctioneer would marvel at!...Fortunately the lyrics are included along with a brief word from Edgar. Young people if you want to know what is happening this is the best 38 minutes of clues there is. "The Virus" a 17 minute bonus track from 1996 uses samples of "Superchip" in a techno-ambient pastiche in an attempt to bring closure to the story...But "The Final Silicon Solution" continues!...Why do some think that mind-control is being implemented...by the 50s when the Nazis had fully usurped our government, they started experiments with 149 task forces under the c.i.a. umbrella...implanting micro-chips in humans stems from those experiments!...But the technology may be older than Earths' human race!...Consider, what would a chimpanzee transform into after 200,000 years of behavioural modification implants? To me anyone who does not believe in mind control are like those who believed the world is flat even after Columbus proved otherwise. So how do you know how bad-off you are?...Well if your over 30, listen to top 40 radio for a length of time, the sooner you begin to feel your colon clinch the better off you are!...If your under 30, your job is to find a solution to 'their' solution!...Mine is a plant (mammals evolved by inhaling plant by-products)...it's hard to brainwash the stoned!....This CD covers alot of music styles on the totally electric end,...and I could go on and on...so lastly if you like the BEATS of modern music...you'll find a pioneering track right here "Save Me Keep Me" is the song part of track 11 "Do You Wanna Be Immortal" reggae-rap that hasn't dated...indeed it seems like it was written about life today...so you see Edgar Broughton is perhaps the clearest visionary recording artist in history!!!!!Do yourself a favour and give 'em a listen..."Oora" 1973 is probably their best...But get their DVD "At Rockpalast" 2006...it's their only release of new material since "Superchip"...Then you'll see why the party should be at Edgars...oh and don't forget brother Steve (what a cool drummer)! These guys deserve better than the R&R hall of lame!...How 'bout the underground house of cool...OXOz choice,
Reviewed by Steve Zubal   7 Feb 2010

I think he likes it!!

When the Ebb was recording Superchip, back in the day Steve came up with the song Outrageous Behaviour. The song depicts how, in Superchip world, the government of the time had installed what Steve called sign speakers in public places. They provided information but they also gave out instructions. Steve wrote the lyric in the first person. Below is the first verse

I was addressed by a sign speaker
Don’t walk on the grass please keep to the path
It was the first that I’d seen, yesterday there were non of them,
Now they would always be there.
I gave it a kick – what a feeling as I put my boot in its eye
But a park droid had seen me
My number remembered, location and size.

Last Friday I  played an open air set along with my mates Acoustic Routes at the all night sleep out in aid of The Brick Homeless Project in Wigan town centre.
During the Acoustic Routes set a small gang of very drunk young men approached the scene shouting and singing. Hard to tell if they were trying to join in or it was some kind of mindless protest. They milled around the area and caused a little concern. Just when it looked like they were on their way they returned. After about fifteen minutes of this the relative calm was broken by the sound of a blaring loud speaker mounted on a nearby building. The sound was not the sound of some nasty and cheap tannoy system. It was very loud and clear. The remote voice informed the offending group of young men that they were in contravention of local bye laws, that they were on camera and must leave the area. It was announced that a police car was on the way. The speaker repeated the missive two or three times with a the sound of an approaching siren added to the re-mix. It was all very impressive and slightly disturbing. Big Brother was clearly watching. The threatened police car never showed but I would like to think that when the men moved away the police car was diverted to something more urgent.

So Steve, like much of Superchip, your dark vision in the song has become a reality. I wonder if this is being employed elsewhere.

Meanwhile, some good news, we are planning a download of Superchip including bonus tracks later this year.

After the gig in Wigan town centre it was a off to Wigan Athletic's ground to watch Wigan play Bolton. It was good to see Emile Heskey playing and to see Ojo, one the LFC kids on loan to Wigan. It was a good game with a 1-1 score so a point that Wigan might well consider to have been invaluable by the time it's all over for another year. I like the ground a lot and the vibe. Friendly people and no bad vibes. We had the privilege of visiting the players bar and sitting in what John Bradshaw described as the posh seats with padding. It is also the area where the scouts from other clubs sit making copious notes about players on the field. My friend and road Manager John is a Latics fan and so is his friend, also John, who came with us. So who would have thought it? There I was at the match with one ex Police dog handler and a retired Chief Inspector. All good.

Staying with John and Val Bradshaw is always a delight for me. Without the genuine support of good people who get it, I would be lost. John and Val are folk who are part of the small number of people who not only support me in very practical ways but give me all of the encouragement and sense of purpose that makes it all possible. I have few close friends, none on facebook, but I am very blessed by each and all of my true friends. By the way Val your butties are still top and the lemon drizzle cake was to die for.

Next up is the gig at The Robin 2 in Wolverhampton on April 8th. Luke is also playing a set so that will be special. I will be playing some new songs and golden oldies with a twist and it will be great to be back at The Robin. So it is time to rehearse and plan the set. Any realistic suggestions will be taken into consideration.

Latest - The number of people in London visiting food banks has increased by 394% in the last two years.

Posted by edgar broughton at 19:24

Superchip is my favourite Broughton album and my favourite track is Last Electioneer. It could be a current release given the stagnant state of UK politics.
So good to see you still have the same values you always did and put your money where your mouth is. Love you man!

Re "Latest" Cameron's recovery is a joke and only applies to those with liquid assets and disposable income.

WOW!!! I did think this idea of microhips planted into humans was the work of some nightmarish sci -fi film, but science fiction becomes science fact. I know my passprot has such a chip in it, so if I was carrying it on my visit to WW1 battlefields of Flanders and The Somme last year , I gather it could track my movements.
As regards history it facinates me, favourite subject at school. Now I try and get both sides to a story, one I've been arguing for a few years Is I don't think Richard III was a bad king or the tyrant he was made out to be, but was a popular, much loved king, some of his reforms of the legal system led to bail and legal aid.
Galadriel Louise Potter