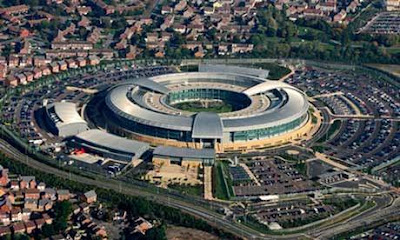 In 1990 the Berlin Wall came down. One of the outcomes was the facilitation of citizens of the bankrupt GDR to have access to secret files kept on them by the hated Stasi, the Ministry for State Security. The Stasi has been described as one of the most effective and repressive secret intelligence services in the history of the world. 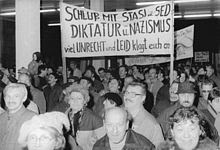 protesters against the Stasi in East Berlin

When people accessed files on themselves they discovered that even some family members had spied on them for rewards such as moving up the waiting list for housing or a new “cardboard car”, the Trabant. It might be said that the GDR government, with its KGB association and support, has done much to dirty the good name of socialism. The spying on “ordinary citizens” by their fellows extended to reporting them for illegal political meetings and action that could be described as political dissent of any kind.


The tendency of governments to lie about their worst excesses has never been more apparent. During New labour's term of office Jack Straw (Home Secretary) categorically denied UK involvement with rendering. This is the practise of kidnapping individuals and housing them in friendly countries such as Turkey with out recourse to legal representation. Straw vehemently denied accusations of UK involvement with the torture of these political prisoners in the name of anti terrorist security policy. Turkey has more imprisoned journalist than any government in the world. It has since become clear the UK involvement was rife with co-operation with the CIA who were the biggest player in the practise of rendering. 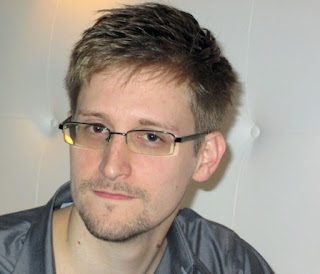 Edward Snowdon the man responsible for leaking the latest revelations around American Prism spying on it's citizens is in hiding in Hong Kong. He used the name VERAX meaning truth-teller in Latin, in his communications with the Washington Post. He said he earned 200,000 dollars a year for his work as a CIA employee but leaked the Prism information "because there are more important things than money". This is another example of a whistle blower who will probably pay dearly for his revelations like Bradley Manning the American army intelligence officer.

When Obama spoke about the leaked information yesterday he stumbled and stammered uncomfortably like any common place liar. Another politician who puts political expediency before the truth. This is the man who vowed he would dismantle Guantanamo Bay prison, the practise of keeping alleged terrorists with out trial and water boarding the American's favourite form of torture.

As I write this I am listening, on the radio, to the Foreign Secretary, William Hague, making a statement in the House of Commons in Westminster. He denies all improper use of spy ware used to spy on “ordinary citizens” but, why should we believe him? I do not believe this governments assertions on much at all and the Prism scandal is no exception. This is the man who only a few days ago apologised for the torture and murder of suspected Mau Mau terrorists during Britain's rule in Kenya back in the bad old days of Empire. This was denied by successive UK governments for years. I repeat why should we believe him now or at any time?

When I was “kettled” during the Westminster square demo against student loans cuts the police took photographs of every one leaving after we had been held on Westminster bridge for two hours after five hours being "kettled" in Westminster Square. It is technically illegal to take photographs of a police officer. We were, for the most part, UK citizens demonstrating in a peaceful manner. What were they afraid of?

Regulation of Investigatory Powers (RIP) Act, passed by New Labour in 2000, allows our own security agencies to gather information about people's phone calls and peruse our web-surfing histories. The RIP Act is an extraordinary piece of legislation. It restricts the right of private companies and individuals (including journalists) to hack into people's data and baldly decrees that only the state and its trusted offshoots shall have such powers of intimate hackery. It allows agencies(including Defence Intelligence Staff, MI6, MI5 and Her Majesty's Revenue and Custom) to intercept our communications, including tapping our telephones, getting access to our emails and checking our web-browsing antics. It also allows "lower level" forms of spying, or what it calls "directed surveillance", and this power can be invoked by all the security agencies as well as local councils, the Office of Fair Trading, the Serious Fraud Office and others. Local councils have used the RIP Act to spend loads of public money on buying zoom binoculars, night-vision goggles and GPS tracking devices, which they have used to snoop on our telephones and access our emails.The RIP Act gave Britain what were then unprecedented powers of internet spying. It gave rise to a new institution, called the Government Technical Assistance Centre, which can carry out surveillance of the email messages held by ISPs. The aim of the RIP Act is as simple as it is terrifying – to allow the authorities, in the words of a Home Office official, to “ obtain a picture of a persons life, activities and associates”.
The increased surveillance of our every move has reached almost total saturation. Cookies on web sites provide information on our purchasing habits and a lot more. It was recently discovered that when Sony BMG hid a “rootkit” on their CDs, they spied on you the music lover and let hackers into your computer. What were they thinking?

It is not possible to travel any where with out our every move being recorded on CTV cameras and through banking card transactions. We often hear the assertion that if we have nothing to hide then we have no reason to be concerned. This was an assertion often heard in the early days of The Third Reich which heralded the full blown horrors of the Nazi regime in Germany. The culture of a any government spying policy directed at what the government call “ordinary citizens” will lead to a decline in transparent political standards and values and a relaxing of political moral practise. It will be increasingly easier to by pass the usual protocols that are designed to protect us from state intrusions into our private lives and the price will be high.

Privacy as we knew it began to decline some time in the 20th Century and we see that the continued erosion is almost complete. For some time George Orwell's idea that one day the state would remove all personal privacy appeared to be mistaken. In fact it was more the case that we were watching Big Brother and it's propaganda on television. This is no longer the case. Big Brother is more than likely watching YOU in spite of protestations that this not the case.

So, is Edward Snowdon a traitor or a hero? Do you accept what William Hague has said about GCHQ and the Prism affair? Do you believe that this government will act responsibly over surveillance of suspected criminals or terrorists and not extend their surveillance  to ordinary citizens who democratically oppose their policies?

Posted by edgar broughton at 17:45

Well that sums it up nicely mate. A good piece and lots of food for thought. To answer the questions at the end YES! Whistle blowers are always heroes as far as I am concerned.
I work for a local authority and a couple of years ago whistle blowing was the subject of much discussion. it was muted that a new policy that would encourage and protect employees stepping forward to high light bad practise in the service I work for would be implemented. A young female employee did just that and to cut a long story short, she suffered terribly. The policy was dropped.
Big brother rules.

All power to those who speak out.
Jack Manley

One comment! Where have they all gone? I would have thought your fans would be very interested in this topic. Me and Bob can only say you speak for us and put better than we exactly how we feel about our privacy and the changing times. Well done Edgar. Shame about the G8 protesters mob. What good are they behaving like that?
See you at The Borderline, one of our fave venues.

Hello Mary and Bob
I have just finished reading Sisters Secrets and Sacrifice by Susan Ottaway. It is an amazingly poignant story of two sisters who worked for the British SOE in occupied France during World War 2. It is a reminder of the sacrifices made so that we can be free today. I do not judge the silent majority for their abject indifference to the way our freedom is currently under threat but I pity those who benefit with out making any contribution to a righteous struggle and I thank you and others for your steadfast support.