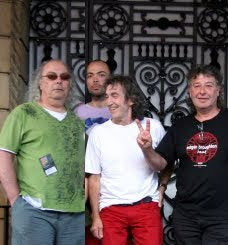 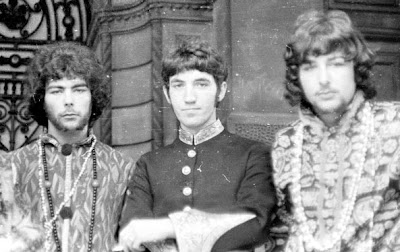 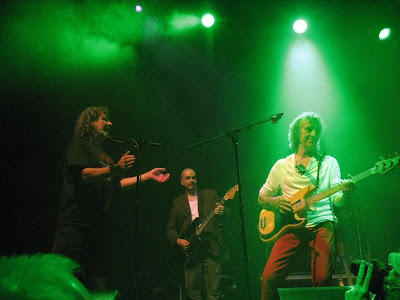 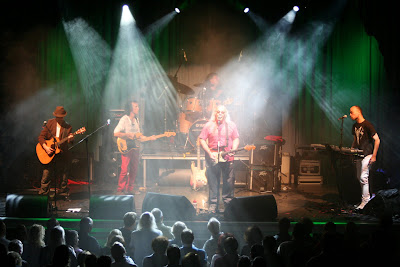 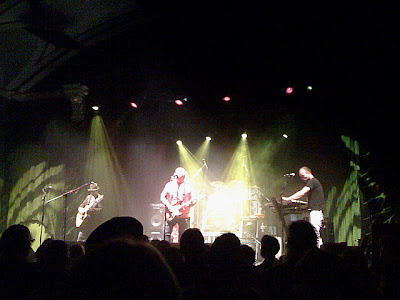 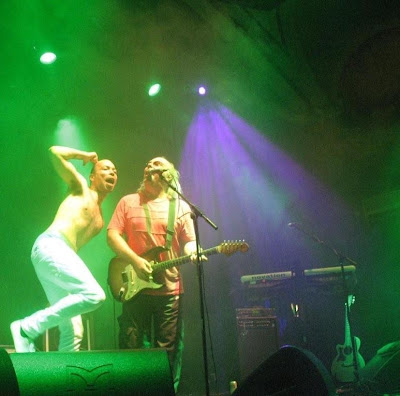 Posted by edgar broughton at 21:38

What an awesome night, the tickets were bought for me as a birthday present by my 21 year old son, he being a drum and base fan was a bit apprehensive but had to admit it was one of the best gig's he had ever attended. i have owned several dvd's but never seen EBB live and the assembly is a night i will never forget, i remember the days when my old man used to come over to Kipling Ave to complain about the noise. Does anyone have any pictures of the psychodelic Edgar Broughton Blues Band van, I remember the old fellow on his racing bike vividly. and the "hippies" who lived across the road. I also remember Out Demons Out daubed in paint on the wall of Westgate school and had'nt a fucking clue what it meant. Where is the next gig, I can't fucking wait.

Oh how I wished to be at this concert. Well, there will be another one - must be one. May I ask you for the setlist?
- Christian

Thanks for the excellent set at Leamington Spa last evening! I really enjoyed it.
As it happens, it is only the second time that I have seen the EBB live. The first
occasion was in Dusseldorf, Germany in either 1970, or 1971. Being a 'forces brat'
and not allowed out much, I believe you constituted my first 'proper' live group.

Out of interest, would you have record of when that show took place, assuming of
course, that you only performed the once at Dusselforf during that time frame?

Again, thanks for a great evening's entertainment.

Just wanted to say thank you for a great night at The Assembly on Friday. It was a very special one for me - seeing my all time favourite band in Warwickshire 40 years on and in top form and my son Tom's band The Little Grey Men putting on a good show in support. What a night!

Absolutely brilliant gig at Leamington on Friday night. Many thanks to you all

Rob - I do not want to pester you - but you may remember you very kindly signed some treasures for me a year or so ago.

I have just returned from your gig at the Assembly in Leamington. I was pleasantly surprised how easy it was to get down there from up here in Edinburgh - but I would have endured quite a lot to get there believe me. After 30 years or so I finally got to see you guys live! It was a wonderful experience - thanks to you all! I thought the set was a perfect balance, the sound was excellent and the venue itself was really good. Everyone seemed really friendly there and it was clear that there were many in the crowd who love the band as much as I do. To see you guys up there weaving your magic and conjouring up that music in front of me was incredible, so I just wanted to say 'thanks' for 30 plus years of exciting listening and a great evening of live music.

Hope to see you guys again before too long - maybe a Scottish gig sometime?

Best wishes to all - and thanks for a perfect show!
Dave

Having first seen Rob play in about 1964 (the Road Runners), it was great to see the EBB gig again,especially at such an excellent venue. It was certainly worth travelling from Chelmsford. Apart from the fantastic music (guitar playing and drumming especially), also, Rob (Edgar) still has a very powerful voice despite his age (!). I have an interest in the band because Art (Arthur) and I both went to the same secondary school (Oken High). His first band was called the Motives; like me, he remembers building his first bass guitar speaker cabinet in his back garden in Warwick. Happy days! I will be checking out the website in the hope that the band will be playing more gigs this year, especially as it's their 40th anniversary. I'm just disappointed that I didn't recognise anyone in the audience; however, I left my home town Leamington Spa to go to college way back in 1969.

Just 'found' you! Shame on me. Saw you at The Assembly, Leamington. Just brilliant!

Off to stock my collection with some Edgar Broughton

Good luck for your future gigs!

Hi Guys
Leamington was way beyond what I expected. What a show. I never saw a band who played so much different vibes and full of emotion and sincere message. You guys are really special. Very wonderful.
Peace
Karl