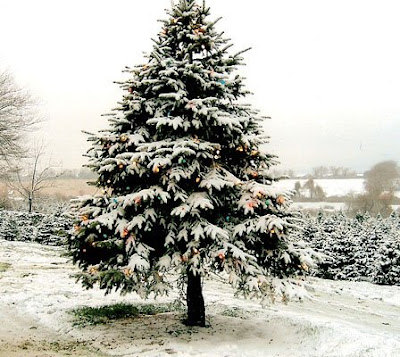 The times they are a changing. The recent financial crisis is responsible for the forming of different attitudes regarding the difference between what is necessary and what is desirable in the mind of the consumer. We knew about the difference all the time but in times of boom we all tend to spend a little more on the fripperies and desirables as opposed to the necessities. We all know about the struggles of the local shop against the might of the four giant superstores but today the Co-operative society announced a 25% increase in turnover. You may know that the good old Co-op is basically a socialist organisation and it looks as though people are becoming increasingly choosy about where they spend their money. I am in the process of moving what little I have to them and I know of at least one other person who is going to do the same. Recently Shoreham Steve wrote a lengthy comment to a post on my blog which outlined his attempts to deal only with ethical business. Not so easy but always laudable to try. More and more people will respond favourably to the fair trade companies and will slowly reject the wasters and users i.e. the major banks and their dodgy chums.

Are the high streets dying? I don’t think so. Just evolving but people will begin to hang on to their old mobile phone a bit longer and they will probably hang on to their cash rather than spend it on the luxury items. If the shops that only sell unnecessary goods were removed from the scene entirely then what would be left? Not much. Our local high street at Clapham Junction is no exception and is made up of the usual shops. They all sell stuff no one needs. Most of us have what we need though of course I accept there are far too many exceptions.
Recently Brown said he hoped his measures would encourage the banks to start lending again. That is what caused the problems in the first place so it is imperative that they, the banks, are monitored closely. Brown also thinks that new tax cuts will encourage consumer spending. Great! Lets all go and buy more stuff we don’t need.

I am no financial expert as you will have already deduced from this post but I do believe we have to begin to look at a personal policy around spending that addresses three basic issues if at all possible.
1. Do we need the new purchase?
2. If we do was it made responsibly in terms of the effects on environment?
3. Did the people who made it get a fair price for a fair days work in a safe , healthy work environment?

Some of you will already know how difficult it is to buy in this way but we have to begin to demand the option, partly by refusing to buy what does not meet our standards. Boycott the decorative, the trivia and the fripperies and have a sensible Christmas. Give to the poor and the children and try not to give too much to the venture capitalist and the high Street muggers. If you can’t eat it, it doesn’t save you money or you can’t wear it, keep an old person warm with it, make some thing useful ( tools) OR make a child very happy for longer than three days then don’t buy it.
If people down sizing their Christmas spend causes businesses to go to the wall it is probably a case of natural wastage and or survival of the fittest which many of those failing businesses would have claimed when the boot was on an others foot. The decline in the high street that you think you might be seeing could be the beginning of some thing radically more realistic and viable. Let us hope so.

Finally I would like to hear what others think and what strategies they employ when spending. The best comment will receive a free goodie from the EB Band catalogue.

Posted by edgar broughton at 20:49

I appreciate that this is a drop in the ocean but the place I work in has decided, instead of sending cards to the people we see every day, we are going to send one email card out. The money we would have spent will be sent to Shelter. Last year we bought equipment for the special baby care unit of our local hospital. As they say "Every little helps".

Maybe instead of the usual waste of money we should offer our loved ones some of our precious time in order to really be there for them. For many of us it is easier to buy things people don't want but can be measured "she must love me she spent a fortune". Most of us would much rather someone listened to our dreams and aspirations than gave us yet another gift set or novelty boxer shorts. That is my plan this year.

Christmas is crap. Don't join in. Give to those who need it and when ever you can. I have also joined Amnesty International so for me it's a start.

I love Les's Most of us would much rather someone listened to our dreams and aspirations than gave us yet another gift set or novelty boxer shorts.
How true. And how true is this for kids who are virtually handed over to teachers and social workers for nurture and education while parents work all hours for "things" thay have to own in order to justify their existence?
We have to change and place a higher value on people.

It's a big mistake to view Christmas as a merely daft but harmless and antiquated festival.
Christmas is a major, pro-active, assault on the psyche whose main function is to indoctrinate the young into a consumerist, and by extension, pro-capitalist way of life.That way of life is destroying the planet, causing poverty, climate change and war. For anyone fighting capitalism, Christmas must be seen as a major target.

I am always dismayed when I hear the owners of shops in Oxford Street bemoaning the fact that they only make a profit during the 2 weeks leading up to Christmas. What justification can there be for a business that is only effective for 2 weeks out of 52?. Maybe they could house the homeless for the other 50?!
I like the word 'Xmas' as it suggests to me we should be crossing it off. And how does Xmas sit with our eco-footprint I wonder. Also, whilst I think we should all get the week off, isn't it about time the world recognised that Jesus (that kid with the Greek name) was born about 3 months previous to the 25th Dec and give the Pagans back their wonderful mid winter celebration.
Anyways, we could all do with a holiday during September innit?!!

Peas in our Thyme

Thanks folks. All good but my favourite comment is the first who will receive the EBB goodie and I know just what it will be .....