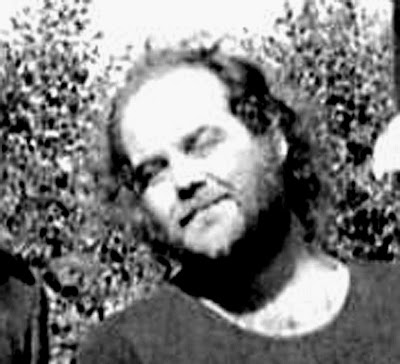 Ray Dixey
Old roadies never die at least not in so far as they are integral to the life of the band and therefore to the history and legend. Ray and I keep in touch via e-mail and he comes to gigs when he can. I think some times Ray misses the camaraderie and in his own words being “ connected”. Now our Ray is some thing of a writer like me so between us the idea evolved that it would be fun to have him write an occasional piece about the old days or any thing else he fancied. He has a caustic wit when addressing the petty burocracy that plagues us all so don’t be surprised if we get some commentary on modern life in forth coming contributions. Any way enough from me. Let’s have Ray introduce himself.

Kindly Rob has let me (big)Ray Dixey write a piece for his weblog.
I first met the band when they were a 3 piece band in the 60s with Rob and Steve’s mum Joyce driving them to their gigs. At the time I was with a bike club and got invited up to Warwick where the band were doing a gig through the streets on the back of a flat back lorry and needed some back up.The next time I met the band was at a free concert at Hyde Park corner at a benefit gig for the people squatting at 144 Piccadilly, a large enpty house which could have been used for helping the homeless of London.The 3rd time I met up with the band was at a gig in Bracknell, Berkshire and hung around after the gig to help the road crew strip down the bands gear and load the truck.Rob and co. must have been impressed at my enthusiasm and being unemployed I was offered a job to start the next day with the 3 other crew members,which turned out to be 5 days of back to back work the first gig being up Liverpool,the second in Kent, the third was Hull,fourth Swansea and the fifth in London.As there was now 4 in the road crew and only 3 seats in the truck I made a bed in the back curled up inside one of the W.E.M. p.a. horns and think I got more sleep than the rest of the crew over the 5 days.There were times over the next 10 years when the EB Band didn’t tour. At these times I took on tours with other bands and worked my way up through the ranks learning how to sound mix. I had my name on Geno Washingtons,Geno live at the marquee. Later I was offered a job as a p.a. hire manager and assistant manager of a rehearsal studio working out of Pinewood Film Studios where as I had a lot of muscle and could bench press 400lb I got not only to be minder to The Beach Boys, I also got to do the sound monitoring for them while they rehearsed for a press gig in a London hotel.I retired from the music business in 1983 as the company went bust. My father had just died and I sold my house in London to buy a bungalow in Essex near my sister and became a carer to my blind mother until she passed away.I now live in South Wales half way up a mountain and have just recently had quadruple by-pass surgery.More later.
Love to all,Big Ray.

I have to express my disgust and condemnation on hearing the news that last month a teenage girl in the Kurdish region of Iraq was stoned to death by a group of men. It is believed that 17-year-old Doa Khalil Aswad, who came from the Yezidi faith community, was killed because she had fallen in love with a local Muslim man. Her death was filmed by her killers and the video posted on the internet. Amnesty International has described the killing of Doa as “abhorrent” and says it is becoming increasing concerned about the number of honour killings in Iraq.

An Islamist rebel administration in Somalia has had a 13-year-old girl stoned to death for adultery after the child's father reported that she was raped by three men.
Amnesty International said al-Shabab militia, which controls the southern city of Kismayo, arranged for 50 men to stone Aisha Ibrahim Duhulow in front of about 1,000 spectators. A lorry load of stones was brought to the stadium for the killing.
Amnesty said Duhulow struggled with her captors and had to be forcibly carried into the stadium.
According to Amnesty International, at one point during the stoning nurses were instructed to check whether Aisha Ibrahim Duhulow was still alive when buried in the ground. They removed her from the ground, declared that she was, and she was replaced in the hole where she had been buried for the stoning to continue. Inside the stadium, militia members opened fire when some of the witnesses to the killing attempted to save her life, and shot dead a boy who was a bystander."
During her trial Duhulow was originally reported by witnesses as being 23 years old, based on her appearance, but established from her father that she was a child. He told Amnesty that when they tried to report her rape to the militia, the child was accused of adultery and detained. None of the men accused was arrested.
A man has either to confess his adultery to the court or four men must have witnessed the act for the male “adulterer” to be held accountable. Nothing surprising there then.

Apart from the horror of such vile practice a whole nation is brutalised and slowly inured to such savagery and ultimately corrupted. Any body left to complain or protest will be swallowed up and disappeared. It seems the darkest days are still to come. There is little any of us can do except to add our voices to the protest when we can. Meanwhile Amensty International need our cash to continue the fight for reasoned justice so please give what you can spare. http://www.amnesty.org.uk/

Big Brother/ Father is vetting you? As a Vatican watcher I was intrigued by the latest announcement concerning the induction of new priests. Is the proposal for a Vatican edict to profile and vet men who wish to become priests a sound idea? The aim of the new process will be to determine if the candidates for priesthood are likely to be able to control their sexual urges.

Thank you for the kind birthday greetings. May all your days be happy.

Testing priests is not a job I'll be applying for Rob. We should all support A.I. for all our sakes. Ray is a character I'll bet.
Happy days
Angela
x

Lovely stuff Ray!
You should tell your version of Arthur's move after a Norwegian tour when the truck rolled and the Droid bust his ribs!
God bless him.
Stevex

A priest is potentially a very dangerous animal due to the obligatory trust and faith his parishioners have in him. Any thing that might prevent the abuse we hear about so often would be a start but the dissolution of the establishd churches would be a solution to many negative aspects of our daily lives.

You must remember this
A priest is just a priest
A sigh is just a sigh.
Hold no grudges and you will be free.
They all waffled on about that but they were actually right.
If you like the established Chuuuurch then why not?
Me, myself, I'm still looking for my church.
In the meantime,don't interfere, don't have opinion,leave them alone,
love to the anonymous,
Sx

It is easy to knock religion. I agree that there is much that is wrong with the world faiths but there is much comfort that they do bring to a lot of people. It is a sad fact that all walks of life contain 'bad' people who will corrupt and take advantage of others.

The recent stonings that have been reported cannot be justified but by the same token we should try and respect genuine 'other' cultures and not expect everyone to act as we would. How do we change their attitude? Beats me. I recall that Shia law was suggested for the UK but this caused an outcry. Is it ok for us to change 'them' and not them change 'us'?

This is getting to deep and I have no answers. WHY CAN'T WE ALL JUST GET ON WITH EACH OTHER AND LIVE IN PEACE?

Just to be clear the term established church doesn't mmean its been there for some time ha ha!

An established church is a church officially sanctioned and supported by the government of a country, e.g. the Church of England in the United Kingdom.
Critics of this relationship between State and Church are not trying to abolish religion.
In America the constitution makes the division between state and church mandatory.
Any way I'm with Atheist on this.

This is to S
In the meantime,don't interfere, don't have opinion,leave them alone. Flip me. A recipe for compliance. You might just say don't participate. Sorry mate but when were you last at a Edgar Broughton gig?
Support AI. Join now.
peace
Smithy and co

Looking forward to the next episode from big Ray. Nice idea guys.

Sharia law is better than the interpretation of it by the likes of those who stoned the 13 year old.

What an unusual combination of topics. Felt uplifted by Ray and his introduction, not to mention promise of interesting old stories to come from him, followed by the horror of the murder of the innocent girl.

I can hardly believe that I live in a world where such an event can happen and cannot imagine how her last hours could have been endured. It is so little on one level but it has made me renew my Amnesty membership. Hope some of you will follow suit.