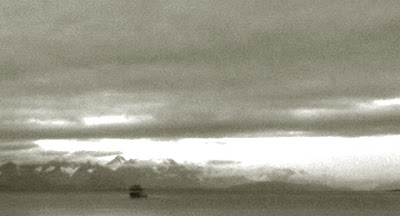 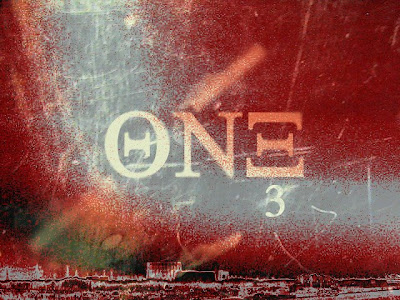 The competition is still running on the previous post. The album of the Rockpalast DVD is now available on CD and there is a signed copy waiting for the best caption for the photo above. Usual rules. As many entries as you like with different names. Comp will run up to the 12th of August. Luke will be judge for this one.

This phone photo was taken high over part of the northern Norway wilderness on our way to Tromso and Karlsoy from Oslo where we had a great gig at the John Dee. We flew over mile after mile of uninhabited land. The travelling was gruelling as we had little sleep but I'd had a great time in Oslo and felt energised by the whole thing. I can sleep any where but with views like the above I was glued to the window on the plane for most of the journey.We landed in Tromsa and boarded the ferry to Karlsoy along with our old mates The Strawbs who were also playing the festival on the remote island of Karlsoy. The weather was unsettled and we were a bit surprised by how chilly it was. After an hour or so of racing up the fiord on the superfast ferry we arrived at the harbour of Karlsoy pictured below. 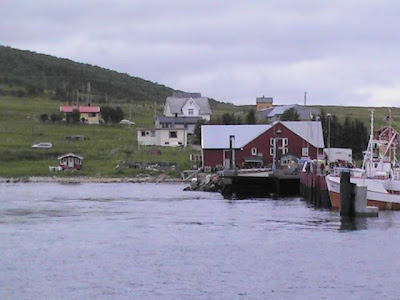 This island is a magic place and I have never been any where like it. If you want to know more about the history and how the present community of around thirty people began to arrive in the 70 s check this link. http://karlsoyfestival.com/festival2005/information_in_english.htm 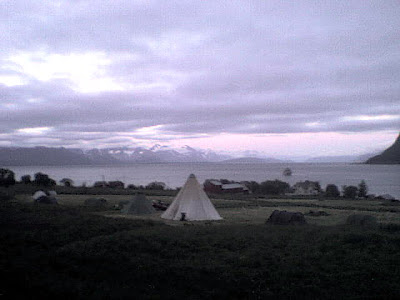 a coast guard boat watches from the fiord
Around 1500 or so people came to the island for the festival that had the theme of Solidarity for this year. Seminars, debates and work shops as well as music were all part of the menu. I like the aims of our hosts very much and the EBB's offering was very well received by people. The mid night sun peeped out from from behind the cloud just before the EBB took to the stage. Every one cheered as we all stood transfixed by this extra ordinary sight which has thrilled people for thousands of years. What a fantastic beginning for our show. Strangely as soon as we finished our show the sun hid behind the cloud for a while but by 2 am the sun shone softly every where. 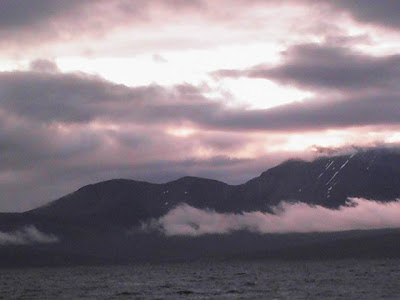 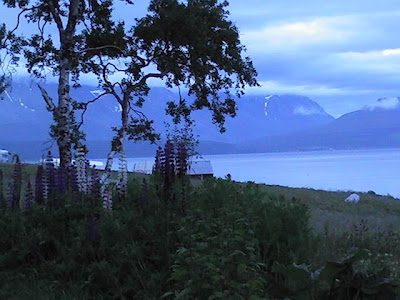 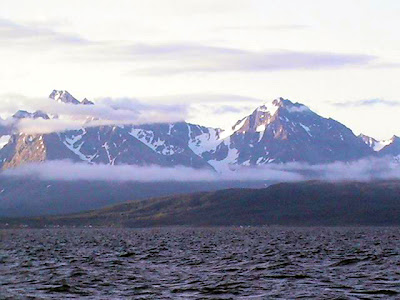 the view from the stage
There were times when the view in front of me and beyond the audience was actually distracting. I remember pausing a couple of times when chatting with the audience, not because I had forgotten what I was saying but, because the changing light on the mountains was diverting and enchanting. It was said more than once, by an EBB member that " You couldn't make this up could you"?
We were very weary as the day wore on and not scheduled to play until mid-night. I know some of us began to wonder if all the work and travel involved was worth doing. Extreme fatigue when a performance is required can some times seem to be almost too much to handle even for old pros like us. As soon as the sun came out we were so uplifted that we began to really immerse ourselves in the experience. We saw the light. 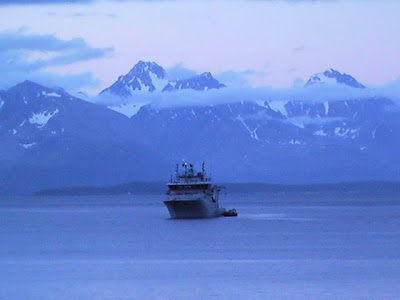 These coast guard guys were stationed off the island watching and listening. Check the electronic hard ware on the roof of the boat. I joked with locals that the crew must have done some thing really stupid and were punished by being sent to the arctic north to watch the hippies. 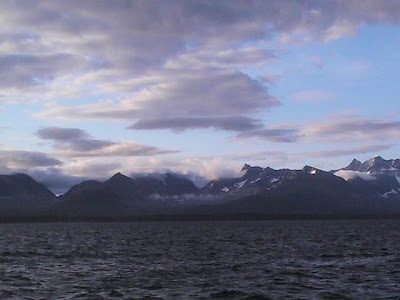 At 4 am we mustered at the dock to board a chartered boat back to Tromso. Captain Karto and his wife Julie were great hosts. Julie had made a wonderful feast for us and I drank my first cup of decent tea since leaving the UK. The boat was a fishing boat used by angling parties. Karto showed me all his lures and tackle and we both wished we could stop to catch some of the fabled enormous cod in abundance in the local waters. It was strange to be in the centre of some of the very best fishing waters in the world with no time to make even one token cast. Ah well! I will just have to go back there one day. http://www.havcruise.no/eng/ 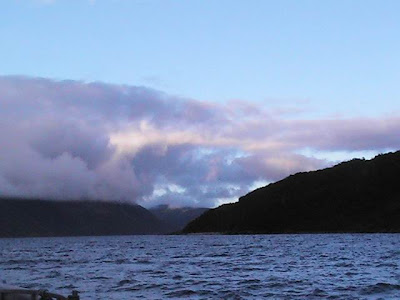 I wish all good things for the inhabitants of Karlsoy. I hope they continue to flourish in their wonderful wilderness. Living there would not suit every one. The winters are extremely harsh but I for one would like to give it a go. The place and the people will always have a place in my heart.
I will always remember the Afghani guy who, with his wife, came to talk with me after the show. He spoke about my rap in ODO when I list the people for whom the piece is dedicated. I say " we do this for the people waiting at borders with no place to go - with out a country - with out a home". He told me how he had gone to Norway as a refugee and was moved by the words and the sentiment and intent of the lyrics. I was very touched by his words. We embraced as brothers and I was content with what we had made in the far north.
My thanks to Steinar and Kris Gray and all who made it possible. Special thanks to Stein and Berit who looked after us in their home. As always, thanks to Spadge and Ric who take such good care of us on the road.

What a fantastic account of a journey to an enchanted Isle.
Topped off by the tale of the Afghani guy finding something so personal in your lyrics. That's always been the power of EBB's music for me - always referencing the issues that matter, so easy to identify with. I'm sure I'm not alone in saying that often a line or a whole song seems to have been written with me or my situation in mind. It hits the spot so often.
shoreham_steve

Wow! What a place! You guys get around dont you? A really neat description that makes me want to get on a plane NOW.
Dez

Edgar I saw your concert at Karlsoy. We came from Trondheim to see you. It was so much worth the trip. Your band is a special group who stay with the people. Me and my wife think your songs are wonderful. You talk for us and we are proud to have seen you live on three times. You are a giant in our lives.
Love and peace