Be safe and well and have a massively satisfying new year 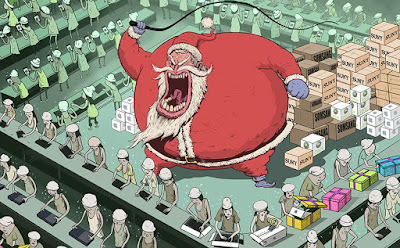 Well here we are again. Almost the end of another year. The gigging year ended very nicely for me. A trip to Haugesund for the Haugaland Prog and Rock Festival in November turned out to be special. I did  a few songs with new friends Arabs in Aspic during their show, and I had a great time hanging out with them. It is likely we will collaborate on a recording project next year. It was nice to have the roar of a band behind me and I really had a great time during my solo set at he Record Fair on the following day. I bumped into many old friends and made a few new ones. John and I had a really good time and John has a high opinion of Norway and the people.

Last gig was at the famous Band on the wall venue in Manchester with Focus. I enjoy playing their gigs and I like their audience a lot. I seem to be able to connect with them although my music is very much of a contrast with Focus. It really helps that the band are very friendly as well as interesting.

Apart from this I have been recording and recording. I seem to have become quite obsessed with the entire process and I am pleased with it all. I guess I am almost half way through toward the finished product. Luke will be heading this way soon to help out with some vocals and orchestrations. Certainly writing posts here has taken a back seat to the recording but so has the fishing so you know I am very serious about my next release.

The winner of best caption for the cartoon above will receive a special mystery package in the new year containing a few goodies.
Please write your captions in the comments section below.


Have a fun holiday. Be safe and well and have a massively satisfying new year.


peace
Posted by edgar broughton at 19:16

Santa lashes out at the state of the 'National Elf Service'.

I hope this is the last time Edgar Broughton releases a Christmas Album!

Al the best for the future Rob
Keith

WHO took my signed Superchip album with the magnifying glass ?

All the best for 2019 to everyone out there.

You are all working for the man - ME. With out me there would be no Christmas. Not even Xmas. So keep making all that shit nobody needs.

"It's OK for you plebs,you'Don't Even Know Which Day It Is' & 'It's Not You' who have to spend an 'Evening Over The Rooftops' then face a 'Chilly Morning Mama' ".

"They're stocking up the shelves.
Santa's slaving at the North Pole
In his sweatshop full of elves" - Loudon Wainwright III

No banter says Santa. No jokes or quips or taste the whip.

That promotion has really gone to his head,

I am writing from RIETI.... yes, just that "hick town in middle Italy" where you played very few minutes at the Kharnoval about 50 years ago.

Our local cultular and historical Archive is working to officially remember the 1969 Kharnoval days and happenings, including the unlucky historical EBB performance you described in the Wasa Wasa inner notes.
We are collecting documents, pictures, interviews, and everything possible from those days.
It will be a pleasure, even to get your long time forgiveness for your abrupt gig stop, to have from you some memories, interview and anything else to be posted in the Rieti Archive official website.
The memorial event is scheduled on April 16.

Awaiting for you kind reply you'll find below my email address.

Hoping ur all well Dazza the scouser.

Come on you lot.
Get those Samsung phones despatched before they catch fire.

So Father Christmas is a Man U supporter then Dazza. Ha ha or should it be Ho ho ho!
Happy new year all.

Happy new year Edgar. We chatted in Manchester at The Band on the wall.
Tom and Derek

How times change. Last time I saw the guy in red he was wearing orange and chanting Hari Krishna in Victoria station.

Hi folks. Could do with a few more entries before end of Jan so how about, have as many goes as you like?
There are some very good entries so far and I have a favourite so give it another go.

Hi all. Thanks for your entries.
Tom and Derek are the winners with - How times change. Last time I saw the guy in red he was wearing orange and chanting Hari Krishna at Victoria Station.
If You guys email me at ebbman@ btinternet.com I will send you one of six Ltd edition embroidered EBB anniversary T shirts, the recently re released Rockpalast DVD and CD, the Ltd edition ONE CD and the EBB live in Hamburg CD. I will sign DVD and CD s.

random guy from germany here. just want to thank you for the music. e.b.band continues to give, so here's the give-back, if only a stupid blog-comment. thanks man and hope you're doing good.
actually yeah, I'm not a robot but I fucking sure as fuck do wish to become one to be part of future robot drone wars to defend my algorithm fuck yea.

so now that I've vented my frustration about taking part in the google machine teaching program to help drones figure out who's a hydrant or not, I once again sinceriously want to say thanks to e.b. for giving music to me and the next guy (who wiĺl be mistaken for a hydrant and hellfirebombed).

Is this site now ended, keep looking but no change