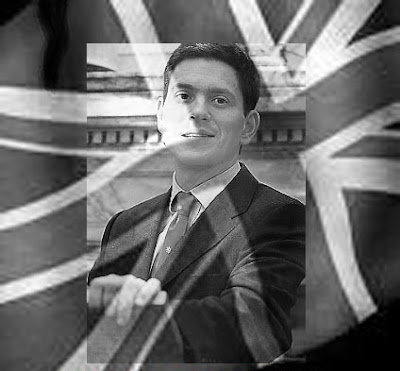 we have ways of making you talk
I am increasingly concerned about the way government is responding to the recent allegations of collusion with the US torture and rendition program and the way this is beginning to impact on all our lives. Jack Straw's recent refusual to allow public access to information around the issue of torture and rendition on the grounds that " It would not be in the public interest", comes as no surprise. After all he is implicated in the great deceits around this war as much as any one .
The actioning of government anti-terrorist policy is devisive, discriminatory and is creating a climate of suspicion and prejudice. Recently the European Parliament has denounced Ireland and 13 other EU countries for collusion with the US to help the CIA carry out secret 'rendition' flights to transport terror suspects. Amnesty International claims three aircraft involved in US rendition flights had links to Shannon Airport. To mark International Day Against Torture, they published a report on Europe's role in rendition and secret detention. The report claims a number of European states either turned a blind eye to rendition or actively participated in it.
According to a 2006 report from the Council of Europe 14 European countries colluded in or tolerated the secret transfer of terrorist suspects by the US and two of them, Poland and Romania, may have harboured CIA detention centres .
That report listed Sweden, Bosnia-Hercegovina, Britain, Italy, Macedonia, Germany and Turkey as countries 'responsible, at varying degrees ... for violations of the rights of specific persons.'
Seven other countries 'could be held responsible for collusion - active or passive', Ireland, Poland, Romania, Spain, Cyprus, Portugal and Greece.
Germany has rejected the charge.
The home secretary, is to be questioned over allegations that British security services colluded in the torture of terrorism suspects and operated under a "James Bond-style get-out clause".
Suspects say they were repeatedly tortured by agents of Pakistan's Inter-Services Intelligence Agency (ISI) before being questioned by MI5.
It is claimed British officials put pressure on the Pakistani authorities to get information and "knew very well" they were using torture during their investigations.
The Home Office has already launched an inquiry into claims that UK intelligence services colluded in the brutal treatment of British citizens and residents in Pakistan. I suggest that an independent equiry to investigate both the Home Office and UK intelligence services be expedited with out delay. David Miliband is himself accused of suppressing torture allegations that might embarrass the British government.
In a recent BBC survey more than 27,000 people in 25 countries were asked if torture would be acceptable if it could provide information to save innocent lives.
Some 36% of those questioned in the US agreed that this use of torture was acceptable, while 58% were unwilling to compromise on human rights
Countries that face political violence are more likely to accept the idea that some degree of torture is permissible. Some polls seemed to indicate difference of opinion along religious lines.
A majority of Jewish respondents in Israel, 53%, favour allowing governments to use some degree of torture to obtain information from those in custody, while 39% want clear rules against it. But Muslims in Israel, who represent 16% of the total number polled, are overwhelmingly against any use of torture.
The British poll indicated 72% were against the use of torture and 24% for it.
The survey suggests that nearly a third of people worldwide back the use of torture in prisons in some circumstances.
I find these figures extremely disturbing though not surprising. The issue is well reported through out the media but there seems to be little reaction from the great British public. Have we forgotten the lessons of our own history so soon? Are we really only concerned with the issues that affect our own immediate well being?
If your door gets kicked down in the middle of the night by the men in masks it is far more likely that they will be officers of the British government than terrorists. Perhaps in the end we do get what we deserve and a prolonged reluctance of the UK masses to enage in any effective protest may lead us to the place we dread most. Or - we could get more hands on rather than sitting on arses tutt tutting.......

It was Jack Straw that gave us the 'Freedom of Information Act' - It seems this 'freedom' comes with strings attached, the government can intervene to block its own act whenever it feels like it.

Dead right Steve. He is a slippery and dangerous character and where there are dodgy dealings there is Jack Staw. Looks like Cameron is set fair to land slide and then what?

Yeas the UK has always been involved in dubious and probably illegal acts in the name of freedom but we have always lagged a little behind other more draconian regimes. Stands to reason the old Empire was not built on being nice and playing the game by decent rules, notwithstanding geneva convention and the like.
Unfortunately we seem to have lost our way in the struggle against the mythological Axis of Evil and our reputation has been badly tarnished by our involvement with Bush and the crazy gang.
perhaps Obama will usher in a more civivlised approach but IO am not holding my breath.
Cheers
Manlico

The Government has given up the moral high ground and beneath it lies a cesspit of lies and deception. They think they know best. This is ruinous arrogance and hubris. Our so called western civilisation is a paper thin camourflage to protect commercial interests. You can add a touch of in-bred racialism and class ridden patronage to this dangerous mix.
Jack Straw? Don't make me laugh. He has proved you can look in two different directions and still keep a straight face.
Now we have the unelected Mandelson threatening our Post Office. Conveniently given a peerage - what for? services to mortgage applications? (when were you last in Hartlepool Mr Mandelson?) And while I'm on the subject, I wondered if Jacqui Smith might help me with my tax return. I'm sure her help with deductable expenses would be most valuable.
I'm sorry, I've gone off at a tangent. The % of the public who believe that torture can be justified is frightening.
Are we sleepwalking to disaster?

Paul, hiding in the Dales.

Yes what ever happened to direct action Rob? The trend was flagged up with the banning of scondary picketing and the planting of the idea in our minds that - there is no way to be supportive of others and no need - we stand alone - there is no such thing as scociety etc.
Sam

Only slightly off topic, but still in the spirit of 'getting off our arses', this quote from a review on amazon of Superchip:-

"(sic) ...while the 80's production may not have worn that well, what actually HAS stood the test of time is this concept album's vision of a population kept docile and happy by the Superchip. The Superchip has arrived, only it's in your computer, and there you sit right now, docile and happy, reading this.."

Indeed, but a million people 'got off their arses' to march through london against the war but our rulers took no notice whatsoever.
Only militant mass non violent direct action can achieve results but sadly, in the state our society is in, even if this were achievable it would be hijacked by violent political and religious elements and 'agent provocoteurs'.
Ghandi had the right approach (but he had a nation on his side)
ps
its the 25th anniversary of the miners strike...jeez!

Direct Action !!!!!
Peter Mandelson covered in green custard.
It's made my day.

And a terrific quote from the lady who propelled the custard too. She said he pretended to be green but the only thing green about him was the slime running through his veins !
Brilliant !
One regret - She should have used the custard we had at school, he'd have been knocked unconscious !