After a hard time getting through the screw ups before the British Airways flight to Prague we finally took off a couple of hours late.I won't bore you with the details. Suffice to say the increasingly limited infra structure and reduced airline resources has not limited their greed and tendency to overbook flights while cutting staff and increasing fare prices.

We were met in Prague by Teresa, the promoters daughter and Jimmy her boy friend. What a delightful couple they are and great company. The time would soon come when they returned from Broumov to Prague and we would miss their interpretation skills. Russia was the language people were forced to speak until the regime was finished and so English is spoken mostly by young people.
John my tour manager and I were happy to arrive at our destination near the Polish border after a three hour drive. 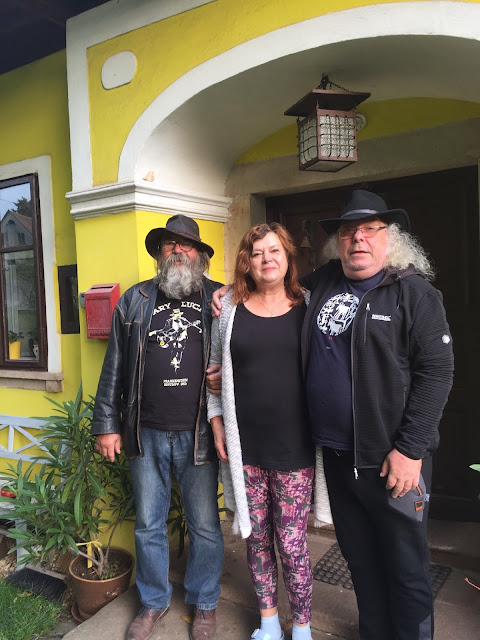 stanislav dasha, our hosts, and me

We arrived at the home of our hosts and found ourselves in a lovely garden peopled by strange statues and a very well trained German Shepard, a dog called Franky, short for Frank Zappa, who is one of Stanislavs favourite musicians. Frank was very well thought of in the Czech Republic after the collapse of the Communist regime and was made minister of culture by president Vaclav Havel, the dissident who became Czech President. Stanislav was also a dissident who served his people and went to jail for doing so. Therefore the title Underground Club Eden has a much more relevant meaning than it might in other territories and the term underground and its dissident connotations, still resonates through the Czech society, even though the communist vote in the last election was almost 13 percent. Freedom from communist rule was hard won and is a reminder that freedom should not be taken for granted.
Stan once invited Havel to a family dinner at a nearby restaurant. The president turned up with a full security and police escort. We watched a video of the event.

Stan and Dasha's home has a small hotel facility on the upper floor and this is where we all stayed. My good friend Walter Krucker was already waiting for us. We had previously met in Slovenia when Walter arranged for me to play a FDPFAFDW gig. He had arranged this public show also. It was great to meet up again and we were to spend a few long hours in the night chatting and drinking cognac. Dasha spoke some German so Walter a native of Switzerland was able to facilitate some translations through Dasha with Stanislav. 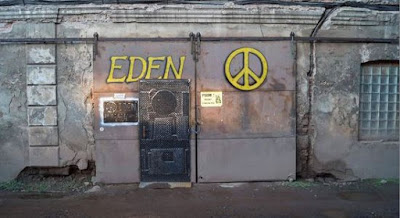 Eden a musical and social paradise

We arrived on the friday and I played the festival at Club Eden on the Saturday. I was concerned before the show that while most of the audience did not speak English my lyrics are important and my stories supplement the songs. I need not have worried the audience was a delight. They were attentive and warm and gave me a very good reception. My encore was Evening Over Rooftops which most of them seemed to know. It was a great experience me for me. The other bands were an interesting mix of mostly underground based music and a very slick top of the bill in the form of ex Lou Reed bass player Fernando Saunders.
The club has a great industrial atmosphere. It was a factory. It retains the post regime vibe and has a wall of pride featuring Havel and others and a wall of shame featuring the despots of the world. It has a few relics from the struggle scattered around the place. For any one interested in modern history and music this is a must visit place. Both John and I are very interested in history so it was a treat to be there.

Below are some of the strange creatures in the garden I referred to earlier. I believe that they are made from materials found at Eden when it was a factory and during its transformation into a club. 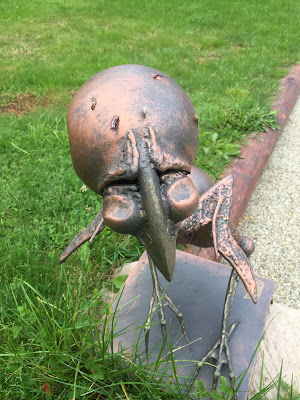 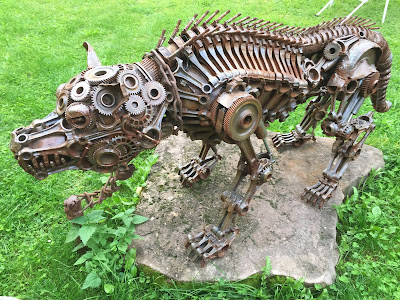 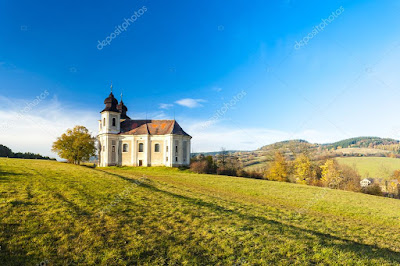 abandoned church on a hill

Next day after the gig we visited an abandoned church on a hill near Stan and Dashas house where The band Plastic People of the Universe played. They were jailed during the regimes hold over Czech. It was sad to see the decaying building which will fall to pieces at some time in the future. Some of the ceiling looked decidedly dodgy as we climbed the stairs to the roof. Stanislav had obtained a digital translator which worked well providing we had a phone signal. We also began to use Google translation which worked quite well for a freebie.

In a nearby forest Stan showed us a cross which he had carried there to commemorate the murder of priests by Czech soldiers. Stan is an amazing character.
Later on in the afternoon Stan took John, Walter and me to a carp lake where we chucked in a couple of hooks buried in bread balls and waited as is the way with carp fishing. We didn't catch but that is ok. Its fishing not catching  Its not for me. I like the action involved with Lure fishing and the mobile approach. It was a lovely evening though and very peaceful by the silvery pool in sunshine.
Next day we said goodbye to Walter who was headed home to Vienna. I am sure we shall all meet up again for another episode.

The high light of our last day was a visit to the beautiful Benedictine monastery in Broumov. Stan's friend Jacob is a guide at the monastery and John and I were given an exclusive guide to the most beautiful ancient building I have ever seen. It is amazing that this edifice was built in the middle of a wilderness on a single road running through it. The chapel was destroyed by fire and entirely rebuilt in 8 years we seems impossible now, never mimd about back then.

The monastery is huge housing a massive library of books where we looked at ancient maps of Europe including the UK. John is very keen on geography and maps so he was thrilled. The monks were treated very badly by the Russian occupation but the Russians restored rooves to maintain some records which ironically saved much of the brick work below from collapse.
Jacob was so keen to tell us the salient facts in a fairly short time and was a very articulate guide. He speaks for or five languages and loves to practise his English. We met up again for dinner that night and he was very useful as a translator now that Walter had left. 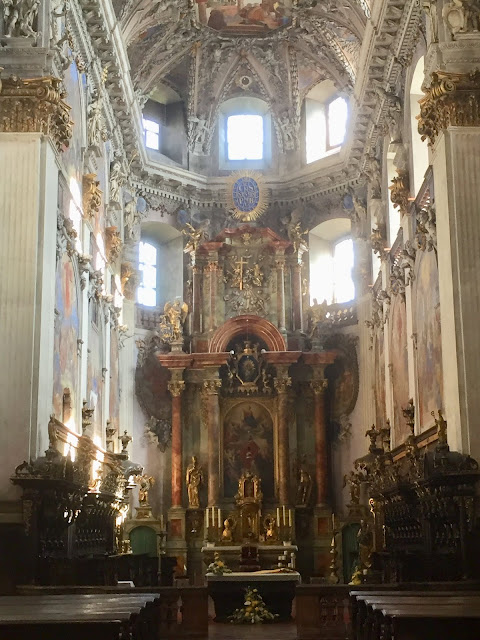 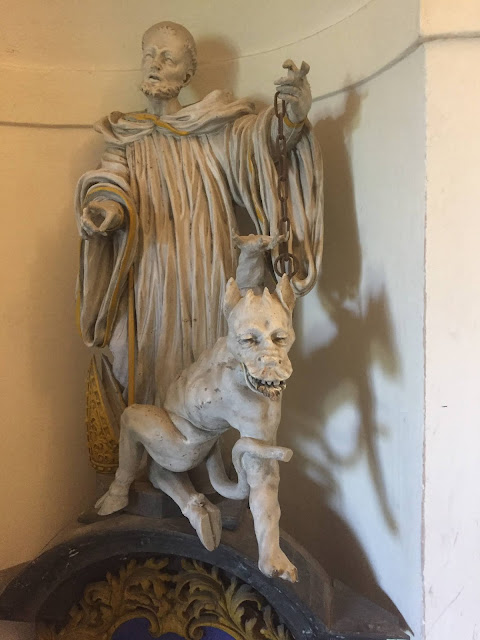 the abbot with the devil on a chain

So we came to the end of a wonderful trip and after some farewells and photos Stan drove us part way to the airport in Prague. Later we met with one of Stan's daughters and her husband who was to drive us the rest of the way. What a trip! I won't forget a moment. Thanks to Dasha for her kindness and excellent food and thanks to Stan for being a special human being.

peace
Posted by edgar broughton at 18:28

Thanks for the write up of your trip which I found fascinating.
All the best
Keith

I would love to talk to you sometime, as you have greatly influenced me and my band mates. If you have time and want to see how you've influenced a 24 year old from America please reply.

Have a great night, and a better tomorrow.