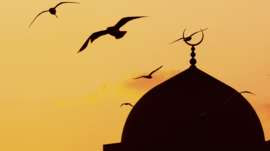 Malaysia Airlines Flight MH17 exploded after being hit by a Russian-made Buk missile over eastern Ukraine. Russian president Putin denied all responsibility. It was said at the time that break away Ukraine militia did not have the expertise to use the Buk system. So who did?

Daesh ( formerly IS) recently claimed responsibility for the bombing of Metro Russian airliner downed in Egypt. Putin began bombing Daesh positions in Syria as well as rebels against Assad who had been bombed by Russian aircraft for some time. Putin offered 30 million for reward leading to apprehension of Metro bombers. As we all know Daesh claimed responsibility for the bombing in Paris. Allende declared war and here we are poised for another major conflict.

It is likely that current bombing by France in Syria, is killing more innocents than those killed in Paris. It is also likely that reprisal will come to all who join the growing alliance against Daesh. It is also clear that Daesh cannot be allowed to continue to expand it's operations. Meanwhile, any one not fighting under the bombs in Syria will probably be heading for a boat. I know I would be.

We are currently courting Turkey to get with the programme to prevent more refugees entering. They might tow the line more if they believe it might be the key to joining the European community. Again this is a country with an appalling human rights record but if it suits us we'll play along.

It is possible that if the numbers of refugees continues to escalate then borders will be closed and the 1985 Schengen treaty that opened the borders will be no more. In the near future the scale and the cost of accepting refugees into Europe could well bring about major sea change in attitudes to the problem. As we seem to move to a more dystopian future it might well be seen as expedient and profitable to form a new world order police force. The UN with teeth, that would include Russia and the NATO and non NATO nations. The objective would be regime change in all of the counties that refugees are leaving. The prize would be new free markets and a centralised control of major resources such as oil and water.

Cameron says he has the legal mandate to bomb Syria but many polls suggest the majority of the British don't support the proposed bombing. Corbyn is not alone in his belief that bombing is not the priority. Many military experts say the extra RAF missions will have little effect. The bombing of London during the second world war has been cited as an example where bombing did not break the people of the UK but actually hardened their resolve to overcome the enemy.

After the bombings what comes next and what happens after that? How will things be managed after Deash?
Are we going to fly missions in Syria in a sort of loose alliance where if for example a UK aircraft is accidentally shot down by a Russian aircraft or ground fire, will we will call it friendly fire and accept the loss as more collateral damage. We are hardly friends are we?
The US say there must be communication with the Russians to prevent this. They shoot up their own in less crowded battle scenes and with Russian, French, British and US aircraft on missions the possible random effects are terrifying.

We should ask why Cameron did not want to bomb Syria to support the anti Assad rebels but now he says he must. It looks like he will do so with a haste that will omit vital chunks of strategy from the plan, according to some serving, senior military officers.

We must find a way to cut off income to Deash and to sanction those who buy Daesh oil. We must stop trading arms that have proven to have been used against the UK military when dodgy regimes turn against us. We know that countless times these regimes use the weapons we sold to to them to oppress their own people or to expand their own territory. There are many examples of this. Tensions between Iran and the US have eased a little recently but there have been times where relations were more than tense. If the US had ever decided to fly missions against Iran, to support Israel for example, they would have been up against Iranian F-14 fighter aircraft they had sold to Iran.

We must stop trading with Saudi no matter what the financial loss might be. How can we take the moral high ground against Deash when we are allied with a country whose justice system regularly carries out Deash style executions, stonings and beatings.

We must stand side by side with Muslims, here in the UK, who are equally opposed to Deash. There must be no mindless back lash or scapegoating.

These past days we have seen a large part of the Labour party and others struggling with a new way of prioritising the elements of major national policy. Change is uncomfortable and challenging. Change is needed and we all have to contribute and participate if we care. We know what is right and proper and we cannot continue to claim the higher moral ground on the world stage if we continue as we are. We need to clean up our act and make way for a fairer more just and reasoned way of governing ourselves and relating to the rest of the world.

Like most people I would like to see Deash and all they stand for defeated and eliminated but a UK knee jerk reaction to the atrocities in France is not the answer.

I don't want to live in a country that bombs civilians and trades with dictators. I don't want to live in a country that has food banks and a growing number of homeless citizens while the average price of a home in London is £350,000. I want to see our priorities changed. I want to see a real move to fostering parity and opportunity for every one of us, with out prejudice or discrimination. I want to be proud of what this country stands for. It is time for change now and while Jeremy Corbyn might not be the solution, he at least wants to have the debate around fundamental issues that have been neglected for decades. I am hopeful for the first time in a long time. I don't believe the changes we need to make are an impossible dream.

Notwithstanding the doubts and misgivings about air strikes many of us have it is worth watching Hilary Benn's 13 minute pre vote speech in full. Benn is no gung ho warmonger or apologist for Cameron, his speech was however, considered, impassioned, serious and, I have to say, pretty convincing.

And just who are these vitriolic trolls who are attacking pro airstrike Labour MPs? Maybe 'they doth protest too much'...they would certainly be first against the wall under Daesh's death culture. Perhaps they can tolerate no dissent, just like Daesh.

Either option, airstrikes or no airstrikes, is not without problems and potentially dreadful consequences. A transnational UN force would indeed be the best scenario to defeat Daesh but sadly this looks unlikely at the moment, if ever.

We were always going to lose the vote and watch ourselves dragged into another dodgy war. ISIS have to be eradicated but the plan is ropey and the US is hanging back.