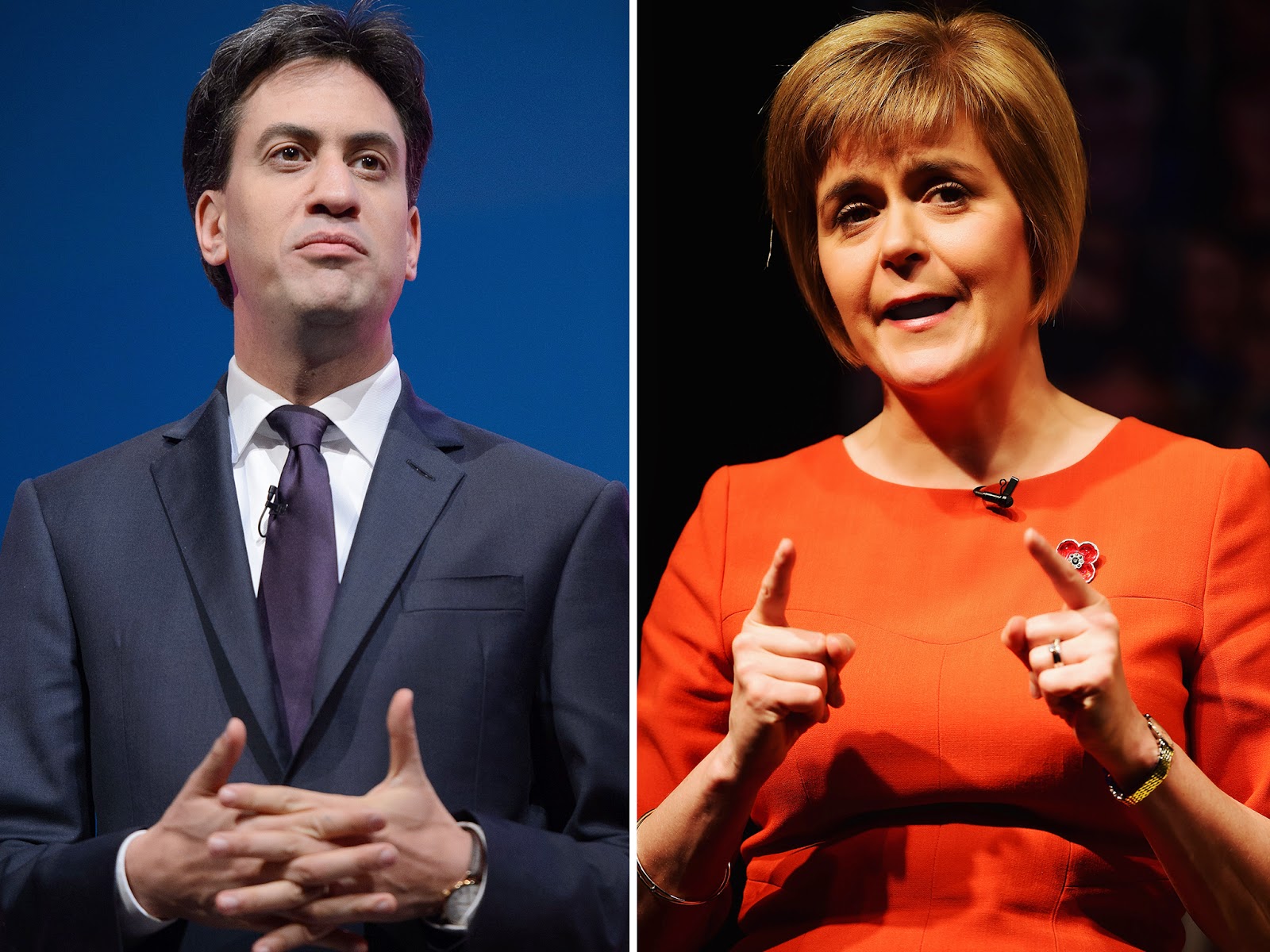 The current crop of conventional politicians are mostly running scared of Nicola Sturgeon. Why? Because she is a socialist? If that is the case then why are they afraid? In my life I have not experienced a socialist government. On my travels I have occasionally been among those considered by most to be the more extreme elements such as The Socialist Workers Party and others, but I quickly rejected their inflexible, strange and unworkable aims. I believe a socialistic government, who simply has different priorities from the grey leaders we now have, could be a way forward for a political system that needs reform. We need politicians that represent the needs of the people of the UK in a one world context before the wants of those who exploit the free market without let or hindrance.

Surely there must be a compromise between the rampant greed inspired and facilitated by the capitalist system and the excesses of redundant, old fashioned socialism.

So why should we be afraid of Nicola Sturgeon, Natalie Bennett and Leanne Wood? Much of what they say resonates with me. They speak of fairness and justice and opportunity for the many as distinct from a society where the few hold sway and decide for us how we shall live. It is a simple but straightforward departure from the politics that has alienated young and old alike. We are in crisis but at this time the deficit is not the issue.

The issue is how can we get improvements that spring from compassion and caring from a coalition that tries to address the real needs of the people, towards a just and more equal society? If we re-prioritise along the lines of Sturgeon and her women colleagues then I believe the benefit would be felt in every walk and strand of our society.

Is she the answer? Probably not but Miliband should not be afraid. If he is what he says he is then, surely they could be allies against the crushing effects of the narrow, ideological Tory manifesto. Stop the rot. Stop the poorest paying most for the cost of saving Cameron's chums and the banker's.

Cameron has shown his Thatcherist streak and a zealous commitment to an austerity policy that will further reduce public services including social care for the most needy in the UK.

Nicola Sturgeon has been described as dangerous. I quite like the sound of that, especially when I look at who is saying it. Deutsche Bank says that taxes and interest rates will rise under a Labour/ SNP government. That statement can be no surprise to anyone. It's a fu+*ing bank.( *see footnote).

Grey John Major is another fear monger. He claims that if Miliband got in Sturgeon would run his game. This is the ex Prime Minister who was run out of town by the extreme right wing posse in his party.

Major and Cameron and their like are scared of real change. They have never had it so good. While Cameron still talks of his great economic revival, throughout the UK people are not feeling the benefit and vital services are shedding top quality staff as it becomes more impossible to deliver service. A recent poll found that nurses did not have time to feed and properly care for sick patients. Yes, in the UK Mr Cameron. So much then for Tory spin and it has to stop. One Tory suggested that for Tories in Scotland, it might be better to vote Labour than have the SNP. They are in a state aren't they?

It has always been so and now it is even more crucial that the women have their say. If Nicola Sturgeon wants to separate Scotland from The UK then I am ok with that if the people of Scotland want it. It will only come about if Westminster fails to address the needs of the people over the boarder as it has failed the people of England, Wales and Northern Ireland for decades. Miliband can keep the Tories out and any subsequent deals with other parties can hardly be worse than the last combo.

I hoped that whats his name, the LibDem bloke would at least be a brake on the excesses of Cameron but the result was mixed and not entirely what I had hoped for. If it was to be Miliband chivvied along a bit by Sturgeon that could work for me. What do you think?

The time is near. Vote for change.


*Latest - The New York State Department of Financial Services (NYDFS) announced on Thursday 23rd April that Deutsche Bank had agreed to pay $2.5 billion (2.3 billion euros) to US and UK authorities as part of a legal settlement over the bank's role in manipulating the London Interbank Offered Rate (Libor).

Re HSBC threat to move head office out of UK.
If they do it all HSBC UK customers should change banks. That is one example of how we might fight back. Remember that?

peace
Posted by edgar broughton at 19:51

THERE IS NO CHOICE....LIBERAL OR GREEN?

Better to stick with Ed as I feel we know what he stands for. It's been too long since we had real socialism such as that offered by Nicola Sturgeon and I am not sure we are ready for it. We just need to be sure Nige and his chums are not given any power.

Greens yes, Liberals no. But a vote for the Greens might be the start of a long haul and might let in the Tories. Miliband has the credentials and is the key to breaking the punishing Tory austerity doctrine. It is time for change and something least expected, we can see the difference between the parties. If Farage gets seats those who voted for him will look back one day with shame. A vote for the Liberals is a bad move, was and will be for some time to come. Some of us are ready for well reasoned socialism.

I couldn't agree more with the last commentator. Vote Ed and let us see what he is made of. He is not Blair and has promised to adjust the gap between the haves and have nots. That'll do for now.
Jake

Ps Loved ya gig at the Robin and Luke was really great. A good night.

Thanks Jake. It was good to meet you.

I think I agree with the comments prior to yours too.

Just can't trust the Libs. Though they should be good for a Labour coalition I doubt they would deliver. I see Billy Bragg has sympathy for the Ukippers on the grounds they will be passed over through a lack of proportional representation. Ah!