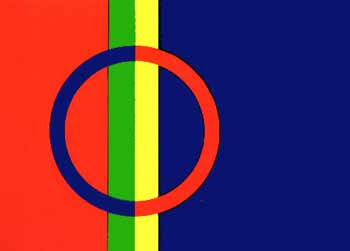 The muse is upon me. My very dear friend Ramblin’ has sent me a link to a folk music site that contains some lovely Yoik. http://www.folksylinks.it/folksy_s.html
This is the ethnic vocal style of Northern Norway as performed by the Sami people. When I first heard this beautiful music it struck a magic chord in me and I some times include a little of my interpretation of the form in our shows. I really would like to jam with some Yoik practioners some time. I am going to do two things about this. First I am going to ask a Norwegian friend to pave the way, if possible and the second thing I am going to do is demo some ideas I have had for my own material incorporating the Yoik style.
It seems that Yoik is probably one of the last forms of European tribal music that is still very much intact and is practised in much the same way, with same motivations and spirit as it always was. Wonderful!
Mean while check out http://www.vuelie.no/en/ulla_en.htm I’m in love(again).

We had a band meeting at my place yesterday. The main agenda was the ongoing recordings and how we are going to revise the web site etc, etc. Every thing seems to take us such a long time We are all looking forward to the Norwegian shows scheduled for August this year. It will be some time before we return to these shores to perform, probably next year when we plan to tour the new songs in a revised show. Mean while it is very pleasing to play the odd one off show to fans in Germany and Norway and we’ll be going back to Greece some time next year. We are adding new songs to the live show all the time and will be rehearsing in May when we hope to add still more. Of course our main priority is to record and then record some more. Luke and Steve have been working hard on the programmed stage of the song Six White Horses.
Early versions of 2 new songs I made with Luke on the EB Band Myspace - In the Bloom and Ice on fire http://www.myspace.com/97329855

Poor old cloggy Prescott it seems he is after all, a little bit more interesting than one might think and not just a prat. Gordon Tax ‘em Brown gets worse or is it me? What happens to these people? I’ve temporarily lost interest in their machinations. It won’t last and will pass but I am so sick of the disappointment of this government that I am going take a sabbatical from stressing about UK politics for a while and practise my Yoika . Still, recession is on it’s way and we will see the big wake up soon.

Chinese arms ships off the coast of South Africa bearing arms for Zimbabwe. No surprise there though.
BEIJING, April 25 (Xinhua) -- China's central government department will meet with Dalai's private representative in the coming days, Xinhua learned from official sources on Friday.
"In view of the requests repeatedly made by the Dalai side for resuming talks, the relevant department of the central government will have contact and consultation with Dalai's private representative in the coming days," an official said.
"The policy of the central government towards Dalai has been consistent and the door of dialogue has remained open," he said.
"It is hoped that through contact and consultation, the Dalai side will take credible moves to stop activities aimed at splitting China, stop plotting and inciting violence and stop disrupting and sabotaging the Beijing Olympic Games so as to create conditions for talks.
Yeah, of course, I almost forgot, the Dalai Lama is a seditious rebel bent on violence and sabotage whereas the Chinese Government is a benign and stabilising influence who will liberate the Tibetans from their medieval misconceptions. Presumably they will also liberate the people of Zimbabwe by supplying arms to their crazed dictator. When a UN rep recently met with the syphilitic Mugabe the rep suggested that the thousands of homeless might be temporarily housed in tents supplied by the UN. Mugabe's answer was "Arabs live in tents not people from Zimbabwe" and he declined the offer.
I have found a one off sepia ONE picture disk Ramblin’ made for a competition. I must have missed it when I burned the last copies. I am going to put all of the ONE tracks and some new songs on it. The best caption for the photo below will win it. What is Art thinking ?
Usual rules. As many entries as you like with different names.
Leave suggested captions in the comments section.
Art will be the sole judge of the best caption. The winner can email postal details and we'll send you the disk. Competition ends on Friday the 9th of May when I expect the EB Band will be rehearsing. 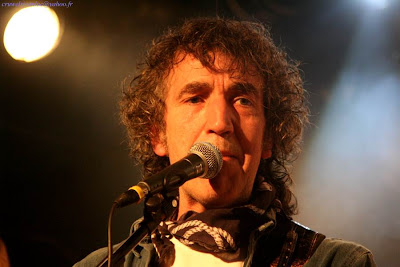 The Chinese Government is going to lose the PR battle especially if the games go ahead, and they will, so lets make as much noise as we can.
Lovely links. Thanx for them.
very interesting and diverse, as usual. Keep up the good work guys.
Tomma

Art is thinking
Have I got time to get an ice cream before Rob notices I'm gone?

Checked out the joik. never heard of it before. Its really great.
Bejing Olympics - Out demons out

or
"no sir I DONT want to go to war!" now adlib your way out of that one Rob!!


cheers from half the man i was.

I had the pleasure to work with a sami girl last year, apparently a tender,bit shy and cute one with a beautiful look that with no doubt tells who she is and where she comes from.
Well, this girl captured reindeer with a lasso, drove her snow scooter better than anyone, and I'm sure she would be able to make wet wood burn...
Respect for Inga !

Or
WOW, look at that hottie...ohhmmmpph....one night with her...well back in the old days I definately would've banged her

Hang on a minute, I thought this one was Hotel Room.

God - look at her - why can we only speak down the wires.
Sammy
x

For f***s sake some one tell the roadie you can't put your finger in there.
Yeah Yoik is very cool!
Alley Cat

is it me or is the tone of this string going rapidly downhill?
lol
Peace
x

Oi, me me, put the bleedin spot light on ME for a change!

No my hair stylest is not German..why do you ask?

mmmm wonder if they do a curry smorgas board her in Norway!

"services to music... thank you ma'am, it's an honour"

Arts thinking, Its a really good job Lukes around to keep me grounded cause I really do look too young to be in this band. The dogs dad.

I'm slowly being strangled by a snake pretending to be a scarf !