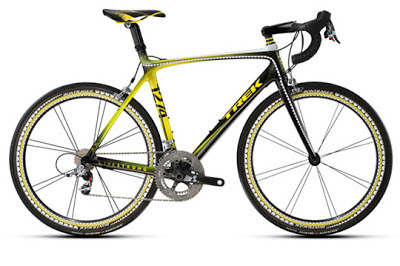 "It's not about the bike" - Lance Armstrong

As many of you will know by now I am and have always been excited by cycle racing since I was a kid. My dad was a successful amateur Time trial ling cyclist before world war two came along and ruined any chance of a pro career.
So, Bradley Wiggins won the Tour de France clean or did he? I believe he did and in doing so opened up the amazing sport of competitive road cycle racing to a new and very large following in the UK. Some people will wonder  whether or not his success was helped along with performance enhancing drugs, especially after the Lance Armstrong debacle.
I stayed up to watch the Lance Armstrong interviews with Opra Winfrey. The first half of the Oprah interview revealed a man incapable of true contrition and incapable of real empathy. I saw a man who has a new agenda and I do not trust his motives one iota. He has the air of a man who has finally succumbed to the realisation that there is nowhere to run and must talk about that terrible man he used to be, especially now that the possibility of being tried for perjury has expired.
He accepts that he has done us wrong but wants our forgiveness just because he thinks he deserves it and - after all are we not better than him? He has learned from his obvious recent therapy that a new approach is needed. He is a very bright and articulate monster who doesn’t like the cage he has created for himself and wants to be allowed to play with the nice children again.
With the typical candour of the wanna be born again he lists his crimes and speaks about the man who committed them as some one he used to know and he attempts to join us, as one of his critics. He would have us believe that he is glad the charade is finally over and his bullying of any one who stands in his way or threatens his plans can be at an end.
He doesn’t expect forgiveness from those he has personally vilified for accusing him of blood doping and fixing up with “his cocktail” of performance enhancing drugs, nor should he. It will be a long time, if ever, before the riders he cheated out of winning will be ok with things and I am speaking of the few clean riders of his era. He beat our Chris Boardman in a prologue in one Tour De France and he later went on to win it. Chris was a prologue specialist but a clean example. Now we must wonder if Chris would have beaten Armstrong if Armstrong had been clean of EPO and there are many other examples where a rider was beaten by the man who says “ I knew I would win”.
Armstrong has had to face the trauma of telling his son not to defend him at school because his dad is, in fact, a cheat. He seemed more upset for himself than for his son. He has lost the support of those who backed him through out the accusations and denials. He has sued virtually every one who challenged his claim to be a clean rider. He has lost all of his sponsorship deals with the likes of Trek, Nike and Oakley.
Armstrong cannot compete any where at any level in an officially sanctioned event and that is as it should be. He accepts this but thinks it is unfair and like “a death sentence” compared to the six months ban others received for testifying and testifying against him. There is a school of opinion that would like to see him jailed for fraud on a massive scale but he doesn’t yet seem to realise the extent of the damage he has done to pro cycling. For those of us who have followed the Tour for many years he has ruined it and left a legacy of mistrust. Do I feel any pity for him? Oh yes, as in - see ya, wouldn’t wanna be ya.
Armstrong claims to be an optimist and I'll bet any thing that he describes many of those opposing him as pessimists. It is a dangerous mind set when deluded optimism dictates that all will be well, the show must go on at any cost and any challenge to that must be put down.
He must be a lonely man compared to how his life was a few years ago. He would still have every thing had he won a tour or two clean. Some of us suspected he was doping a long time ago but none of us had much idea as to the extent of it.
He speaks endlessly about “the process” and much of what he suggests seems rooted in his attempt to get it together with therapy. It is clear the man has accepted he has done wrong and it is clear the therapy has convinced him that now is the time to begin the road back to being loved again but the narcissist has not gone away. So, is he the deviant little shit at the back of the school bike sheds letting our tyres down or is he a man with new found sincere intentions? The jury is out.

Posted by edgar broughton at 19:33

It's all just sad....The Ophra show was indeed not a Home fit for a hero, just a cheat....sad, esp for all the clean and hard working real heroes that lost their big and well earned time in glory wrongly being number two due to a nobody that cheated with the ugly grin of a coyote claiming being the best...shame is a word to weak.....but hey, this might be a wake up call and hopefully this marvellous sport will be cleaner in the future, no cred to Armstrong no matter what.

I don't usually leave a comment but as a fellow cyclist this has really got to me.
He is a very damaged and defiant man who has no place in public life. The idea that this man might want to be part of the process of professional cycling's reconciliation and moving on process (that word again) is repugnant. Like letting the abusers look after the children.
Simpkins

Should the question be - do we actually care? Or WHY do we care if we do? People are starving on our streets yet still we feel the need to feed the egos of these celebrities which is what sportspersons have become. Take the money out of it & it would go back to sport. He probably knows the price of a new bike but does he know the value of anything? Comparing him to a child abuser is rather dramatic though it could be argued that all these personalities are molesting our children in other more convert ways. Everybody deserves a second chance though so I guess give Armstrong one but whether he mends his way so to speak or laughs in the face of the chance givers who knows but that I guess is your human being for you. Wish we would get off our bums & give Cameron an ultimatum & with him NO SECOND CHANCE. Somehow though we seem to be more concerned with what Armstrong is doing or whose on the front of Hello magazine as it is cold out there so I will sit with me chips in me chair moaning at the flat screen in the middle of my lounge & think how this is all becoming very farenheit 451.

Just read the news that the biography being written by Sally Fadelle is now not going to happen & it is obvious you blame her in some way. Maybe it would be good to hear both sides of it. I understood it was going well ALL of it!!!!!!!!

In the free market every one has their price. That price is dictated by market forces. A fair days pay for a fair days work? The way the free market has evolved means that we are beginning to see that the real cost is often much higher then we previously thought. It doesn't work any more.

We need new thinking at the top of Government that is inclusive and as a matter of pride and principle would not allow the conditions that thousands of people are now living in.

We need heroes. people who are set standards by examples of great endeavour and valiant achievement. It is why we went to the moon. It is why we will go to Mars.

Armstrong is a fake but, it is important hence the huge reaction. No one likes a cheat who was considered to have been a hero.
Armstrong has abused the trust placed in him and it is all the more poignant when a child's hero betrays that trust.

Re Cameron you know my cry - get off your arses and fight back, NOW!

Re the flat screen - you can always spend more time in front of the computer screen, forget Farenheit 451 and join with 38 Degrees and The Coalition of Resistance.

Re biog, Thanks for your concern. But there is no need. These things happen. I wish Sally well and success in all her projects as I am sure she does me. Hey! There's no vibrations but wait.

Armstrong is not strong and pitied or hated it's over for him. Huzah!!!!!!!
BUSTING2TEL

Theres no vibrations but wait. Good title for a biography. Will you be writing your autobiography now?

No. I couldn't get to grips with the chronology ( dates, timings etc )but I might write a memoir. Then I would only have to write what I can remember.

I have to admit, that when I rode to Wales with Rob and his dad back in the 80's, I was occasionally on performance debilitating drugs - please don't think too harshly of me, I had to do it as it was the only way Rob and his dad could keep up with me!

P.S. Me ex Lance fan (but often wondered) - unless names are named, and not just by him, this will take a long time running down a dark cul-de-sac.
P.P.S. Greg Lemond used to say "I have good days and bad days - How come these other guys never have any bad days?"