heart of the midlands 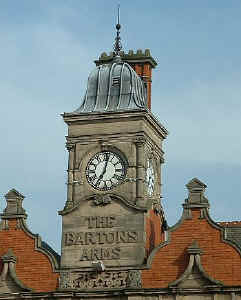 Dring - ring – ring – dring – ring – dring. The phone rings at 38 Kipling Avenue, Warwick. It is a hot summer day. Joyce ( mum) gets to the phone first. Joyce answers in her slightly Mrs Bouquet / posh telephone answering voice. “Hello Warwick 43859”. It’s an agent in Birmingham who we have been pestering / harassing to get a gig for The Original Roadrunners ( our name at the time ). He has been let down by a pop group ( sneer!) and asks if we can play at a club in Birmingham called the Elbow Room. This is a coup. Not only that but we will be playing the background music for two strippers. The agent asks if we can play the gig that evening. We agree. We always did at this stage of proceedings. A gig was a gig and it didn’t really matter where or what it was. Later we drive in the dark to Birmingham and find the gig.


The Elbow Room was a narrow corridor and there was little elbow  room hence the name. We set up and wait. It’s a late night job and these always suited me. We play some blues and then the strippers appear. Poor old Barry Compton, our bass player at the time, didn’t know where to look and his serious face reddened up as the girls divested them selves of their flimsies. I knew where to look though and enjoyed every minute. I remember telling Joyce it was playing the gig that was the best bit but I lied. The girls were lovely to me and I liked them. We actually got paid and returned home to Warwick as it was getting light.


Birmingham and it’s people were always part of our life in Warwick. Joyce was a Brummie so we often visited the relatives in Birmingham and our lovely Gran Edie, Joyce’s mother. I’m walking through Birmingham again. It is 40 plus years later. I am with Steve White and his mates and we are headed for the Barton Arms venue for his 55th birthday party and my FDPFAFDW appearance.
As we approached the Barton Arms I glanced across the street and noticed a sign over a small club. It proclaimed The Elbow Room. A small wave of pure nostalgia washed over me for a moment. I was back almost where the story of the EBB began. Full circle and what a journey! I have to say I was pleased not to be playing The Elbow Room though.
The venue was a surprise. We ate some Thai food and I checked out the upstairs room where I was to play. Victoriana and good acoustics. It was obviously a room that had seen some extraordinary scenes. In it’s heyday the Barton was host to the great luminaries of the stage who appeared at The Hippodrome nearby, now sadly gone. The whole building is still in fine condition even though it was set on fire during the recent riots. It must have been a very grand place to drink in and be be able to rub shoulders with the famous stars who stayed there. 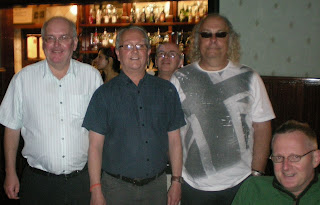 
Pete the Scouser ( roadie ) had collected an amp for me but it was more suitable for an electric guitar. He immediately suggested going back for another and re-appeared soon after with a nice little acoustic amp. What a super nice bloke! Thanks Pete. 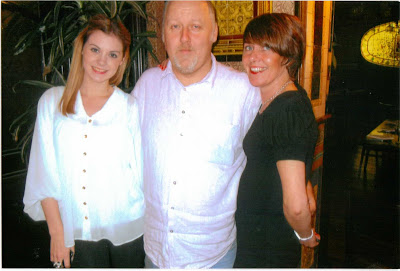 pete the scouser and crew

Ensconced in a meeting room behind the bar I tuned up and chilled and tried unsuccessfully to finish writing a song I am still working on. Soon it was time to hit the stage and meet my audience who proved to be warm and receptive just like it is on all of these gigs.
I am always pleased and proud to find that so many of the folk, and their friends, who book me to play at their private function are “people workers”. They are social workers, youth workers, nurses, people who work with young offenders and so on. This event was no exception. 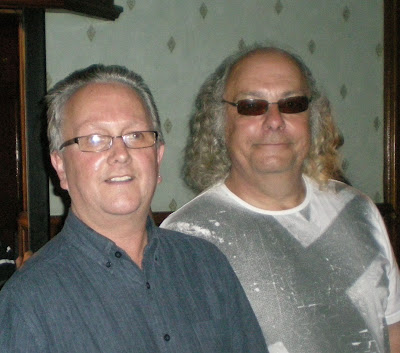 steve and yours truly

As it was Steve’s birthday I dedicated a song called This England that had it’s first airing at his gig. I had the printed lyric on the floor but I didn’t need it. Some songs do go in the memory more easily than others. 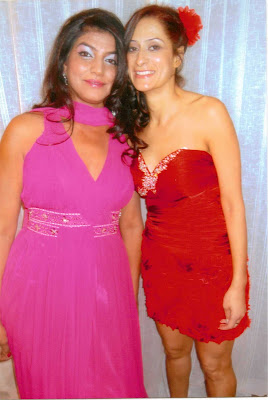 The evening was going nicely and soon I had come to the end of my show and it was time to mingle and try to get to know a few folk. It was time for the cake and Sue, Steve’s lovely missus, and his son Sean appeared with candles lit. Actually the cake was extremely delicious and I had to resist a second portion. 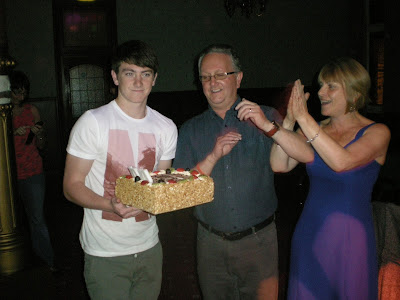 Time for the disco. This was DJ’d by the very able and professional Paul Swaby who hosts a show on local radio. He really knew how to spin some thing for every one. I enjoyed some of the silly, semi - senior dancing which included a very silly dance lead by Steve to the song Monster Mash. It was great to see this diverse gathering of friends having such a good time. It is a privilege for me to join with folk on these gigs and to be welcomed so warmly into their circle. 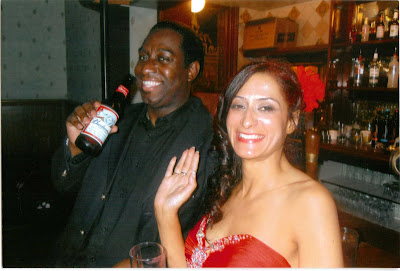 It was a proper rocking night and a job well done by all who had worked to make it right. It was time to head off in a cab along with Steve’s mates John and Andy and Jeff who was to be my late night drinking companion at the Adam and Eve pub where we enjoyed some of the coolest dance music around. I wrote about this in a previous post - The young ones – positive images. http://thefirstsupper.blogspot.com/2011/09/young-ones.html
I enjoyed my stay in Birmingham. Proper, quality people in the heart of the midlands. Thanks folks! There is one more FDPFAFDW gig left on the date sheet for 2011 and they have all been fantastic for me. I have made many new friends. I am taking bookings for Fair Days Pay For A fair Days Work gigs for 2012 so I hope I will get to meet many more of you.

Posted by edgar broughton at 21:12

Played the Barton Arms a couple of times (and it was closed down shortly afterwards!) in the late 80s. A truly lovely venue, as is the Drum next door.

Belated acknowledgement on here to Edgar for a great evening enjoyed by old and some new fans.
Truly memorable 55th!